I had a conversation with a friend who asked me which
food event I was going to attend this weekend?

I had been to the original Smorgasburg in Brooklyn
and the food was fantastic!

It's now in Los Angeles!

The famous Ramen Burger got it's start
at Smorgasburg in Brooklyn.

See some of my Smorgasburg pics from Brooklyn
HERE

Not being too familiar with the food vendors at
Smorgasburg, my friend asked what am I looking forward
to on Opening Day?

Besides my friends and LA favorites:

Here's what I'm looking forward to at Smorg LA: 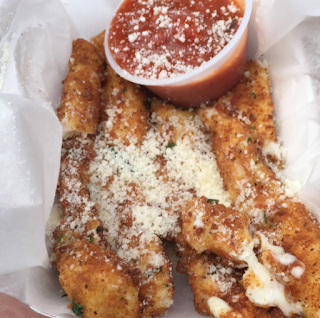 There's nothing like fried mozzarella cheese
and marinara sauce.

This was one of my favorites at Smorgasburg
in Williamsburg (Brooklyn) and making their
L.A. debut at Smorg. 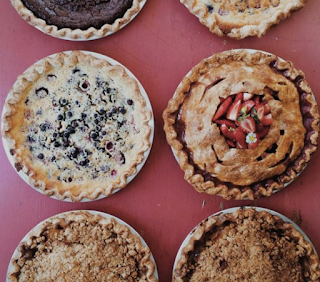 I've been waiting for Nicole's pies for awhile,
ever since I got to taste her Strawberry - Rhubarb pie
at an event in Hollywood earlier this year.

You may know her from the donuts at Cofax.
IMHO, I think her pies are even better. 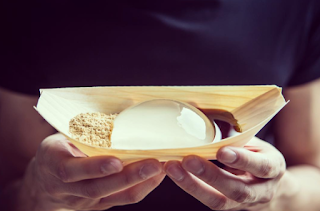 Although I've had a Raindrop Cake before,
I think it's one of those desserts that
you need to try. 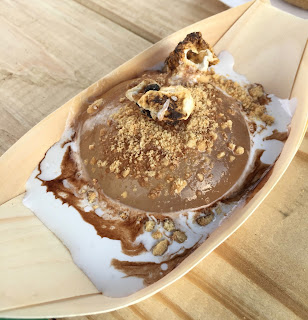 The S'mores Version
with chocolate, marshmallow fluff, and
toasted marshmallows on top.

They also have a green tea version. 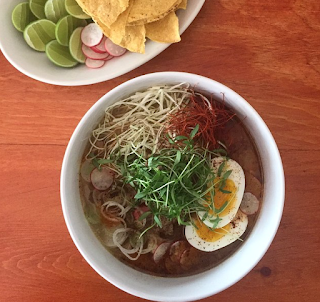 Chef Ted Montoya brings a customizable
posole to Smorg LA.  I met Ted, and his wife
Melissa, and look forward to my customizable
bowl on Sunday.

He'll be doing tamales too. 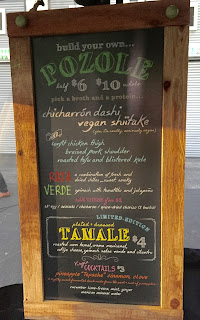 I really enjoyed it and will be back! 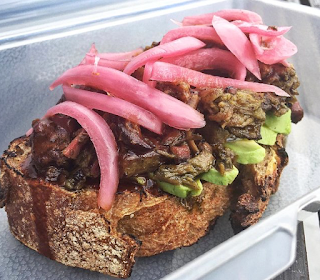 Got to meet a couple of the chefs,
they blew me away with their smokey
chocolate chip cookie... 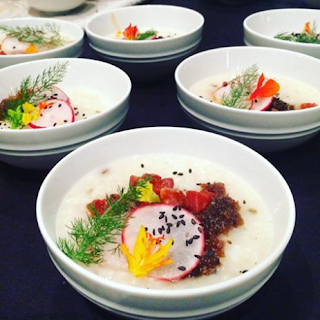 Photo by Porridge and Puffs

I've been a fan of Chef Minh Phan,
of Porridge and Puff,
and have been looking forward to her porridge.
Especially since I work during her farmers market
appearances in Hollywood.
Now I can enjoy at Smorg LA.

BTW, Jonathan Gold is a Porridge and Puff fan too... 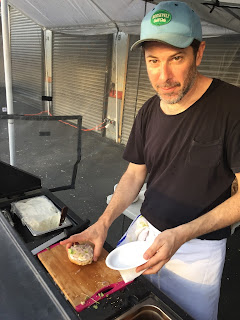 A variety of bagels and toppings. 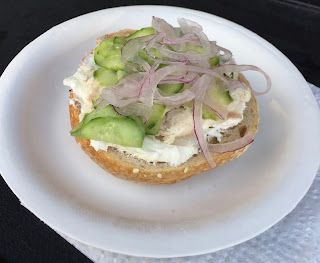 Had a whitefish with cucumbers and red onions
on a sesame bagel.

It was sooo good!

The avocado one was pretty good too. 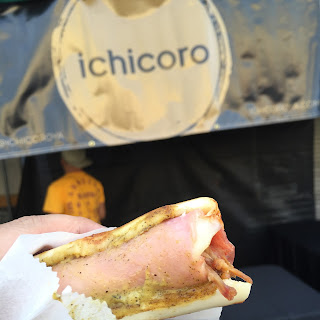 A take on a Cuban sandwich with a pressed steamed bun
with roast pork, ham, cheese, pickles, and with a Zuzu
jalapeno mayo mustard. 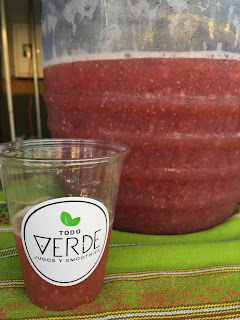 The Amorcito
from Todo Verde

An agua fresca with strawberry, rose, chia seeds,
and maple syrup.  Since it will be a hot one on Sunday,
time to cool down with a nice agua fresca. 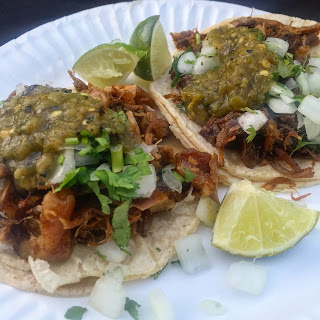 If you follow me, you know I can eat tacos
all day long.  Knowing this is Smorg LA,
I knew this vendor would be really good.

I got to attend the Vendor Welcome Party
and got to sample their carnitas.
Let me tell you, it was one of the best I've had
in awhile, it was that good!

These are just a few of the food vendors I'm looking
forward to visiting.  There are a lot of other vendors that
I'm looking forward in trying on the Sundays I attend.

Let me know your favorites!

Besides food, there'll be shopping too,
sorry occupational hazard...