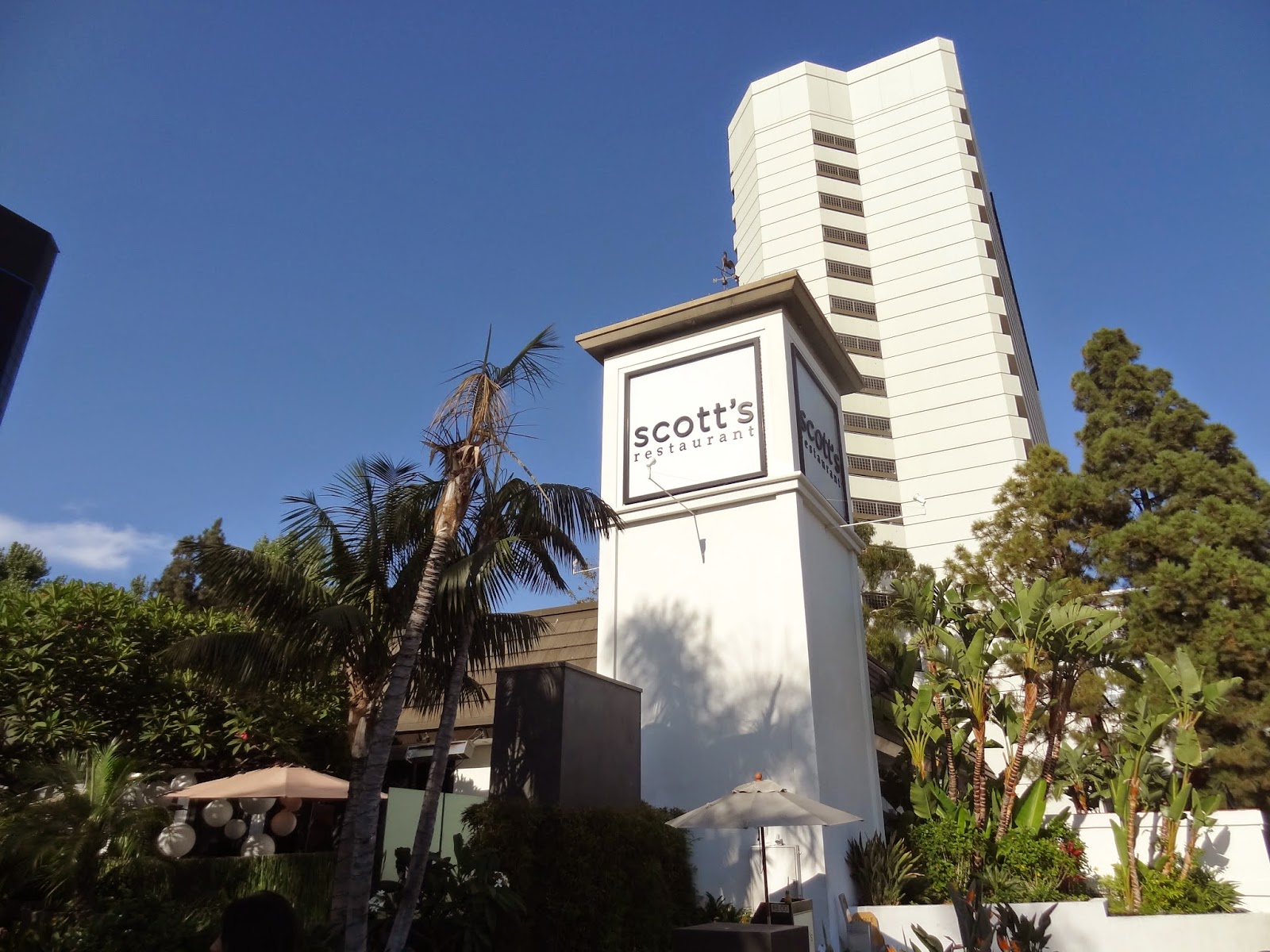 My foodie / food event friend, Kristie Hang, mentioned
she was asked to judge a chef competition for charity.

The competition will be at Scott's Restaurant in Costa Mesa,
I had met Executive Chef Michael Doctulero
at the Taste of South Coast Plaza, hosted by Kristie Hang,
so I knew it would be great and needed to invite myself. 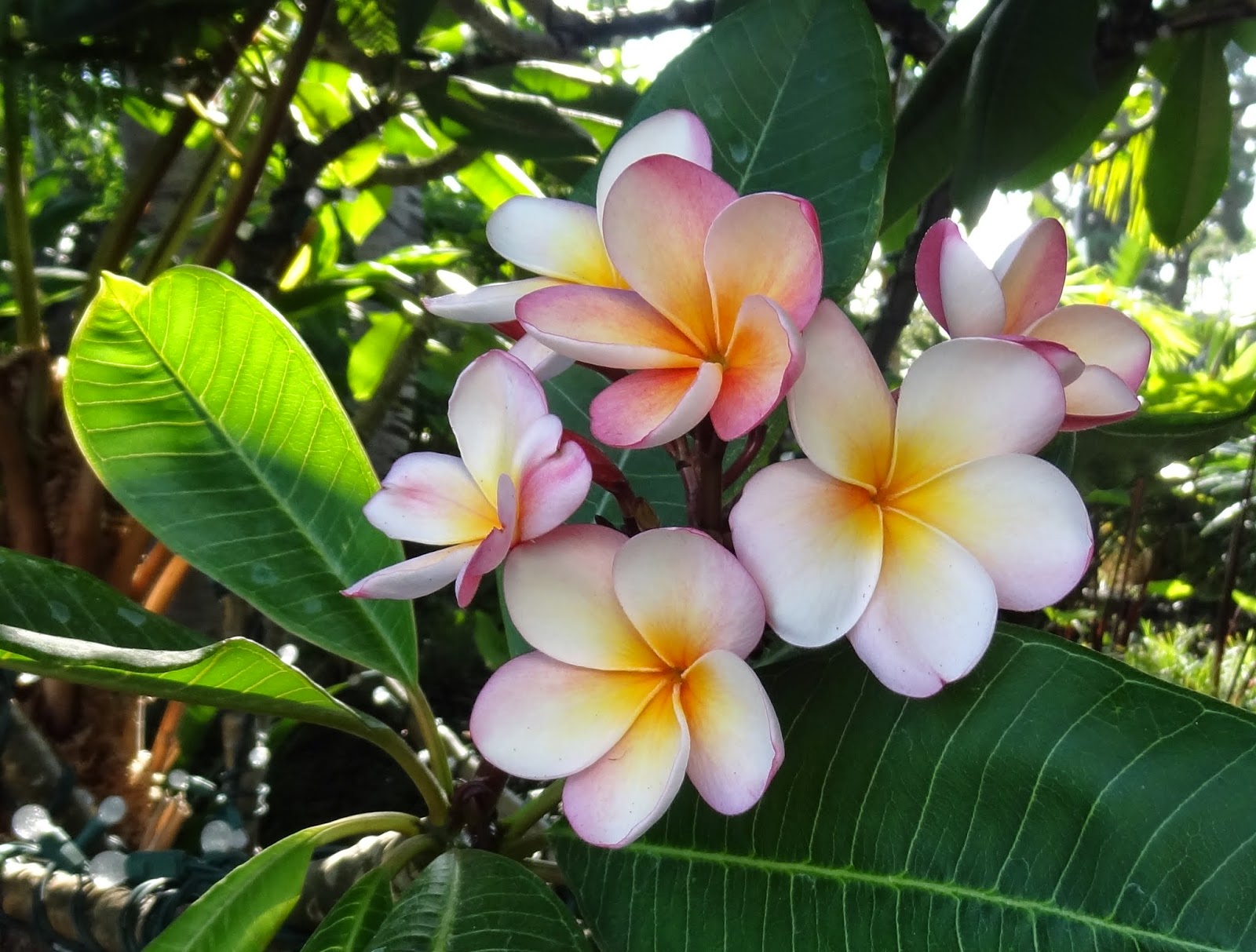 Beautiful Plumeria trees as you enter the restaurant. 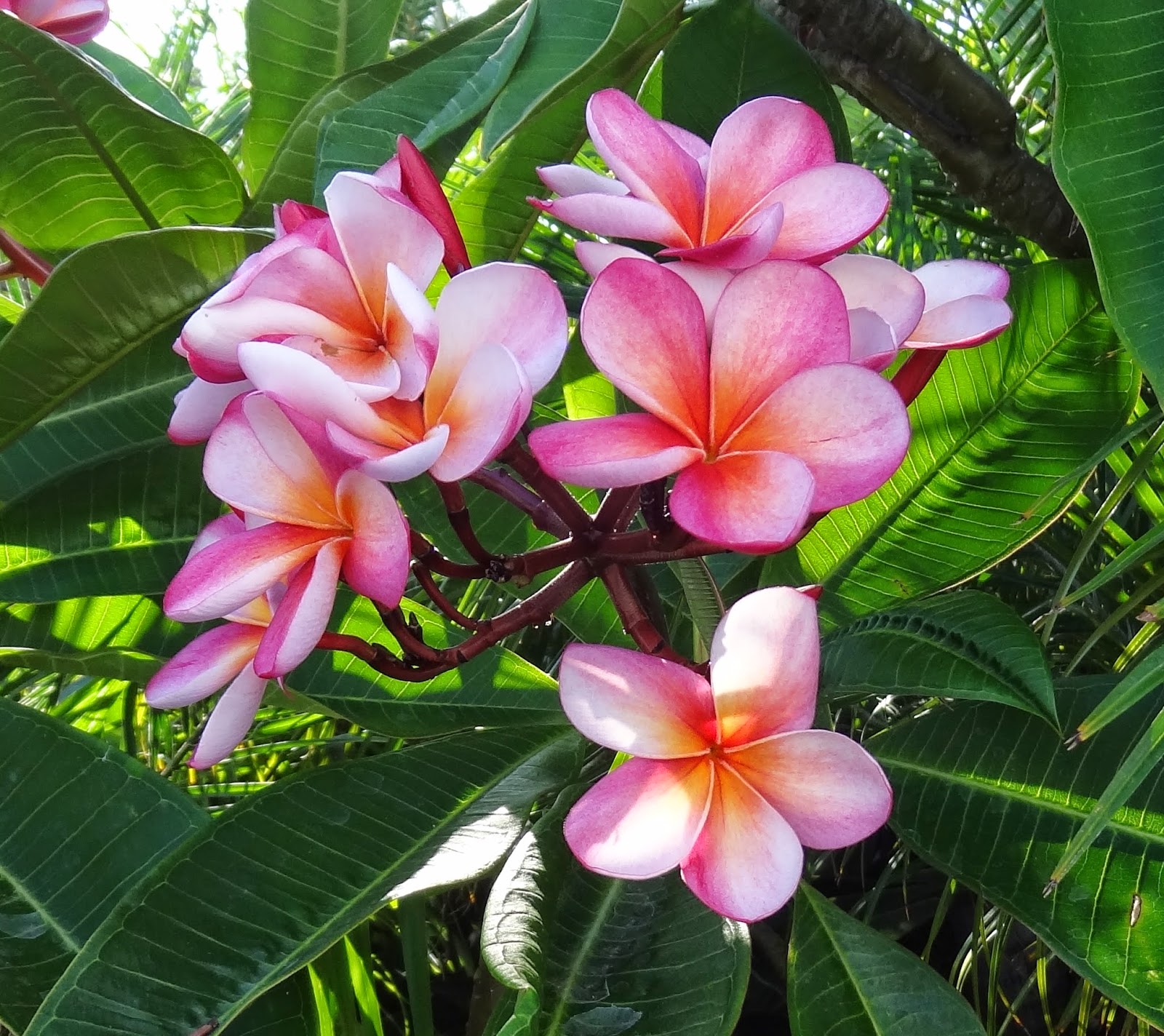 Chef Michael says there are about 10 Plumeria trees.

You won't see these colors on the mainland.

Now for the Chef Competition 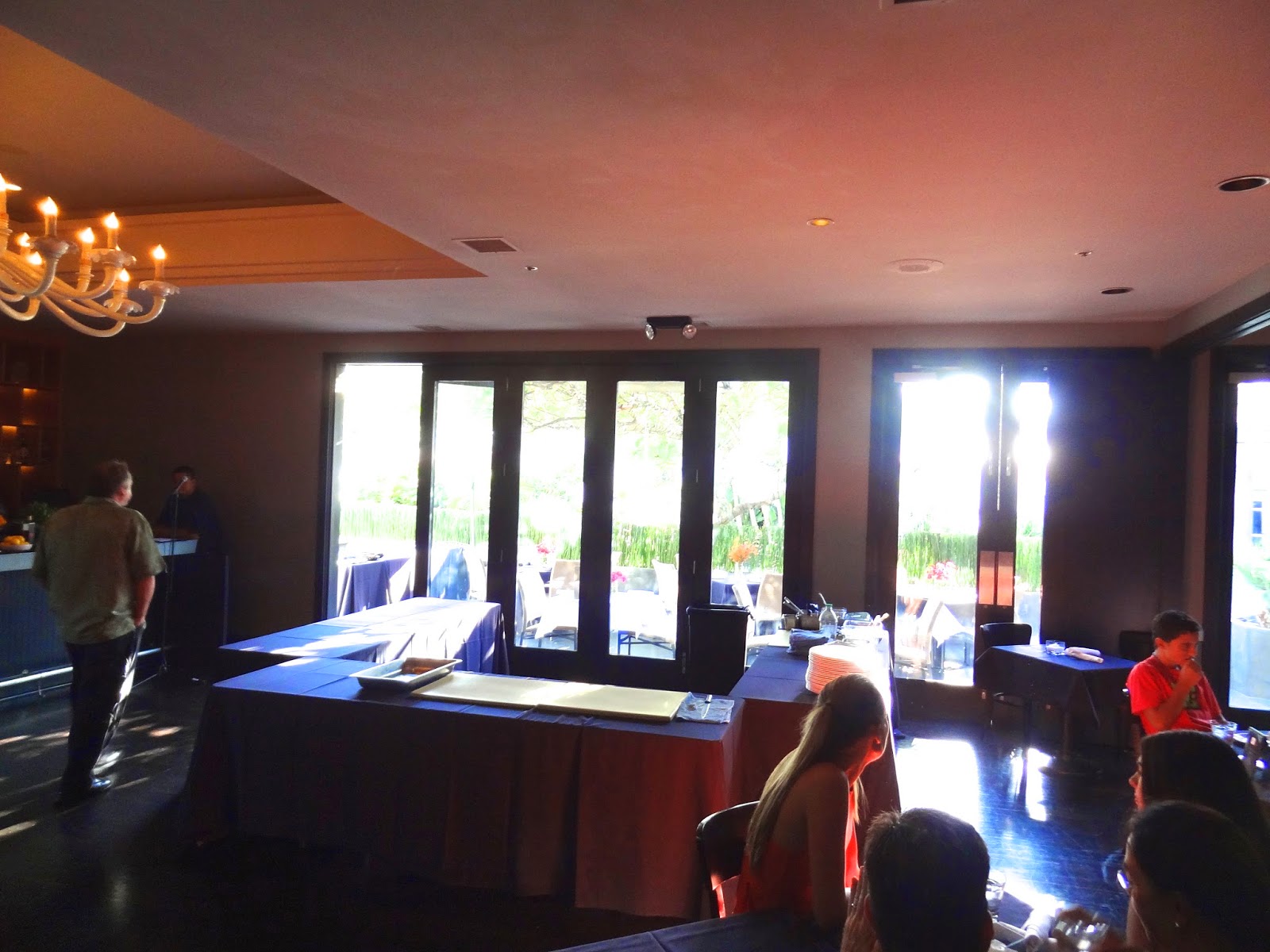 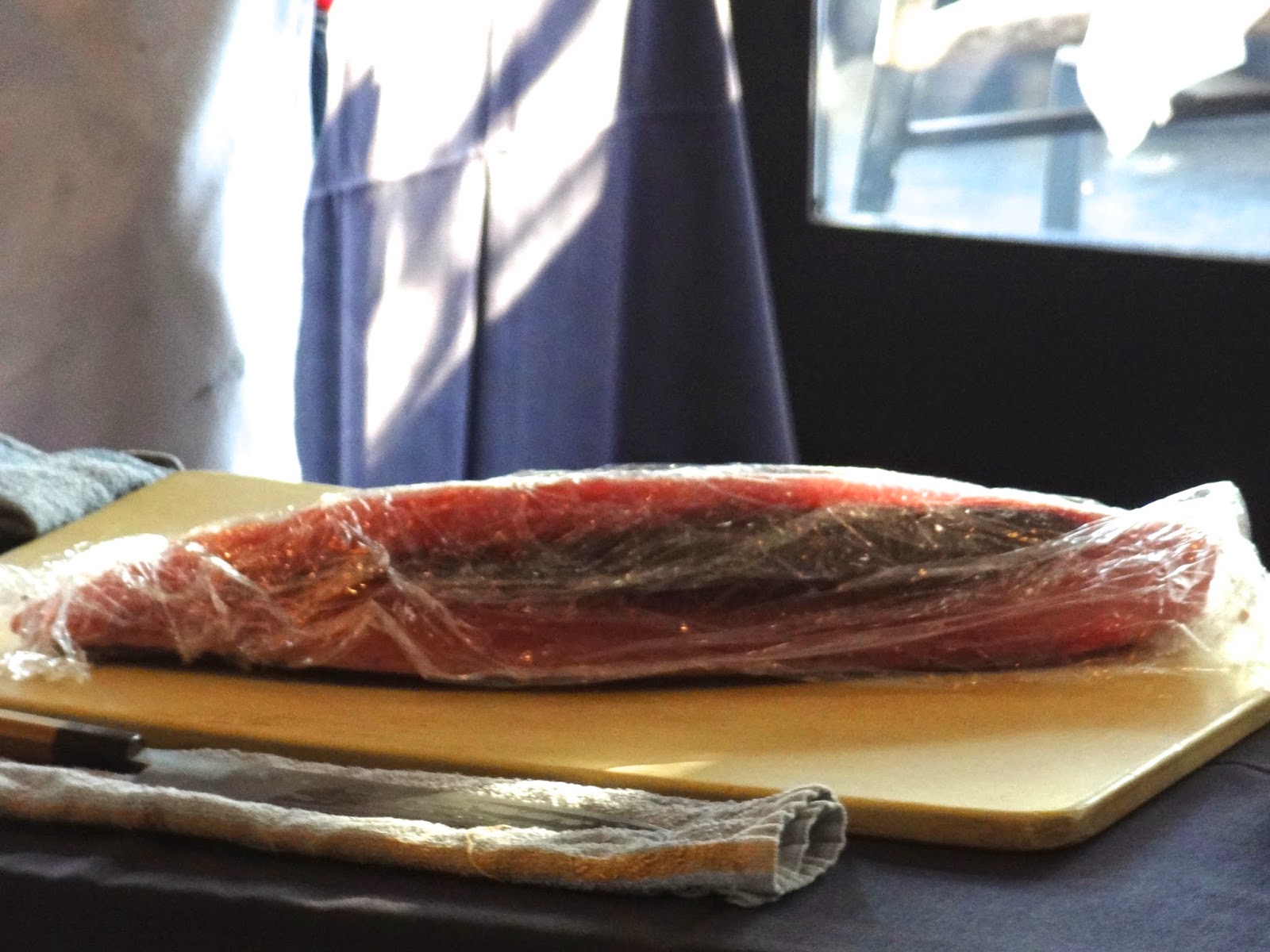 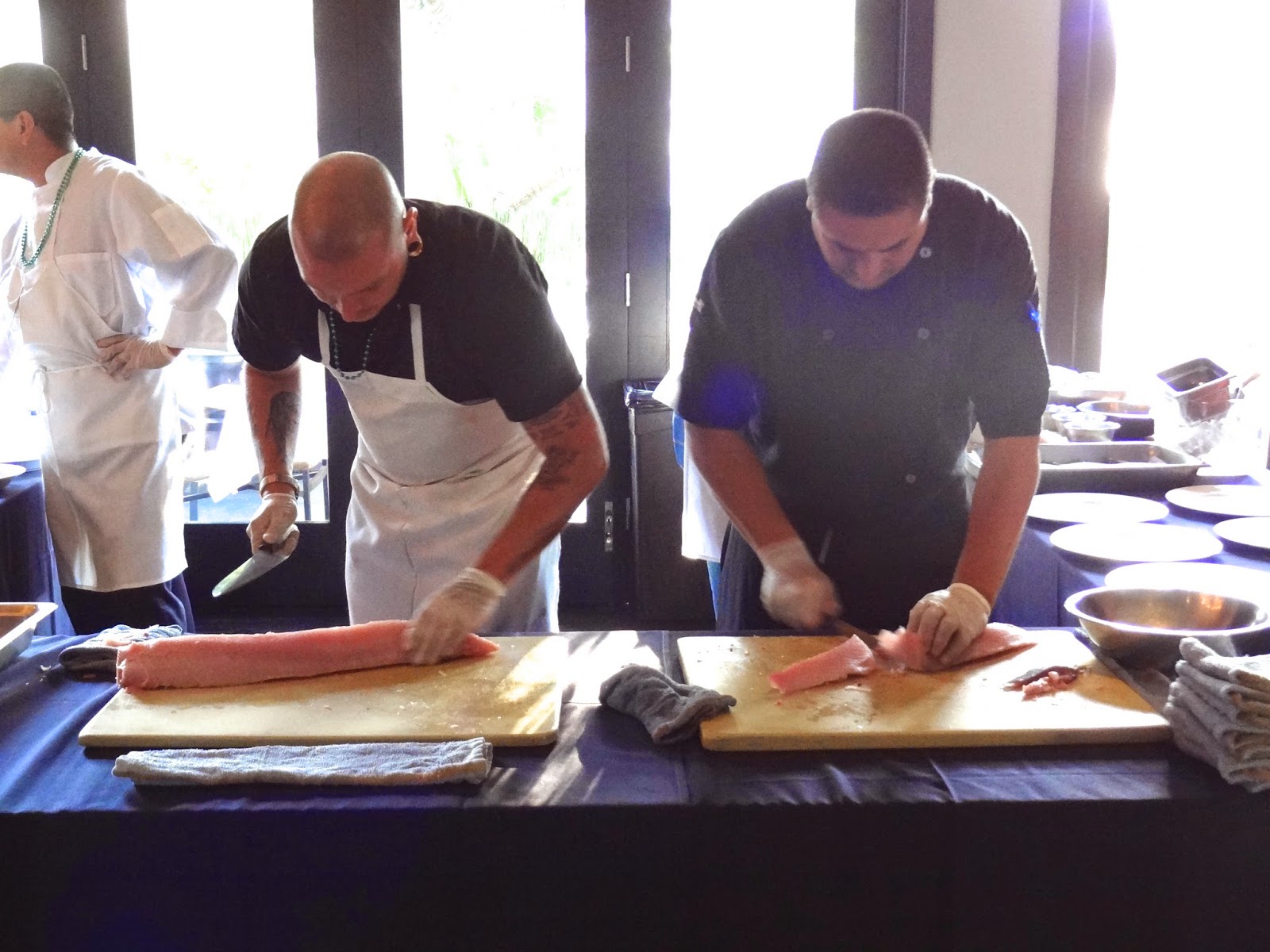 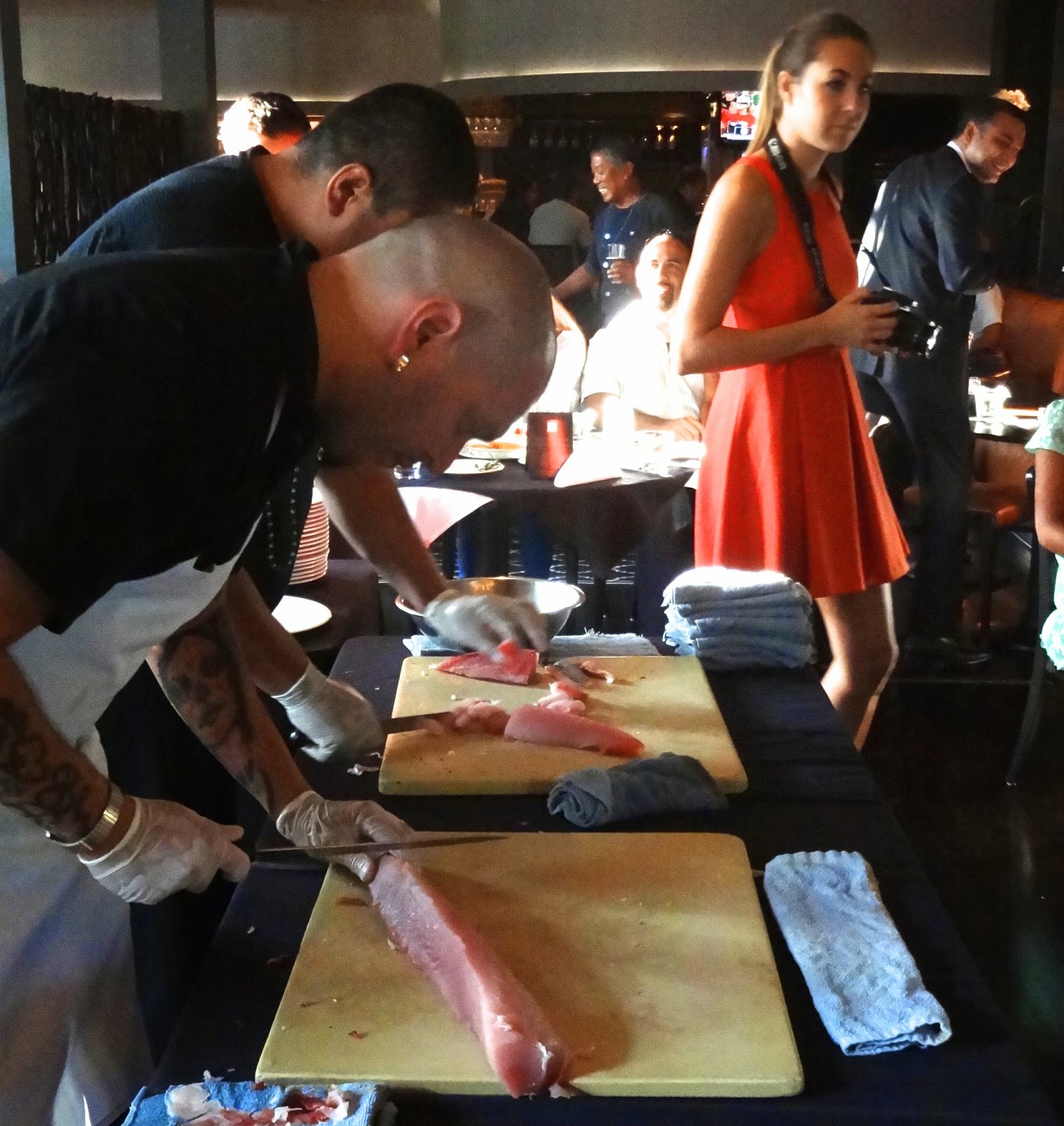 Breaking down the albacore. 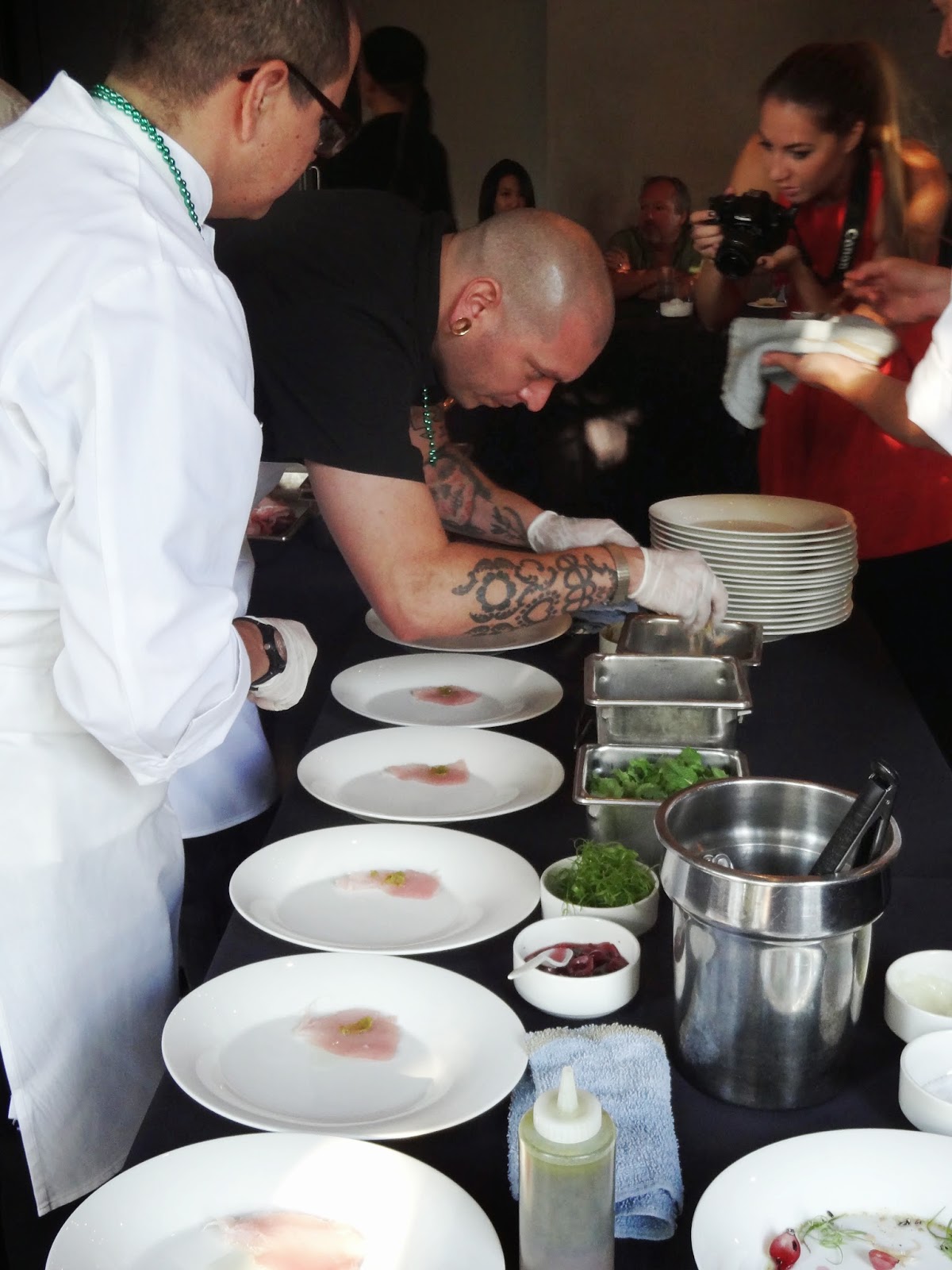 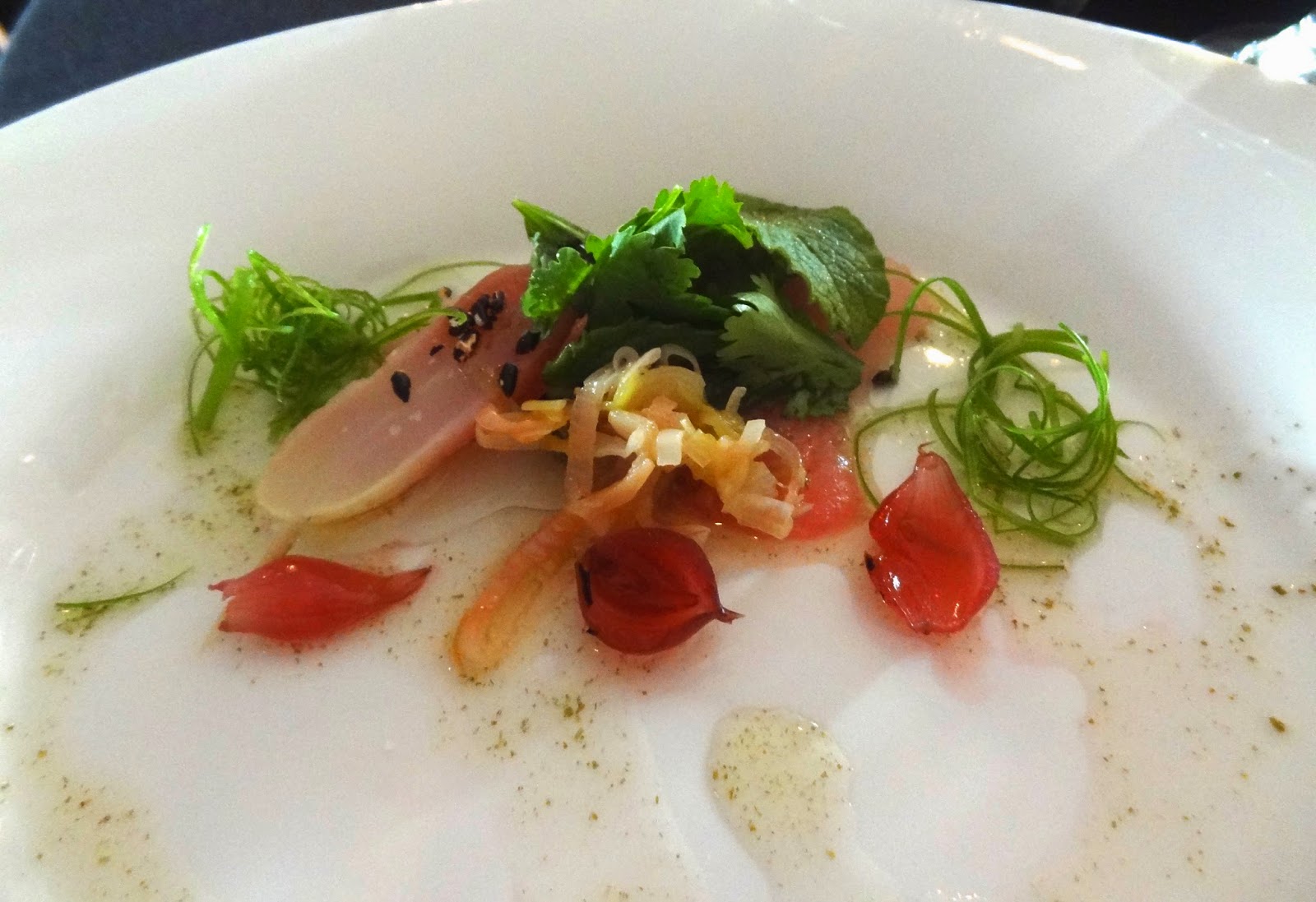 There's nothing better than a good piece of
fish with seasonings that accent the flavor.
This was very good! 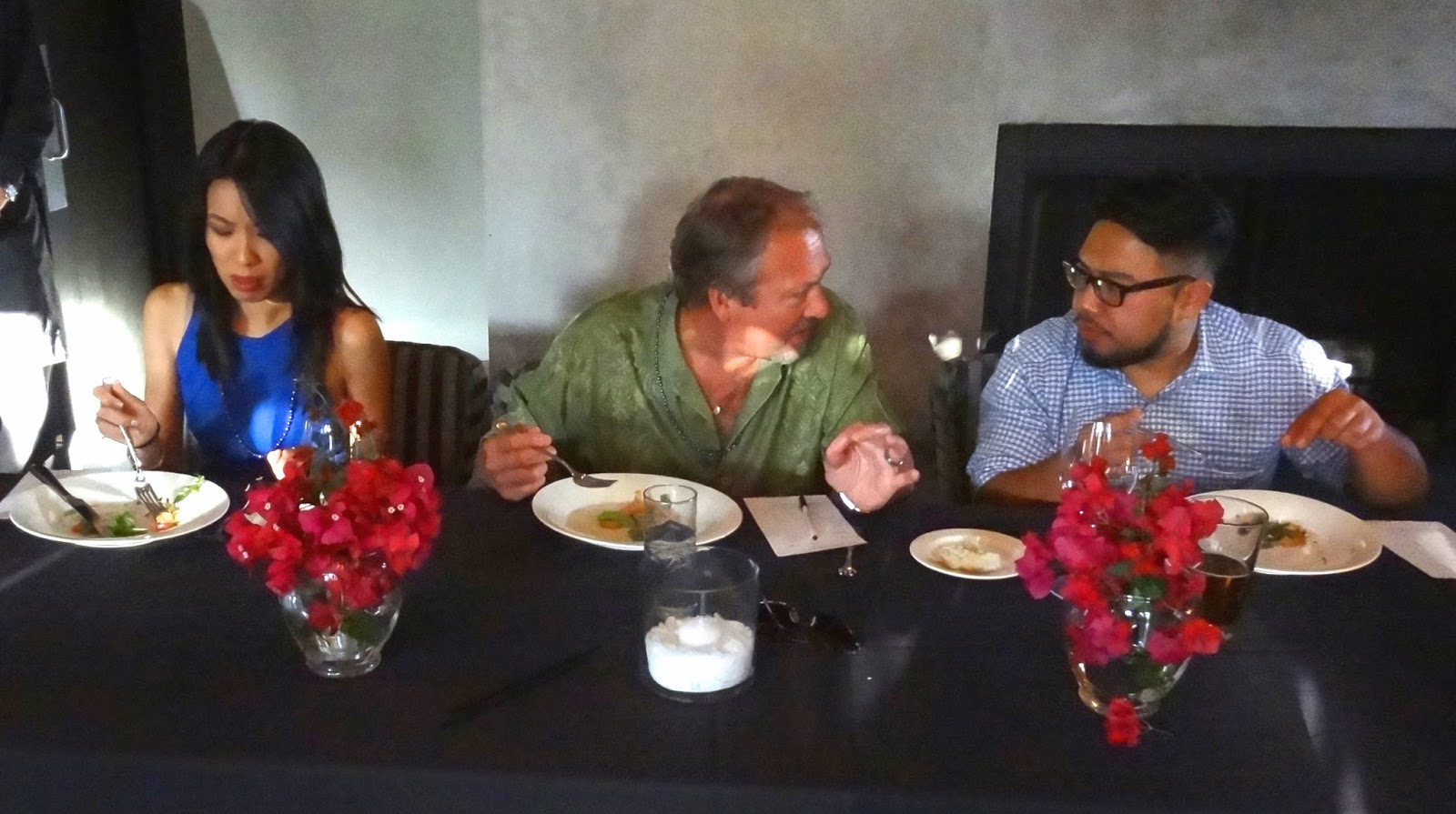 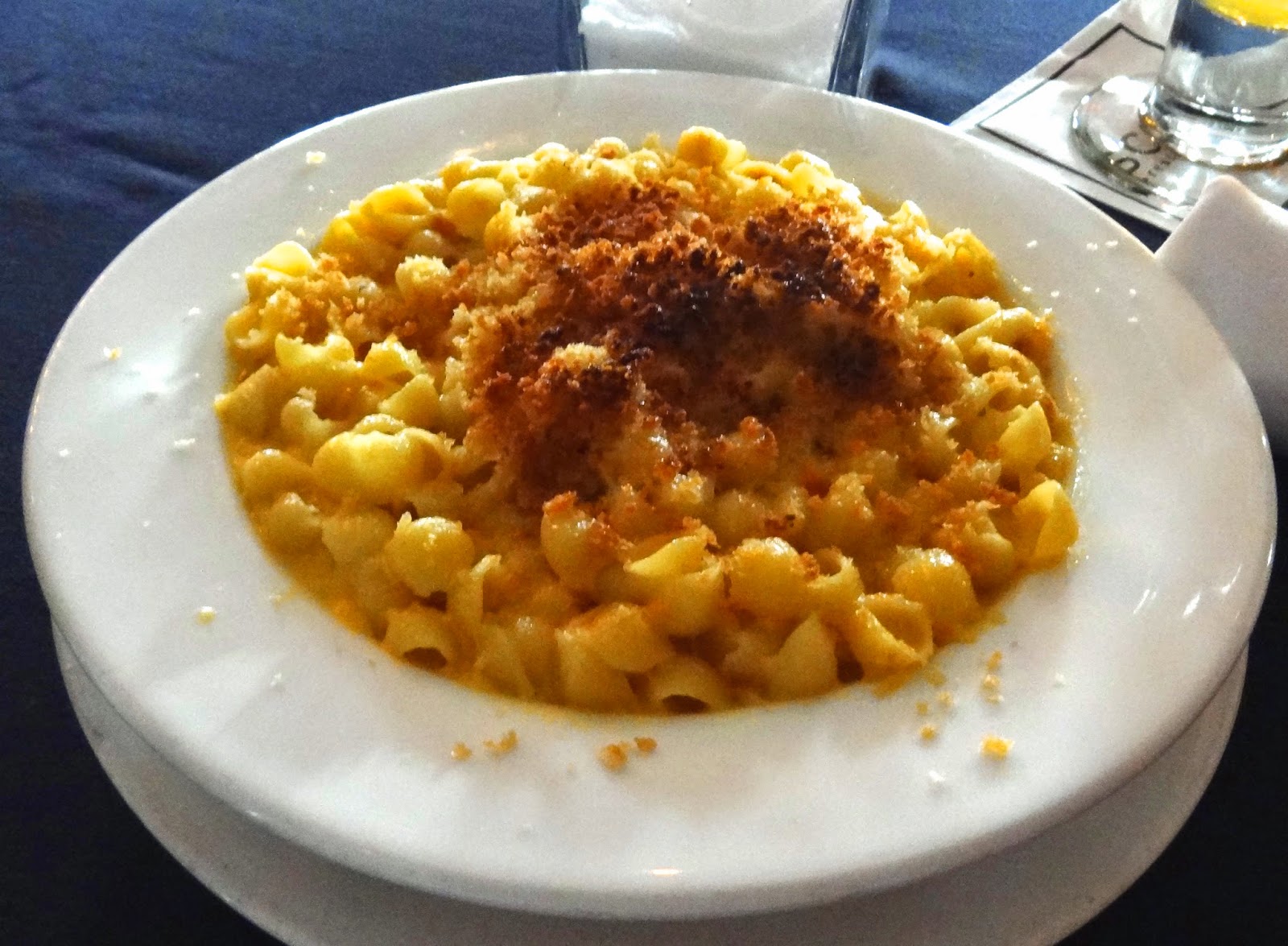 While we waited for the next dish,
we sampled Scott's Restaurant's
mac and cheese.

It was cheesy good... 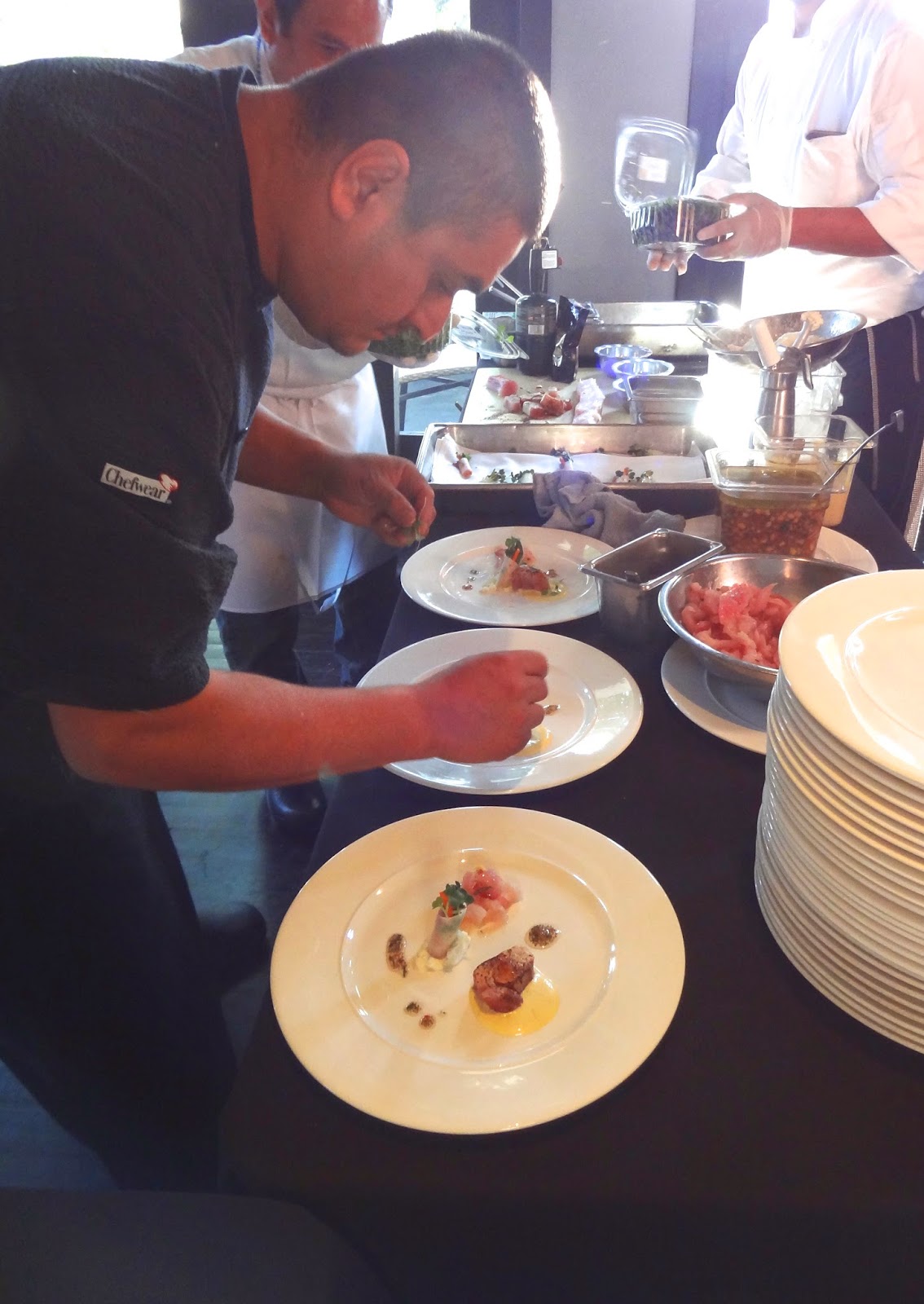 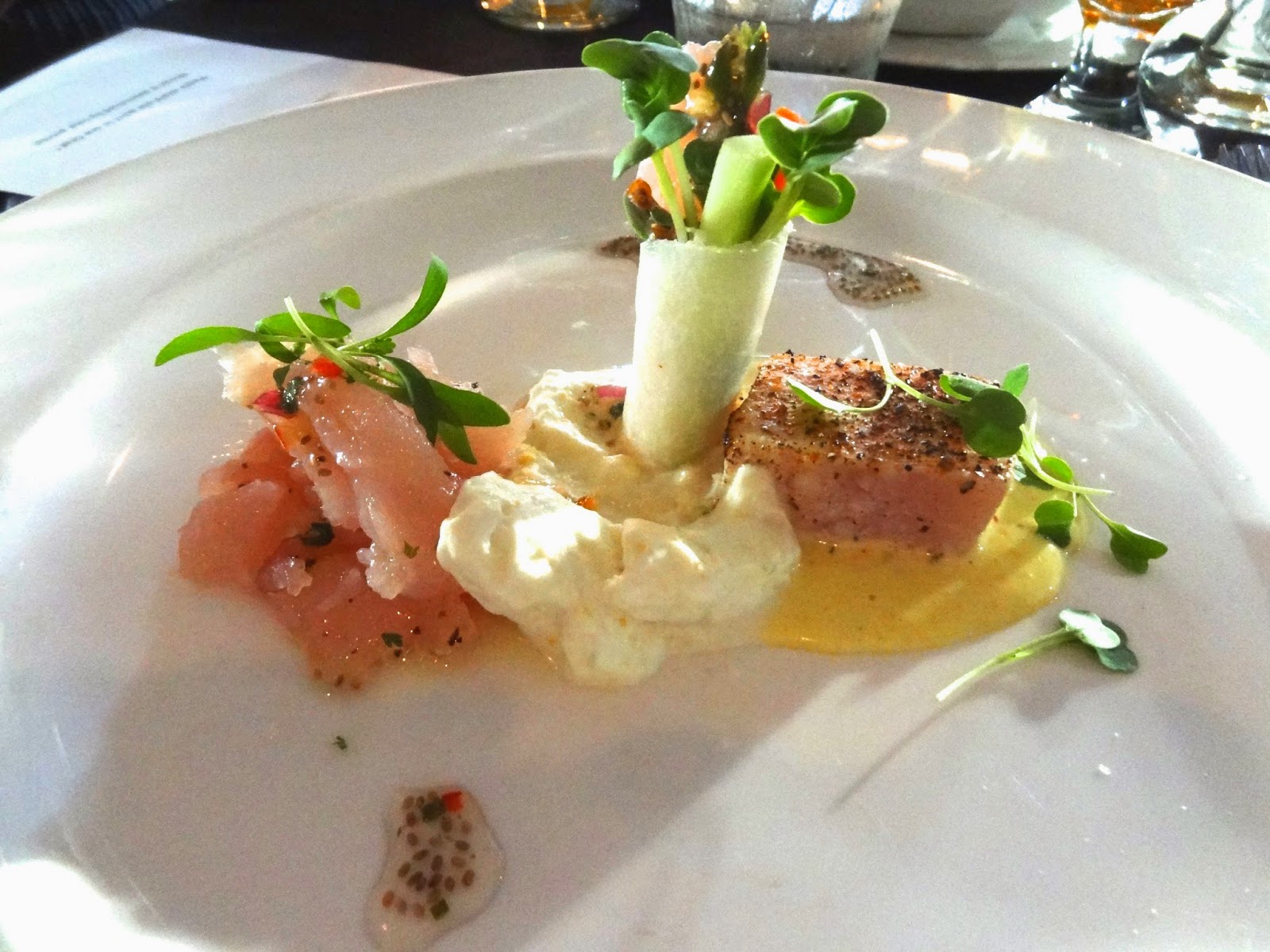 The sauces were very good and nice use of texture,
another good plate! 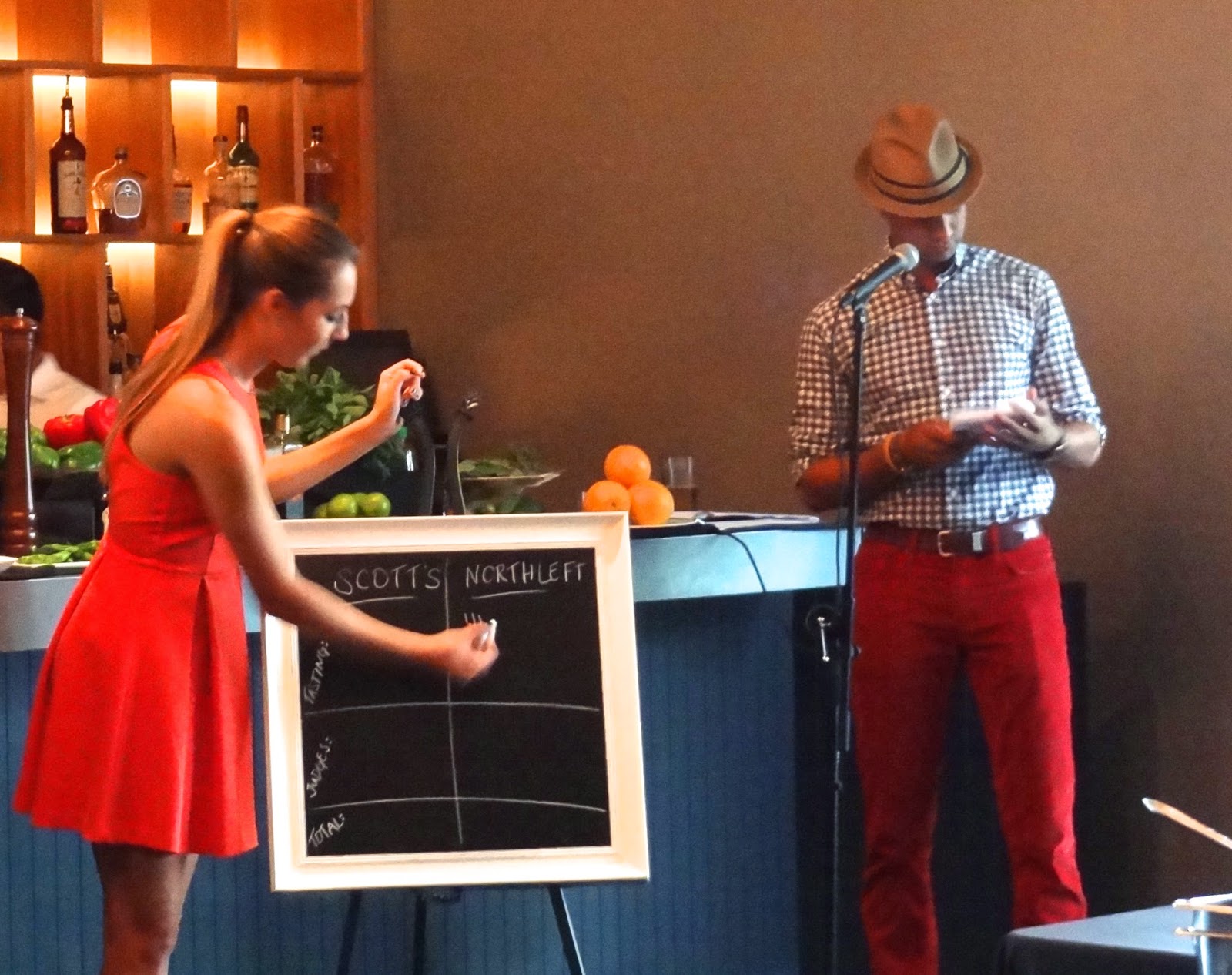 And the winner is...

Regardless of who won, it was a great night
meeting a couple of Santa Ana chefs
who are using local farms and sustainable seafood sources.
Proceeds went to charity. 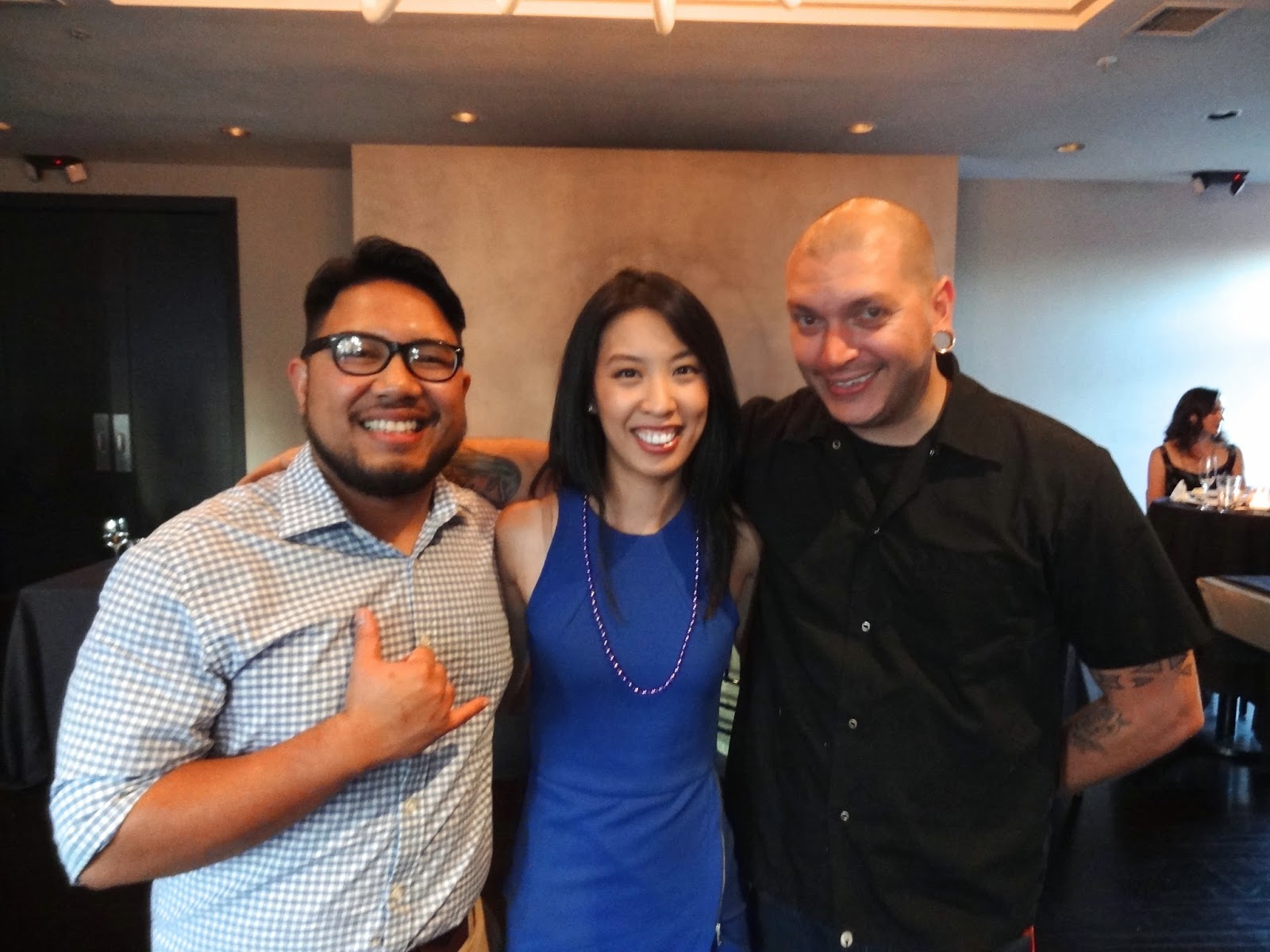 Will be stopping by their restaurants soon...stay tuned.
Who knows, maybe Kristie will have a restaurant open soon too. 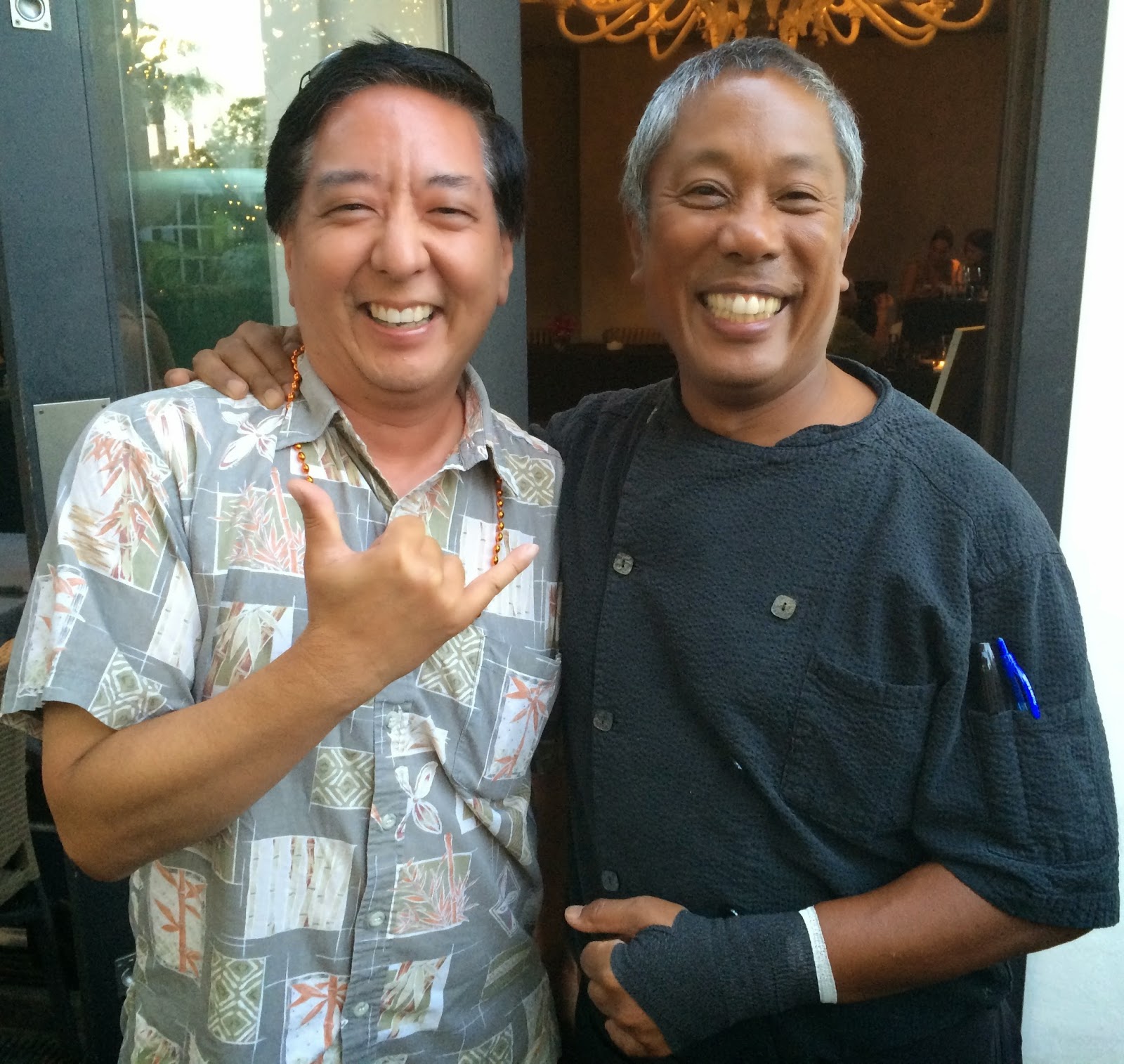 Mahalo for being a great host!

Check with the restaurant on future chef competitions
(last Monday of the month during the summer)
Follow them on Facebook to get the event update
and after seeing their pictures, you'll want to go.