I LOVE noodles and can eat them almost every other day, the other days I'm eating tacos.  If you follow me on Instagram, you'd see that I eat a lot of pho.  But when I'm in Hawaii, I eat udon at Marukame Udon in Waikiki.  It's kind of like a Subway sandwich or Chipotle set up, you pick the bowl size and type of udon and moved down the line where you can pick any sides (musubi or tempura) which are extras.  Tsurumaru is similar to this assembly line concept. 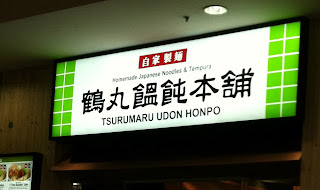 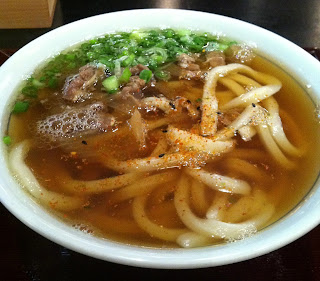 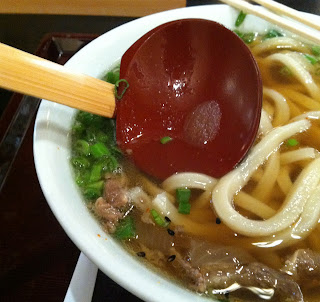 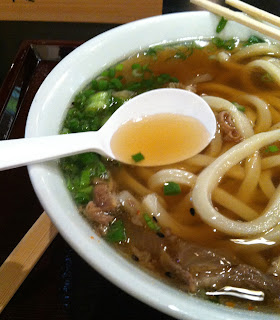 I opted for the plastic togo spoon...

The broth had a bit too much oil for my taste,
but that's more of a Japanese thing.
Not bad for a $5 bowl of noodles tho.
Udon prices range from $4 - $8

The service was friendly.
They DO want you to bus your own tray,
but the signs are not clear as to where to take trays.

They come close, but it's not Marukame Udon. 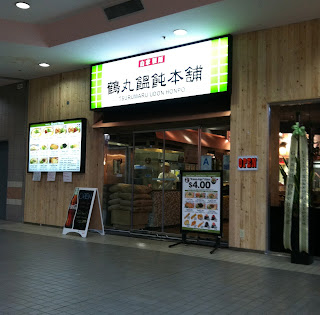