Marukame Udon
from Japan has arrived

It was a Saturday night and my plans were just canceled. 5 minutes later, I ended up joining friends Rick and Kelli at Marukame Udon in Waikiki. For a Saturday night, I think we waited 15 minutes outside before heading through the cafeteria style line. Marukame Udon makes fresh udon noodles (right in front of you) and then it's self-serve from that point; adding a tempura shrimp, potato croquette or grab a musubi. 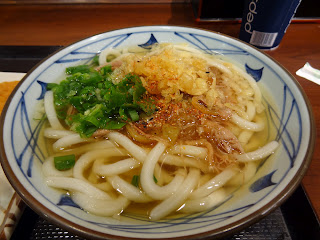 That's what I said! 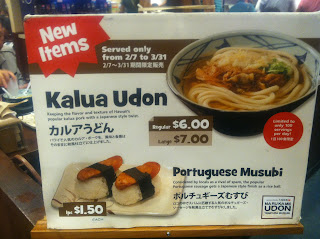 So, I had to try it
Besides, what do the Japanese know about Kalua Pork?

Thought it would be shredded pork in a pork based broth

I was surprised,
it was actually pretty good...

If they're smart, they'll add this to the regular menu,
we'll see if they do it or not. 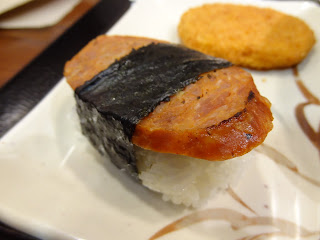 Had to go for the Portuguese musubi too

I make a better one,
should've gone with the SPAM musubi instead 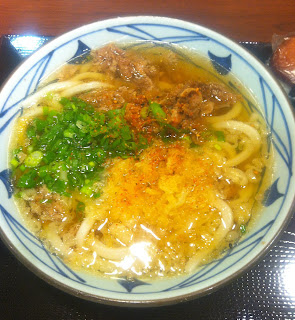 They do make their own noodles and
it's kind of a cafeteria style line. 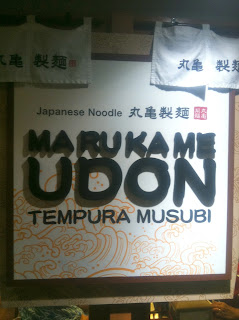 Overall, it's not a bad deal for the price
As a business owner, I cringe, too much labor
(occupational hazard)