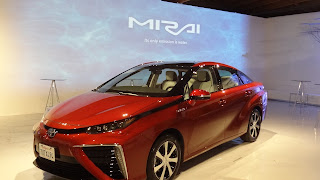 2017 Toyota MIRAI,
a Hydrogen powered vehicle with
zero emissions except for water.

I remember hearing about Hydrogen fuel cell cars
awhile back, but refueling stations were nonexistent at the time.

You get an app that will find Hydrogen fueling stations. 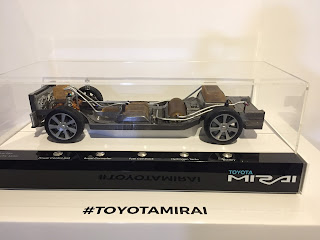 Similar to Hybrids, the MIRAI has a massive battery system. 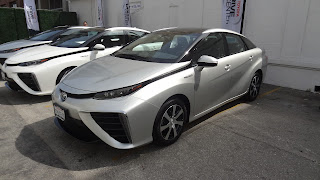 Time for a Test Drive! 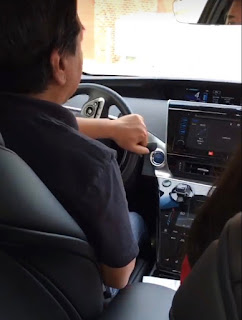 Photo by Kristie Hang
It has pick up and accelerates well.
But I guess you don't drive one for high performance.

The MIRAI comes pretty loaded,
the only option you pretty much have is picking from one
of the 6 available colors 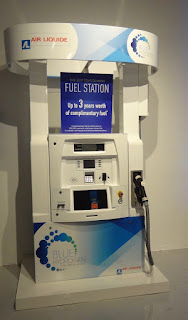 After the Test Drive,
it was time to fuel up. 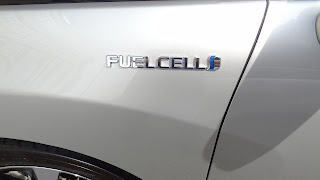 Three Years of Complimentary Fuel with a MIRAI purchase

But I don't think this
is what I had in mind...

Until we got to the next room... 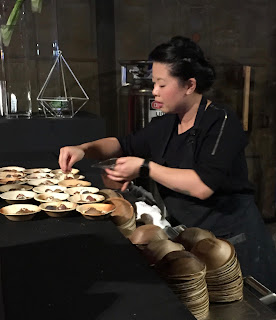 Then I saw Top Chef Mei Lin
plating and then it made sense to fuel up.

You may remember her, winner of Top Chef season 12 and
part of the opening team of Michael Voltaggio's Ink restaurant.
Keep an eye out to see where she lands next...

But meanwhile, let's see what she has for us today. 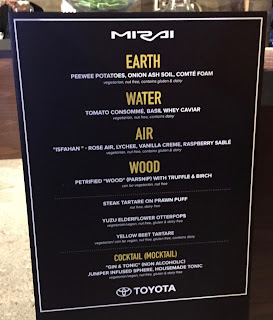 created by Chef Mei Lin
to highlight the elements. 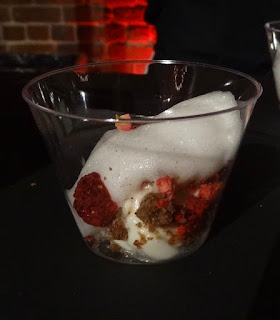 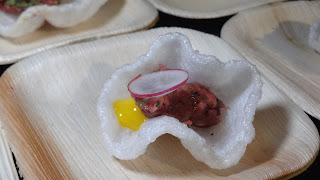 Steak Tartare on a Prawn Puff 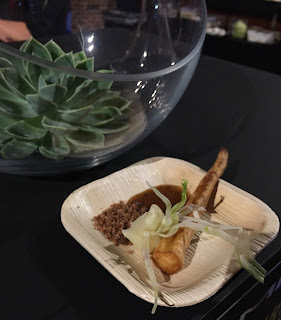 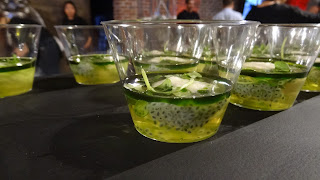 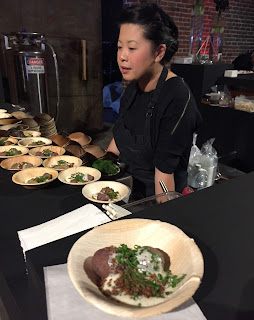 This was my favorite dish of the day,
Peewee Potatoes, Onion Ash Soil, Comté Foam. 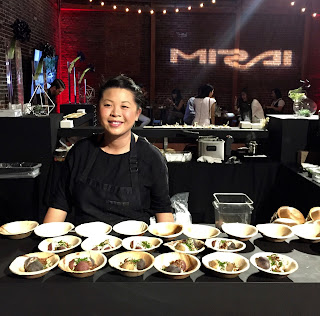 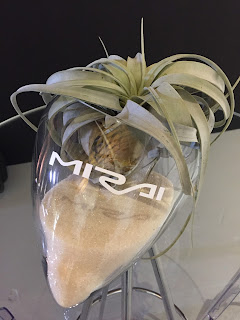 It was a nice afternoon,
got to enjoy a molecular gastronomy menu
prepared by a Top Chef, AND
test drove a pretty cool Hydrogen fuel cell vehicle. 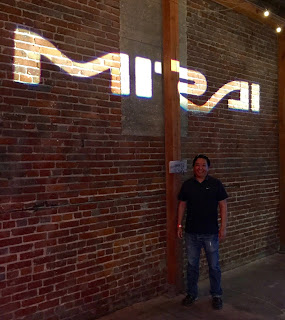 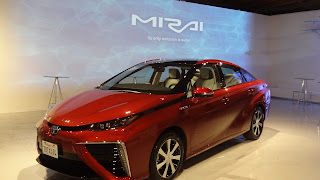 It drives like a dream
and good for the environment!

NOTE:  I was an invited guest to this Toyota event.
I thank them for the invitation and hospitality.
All comments and opinions are strictly my own.