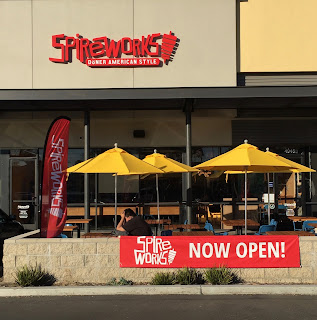 Now that their Eagle Rock location has opened,
(Grand Opening on January 24, 2017)
this one is a lot closer to me.

Which means,
I can come in just for one of my favorites,
Nitro Brew Coffee. 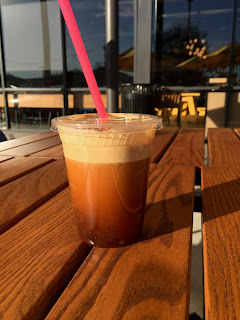 It's coffee that has been infused with nitrogen gas.
Nitro brewed coffee is creamier and a richer taste.
IMO, the acidity is lower and no need to add cream
(if you like it that way). 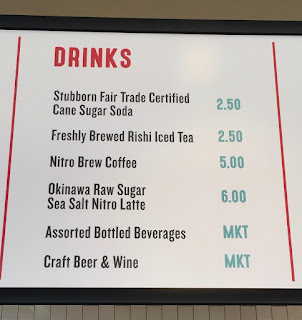 Yup, SpireWorks® has Nitro Brewed Coffee,
BUT, they've taken it up a notch.

See What Jay Eats...
and drinks 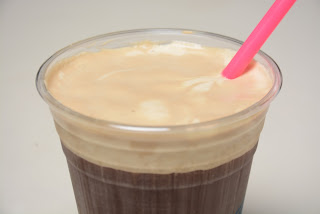 Photo by SpireWorks®
I'd like to introduce you to the 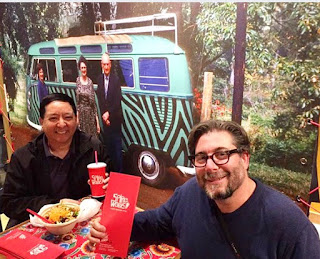 Photo by Lawrence Moore
With SpireWorks® Founder and CEO Bob Kaufman,
who told me that he wanted to serve something really special. 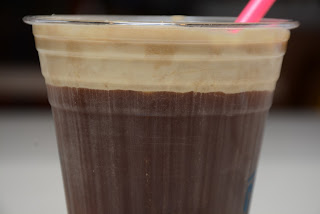 Okinawa is an island,
South of the main island of Japan,
and has a more tropical climate
where sugarcane is a major crop.

We don't see much of this prized black sugar in the U.S.,
most are juiced for locals, tourists,
made into Kokuto black rock sugar,
and other products. 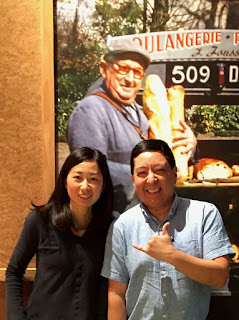 With consulting chef, Kuniko Yagi,
who created this exclusive latte.

You might recognize her from Top Chef Seattle
(Season 10) 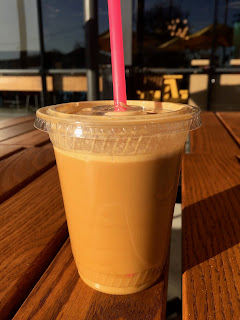 in addition to one of their destinations,
a sandwich or a bowl,
add this amazing nitro brew coffee
and up it with the Okinawa Raw Sugar Sea Salt Latte.

Remember, it's only available at SpireWorks®.