Over the years, I've been a fan of Philz Coffee after visiting
a couple of San Francisco locations.
Now that Philz Coffee has ventured into Southern California
AND the Pasadena location is waaaay too close to me.

In the summer of 2015, I noticed a sign that
Philz Coffee was coming to Lake Avenue in Pasadena.
The store opened in early June 2016.
I will admit, when the Pasadena store opened,
I had been 5 times in the first 7 days of operations.
I wasn't there on the opening day, but was there on Day 2. 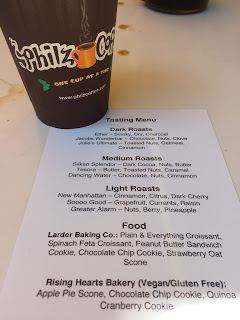 Today, I was invited to learn more about their coffee.
It was their pilot Coffee Flight or Coffee 101 class.

It's a number of different coffee samples
which includes different roasts/blends.

If management agrees, you could possibly

see this program at a Philz Coffee near you. 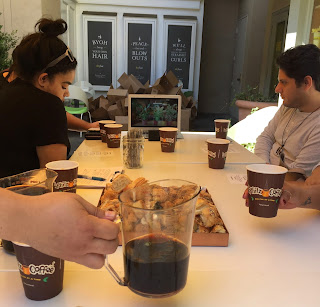 We watched a short video
on the history of Philz Coffee.

It was interesting how Philz Coffee came to be.

After the video we started sampling
Dark Roast coffee. 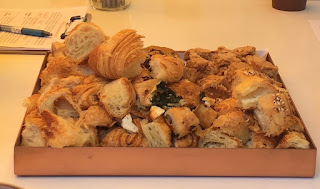 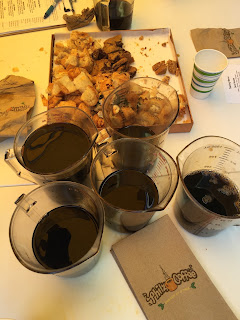 We tasted Dark Roasts, Medium Roasts,
and Light Roasts, each paired with a food item.

I have to say, there were some pairings that
went perfect with the blends.  One thing that I'll do
in the future at Philz Coffee is to ask which
item pairs with my coffee selection. 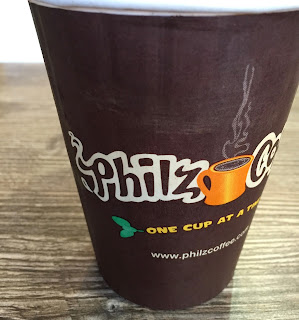 Before today's tasting,
my favorite blend was the Tesora,
a medium roast with flavor notes
of butter, toasted nuts, and caramel.

I learned today, it took Phil 7 years to come
up with the Tesora blend.  If you've tasted it,
you can probably understand why. 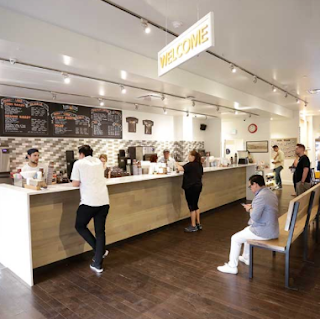 Photo by Philz Coffee
After the Coffee Flight,
we were invited in to leave with
a coffee of our choice. 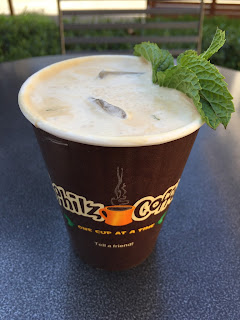 I ordered an iced Mint Mojito
for the road, as I was heading to
work at Smorgasburg Los Angeles.

This is one of their signature drinks.

Now I know so much more about Philz Coffee
and know what to order, depending on how
I'm feeling and what food to pair with.
Hopefully this program will continue
and be available at other Philz Coffee locations.

NOTE:  I was a guest of Philz Coffee,
I thank them for the invitation and hospitality.
All comments and opinions are strictly my own.