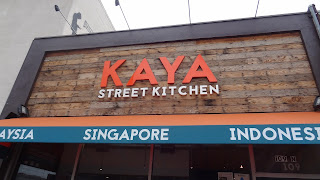 If you've been down Fairfax Ave, just around the corner from
Benito's Taco Shop on Beverly and across the street
from CBS Television City, you've probably seen this
store front, I know I have.

It's a unique combination of Southeast Asian flavors;
specifically Indonesian, Singaporean, and Malaysian. 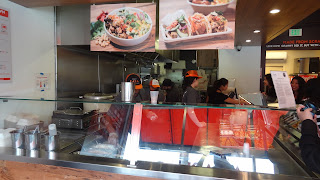 The restaurant is fast casual with a
Chipotle-style line, which gives you the
ability to select what looks good.

I've been to a couple of events where Kaya Street Kitchen
had served their dishes and had sampled their food.
Now was my chance to try their menu. I had a hard time selecting, cause everything looked good.

The options are bowl, salad, tacos, or burritos.
I selected a bowl and wanted to try
the base of green tea noodles and greens.

Next, select a protein.
This was the hard part for me, everything sounded great.

I did go with the shrimp and pork meatballs
and the Meat Ballin' bowl.

I went with this bowl, it had most of
the items I wanted to try. 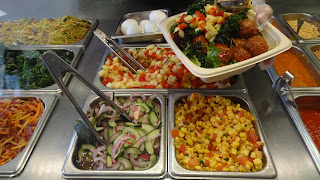 Building my bowl with goodies...

The colors are bright and adds nice texture to the mix. 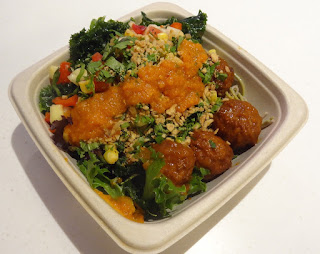 My bowl was colorful with lots of textured items.
The meatballs were flavorful and did enjoy the green tea noodles.
The sauces were not spicy, which gave me an opportunity to
really taste the flavor of the items.  There are sauces on the
table to heat up your selection.

When I think of adding combinations of flavors and condiments,
it's usually ends up as a mess.  But this isn't a 3 car collision,
it's actually a great tasting bowl with Southeast Asian flavors.

I had the option to add a fried egg or avocado,
but had it without.


I did try the Lychee Mint Tea,
if you like lychee, order this tea! 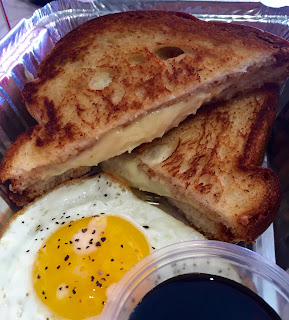 with house-made coconut jam spread between
two artisan slices of toasted bread.
Opted with a fried egg and soy sauce
on the side.  Dip the toast in the egg yolk. 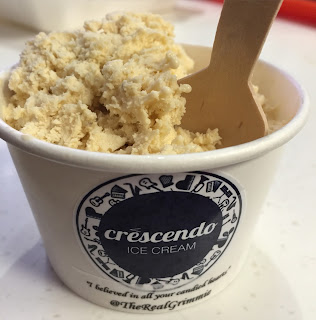 The day I visited Kaya Street Kitchen,
my friends at Crescendo Ice Cream
were doing a pop up in the back of the restaurant.

They do a twist on Singaporean style ice cream bread,
with liquid nitrogen infused ice cream with exotic tea blends.

Yup, that's what I thought too,
and have tried it several times since.


NOTE:  I was a guest of Kaya Street Kitchen
and thank them for the invitation and hospitality.
All comments and opinions are strictly my own.