It's Time for Dodger Baseball!

I guess you could say this is my field of dreams moment.

Invited by the Los Angeles Dodgers
to preview the menu items from Levy Restaurants,
view some of the promotional items for the upcoming season
and a VIP tour of the stadium. 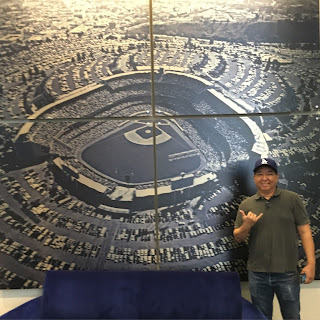 Arrived at the Stadium Club.
12 hours prior, I was in Austin wrapping
up a pop up at SXSW. 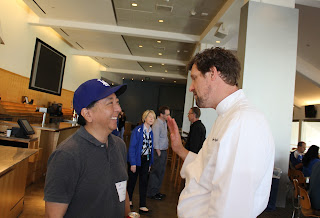 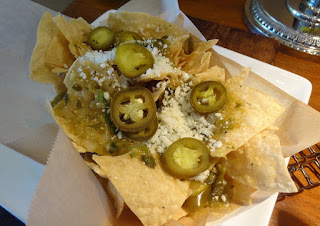 I love tomatillo verde sauce,
so yes, I'm a fan... 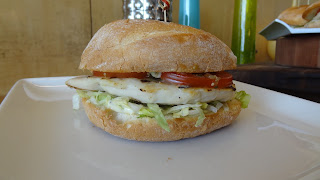 Served at the Healthy Carts, AMPM, Marketplace,
and Tony's Stand through out the park. 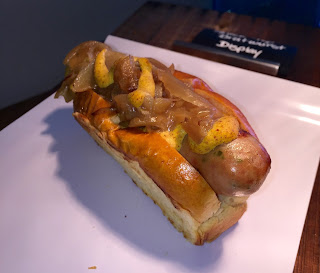 Available at the Think Blue BBQ behind the
Left Field Pavilion. 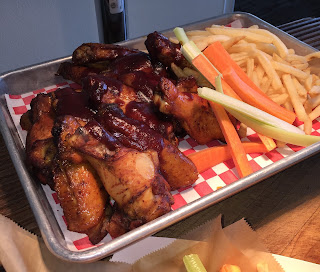 Served at the Think Blue BBQ

A very good BBQ sauce,
I wonder if they'll ever bottle and
sell it at the stadium? 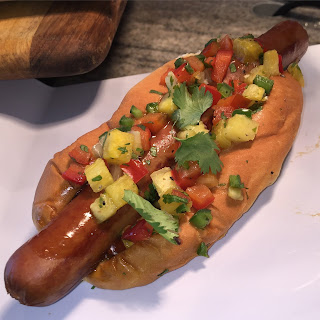 Funny, I was hanging out with
King's Hawaiian team
at SXSW in Austin.

Maybe it's a Hawaii thing, but
I enjoyed this dog. 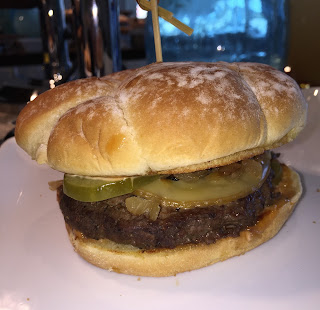 This burger really should be named after
Kobe Bryant's last season, it's just that good.
Not a lot of frills, but a solid good burger.
It was one of my favorites of the new menu items.

This is just some of the new menu items at Dodger Stadium
Chef Jason will be introducing new items throughout the season.

Some of the promotional items include: 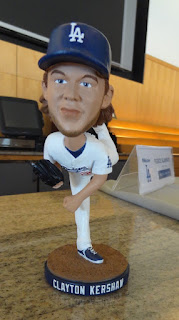 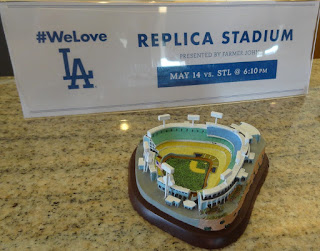 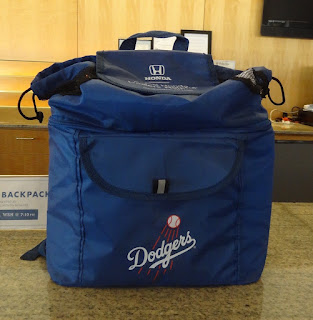 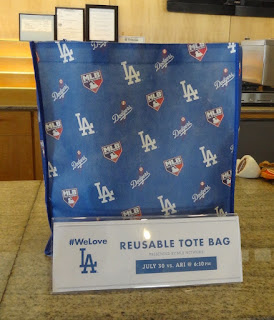 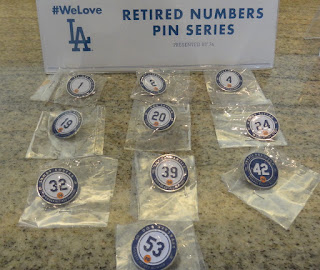 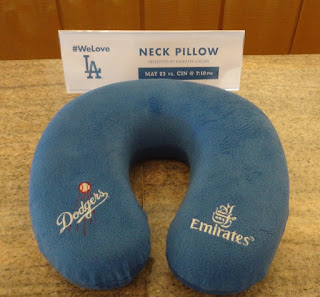 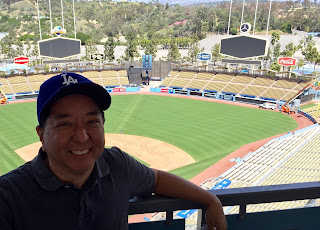 Let's climb to the Top of the Park
and see what's going on at Dodger Stadium.

If you've never been on a tour of Dodger Stadium,
I do suggest taking one of the daily tours. 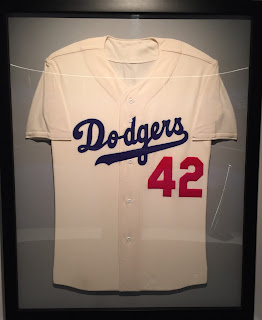 Jackie Robinson's jersey
The man who broke the color barrier
and who's number is retired on every
major league team, he started as a Dodger. 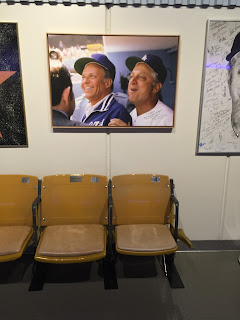 A friend of Hall of Famer, Tommy Lasorda. 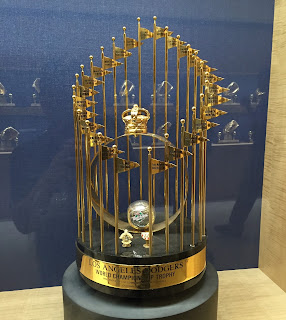 One of the World Championship trophies,
this one was for 1988.

This is the year Kirk Gibson hit the home run... 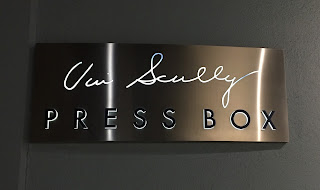 We visited the Vin Scully Press Box
before the private tour was over.

Hard to believe this will be Vin Scully's 67th
season (and last) as the voice of the Dodgers.
Not sure what next year will be like,
but glad that we were fortunate to have
him broadcast this long. 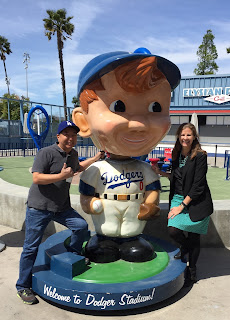 It's always an honor to be given a VIP tour
by Janet Marie Smith,
the person responsible for the planning and
development of upgrading Dodger Stadium
(the 3rd oldest ballpark in MLB).

I've been fortunate to have traveled around
to 22 of the 30 MLB ballparks.  Although
Dodger Stadium is home, it's
in my Top 5 favorite ballparks. 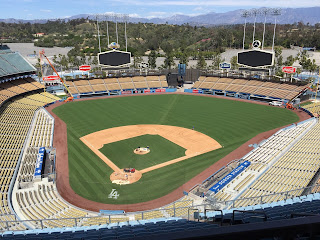 Getting ready for Opening Day 2016!

There's always something happening
at Dodger Stadium, besides baseball...

I always look forward to Opening Day
and beginning of baseball season.  They
did a great job on the food, promotional items,
and stadium amenities.  I'm looking forward
to attending a few games this season!

I was fortunate to be invited in 2014
and sample food from the new outfield
restaurants.  See more HERE

NOTE:  I was a guest of the Los Angeles Dodgers
and thank them for the invitation and their hospitality.
All comments and opinions are strictly my own.