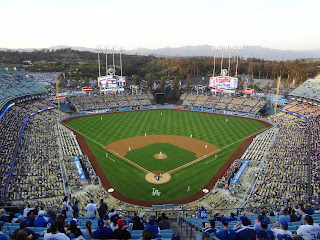 If you follow me, you know I love baseball
and food.  Last season, I was invited to a
behind-the-scenes tour of the new restaurants
at Dodger Stadium,
I was looking forward to see what's new for 2015.

Growing up on the next hill over from Dodger Stadium,
I was here a lot, a LOT.

Dodger Stadium is the third oldest ballpark in the Major Leagues
(opened in 1962) and is the largest baseball stadium
by capacity at 56,000.
I call it home...

It's really nice to see that the ownership group
has updated this classic ballpark into the modern
times with new technology, more restrooms,
activities for the kids, and of course new FOOD! 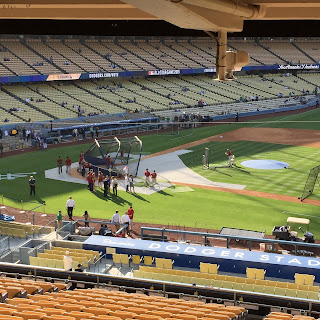 The Dodgers were kind enough to invite me again
for another behind-the-scenes food adventure for this season.

As usual, I got here early to watch batting practice. 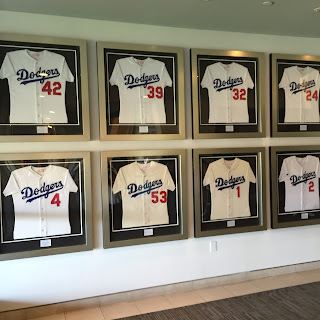 Just some of the Dodger Hall of Famers
just hanging around... 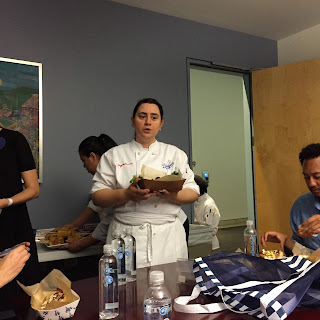 The chef gave us an introduction to
the new menu items for the 2015 season. 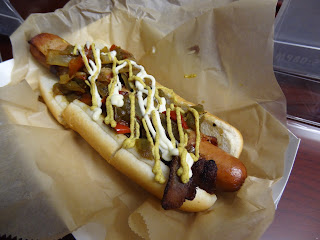 Of the 3 "loaded" dogs presented to us,
I had to favor the L.A. classic street dog, a
Dodger dog wrapped in bacon with peppers, onions,
mustard, and mayo.

Another "loaded" dog, a St. Louis Dog with fried onions and
short rib. 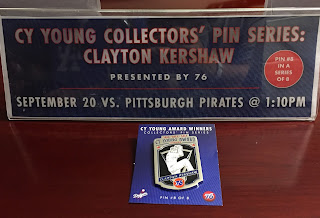 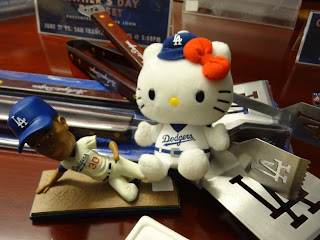 After a close up examination of these items,
they're not the premium items I remember
getting as a kid from attending games.

*Promotional items are available to the first 40,000 fans. 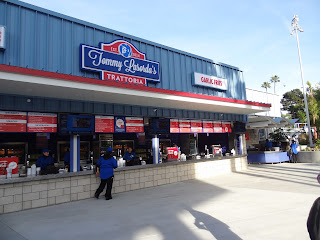 From Tommy Lasorda's Trattoria
in the Right Field Plaza... 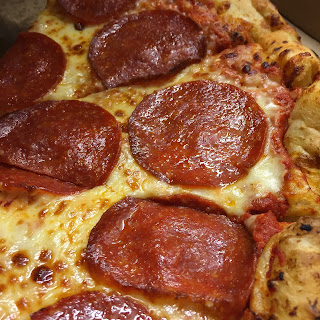 One of the best pizza's I've had a game...anywhere.
And I've been to baseball, basketball, hockey,
soccer, and football games across the country.

Pizza is sold by the slice, not the personal pan version
that you'd find at other venues. 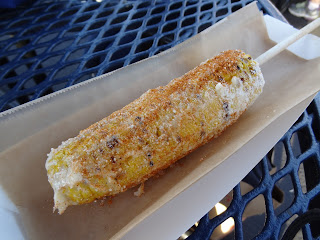 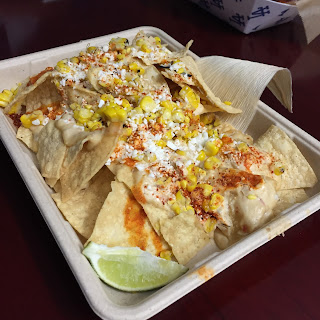 With roasted corn, this sweet and spicy nacho offering
is available at La Taqueria on the field and reserve levels.

This is a seasonal item, depending on summer corn availability.
Dodger Stadium using locally grown products when available. 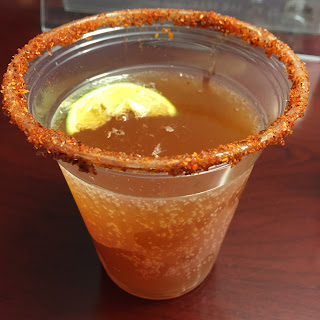 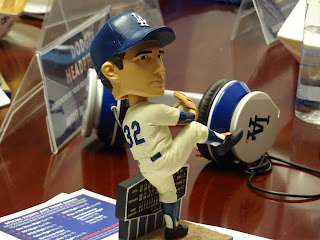 *Promotional items are available to the first 40,000 fans. 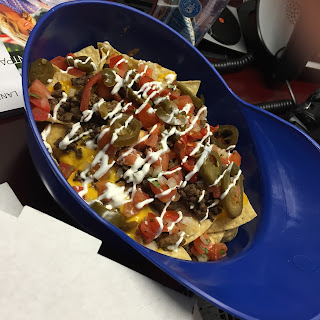 They don't have Helmet giveaways anymore,
but you can score a helmet at every game
with the Helmet Nachos.

It really should be called the 7th Inning Stretch,
cause you'll need one to finish them.
Ballpark nachos upgraded to Major League proportions. 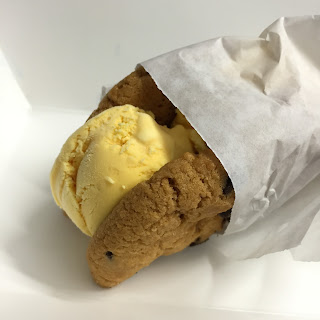 The tasting ended with this upgraded ice cream cookie sandwich.
It was good, need I say more?

The original Cool-A-Coo was my favorite
(did I just show my age?),
and what I always wanted during the 7th inning stretch.

It was either a Cool-A-Coo or a frozen chocolate malt... 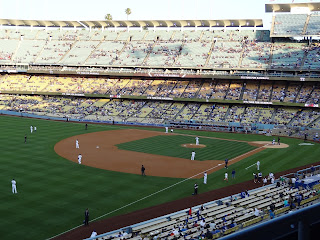 It was now game time,
we headed to our seats to watch the Dodgers
battle the Diamondbacks.

It's time for Dodger baseball... 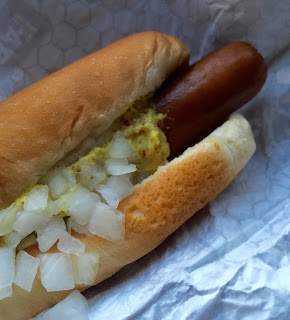 Growing up, I couldn't come to a Dodger game
without having one or two or three or...nevermind.

The famous Dodger Dog with deli mustard
and onions.  NOW I'm at a Dodger game!

BTW, the Dodgers beat the Diamondbacks in the
bottom of the 9th, 7-6.

Friday Night Fireworks
After each game, fans are permitted onto the field
to watch the fireworks.

Kids Run the Bases
After every Sunday Day game.

Movie Night
6/20 - The LEGO Movie
8/15 - Back to the Future
Fans are permitted onto the field after the game to watch the movie.

Just some of the fun stuff happening in 2015!

NOTE:  I was a guest of the Los Angeles Dodgers and
thank them for their invitation and hospitality.
All comments and opinions are strictly my own.