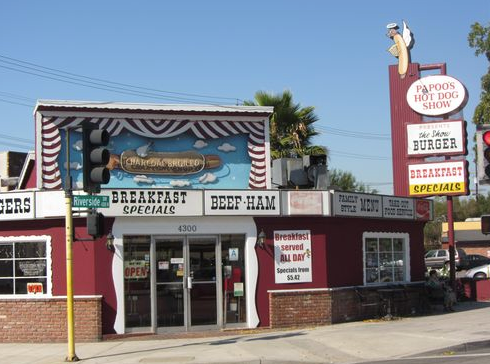 During my entertainment industry days, I would have lunch at Papoo's Hot Dog Show.  Usually would order a hot dog, I mean the place is called "Hot Dog Show", right?  Years later, I heard that Papoo's Hot Dog Show closed after 62 years.  Evidently, this historic location, which started out as a hot dog shack, needed some extensive remodeling which the owner wasn't in a position to do. 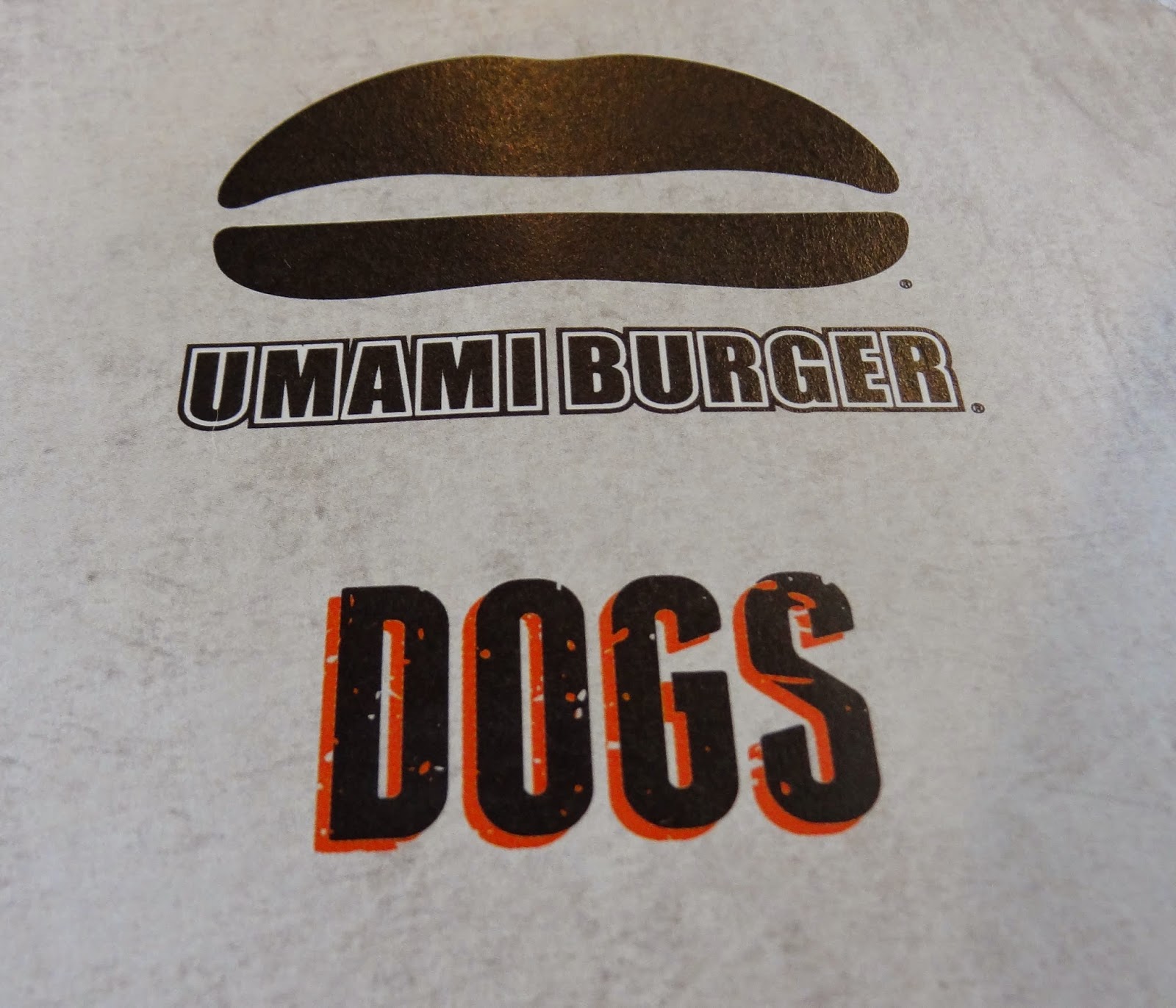 Fast forward to today,
this spot is now the Burbank location for
Umami Burger.  The new owners did add an
"umami" twist to Papoo's hot dog menu.

I'm glad that this location was kept the Papoo's
look and feel, just updated. 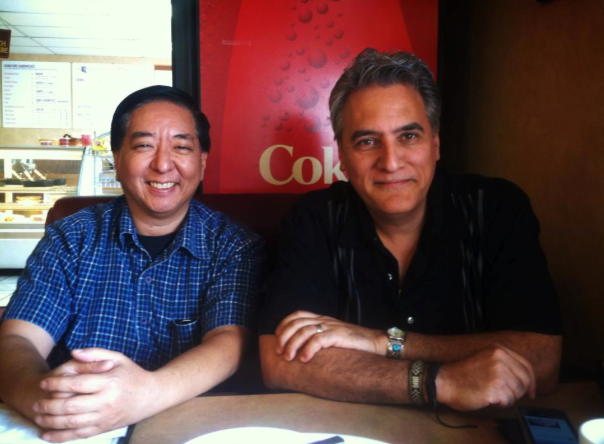 When Valentino mentioned revisiting Papoo's Hot Dog Show
and "The Show Dog", I was trying to remember if I had
one back in the day.  As a hot dog fan, I was intrigued
with Valentino's story of this famous dog and knew
I wanted to check it out.

So we met up one Saturday at the old Papoo's location,
which is now Umami Burger, Burbank. 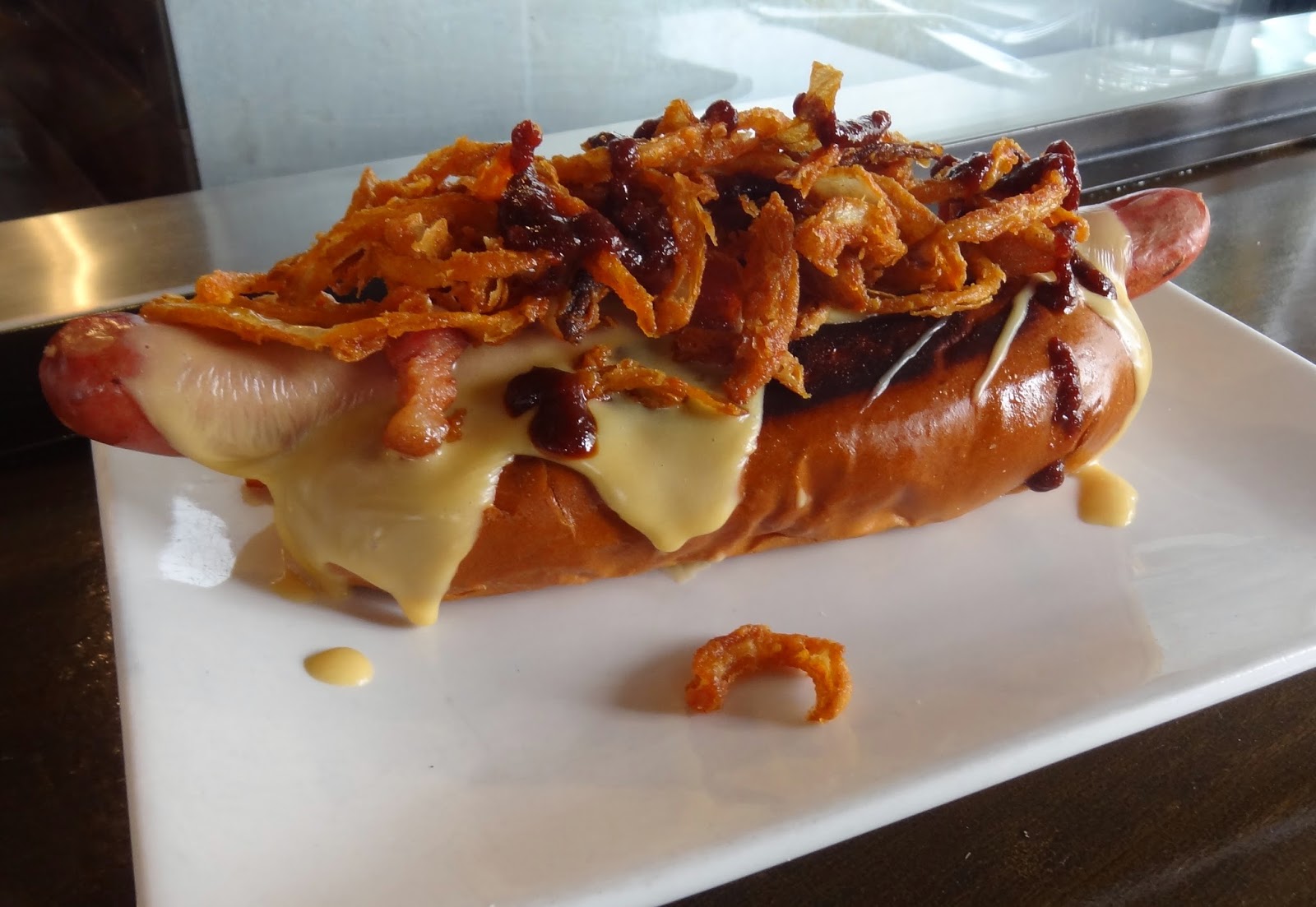 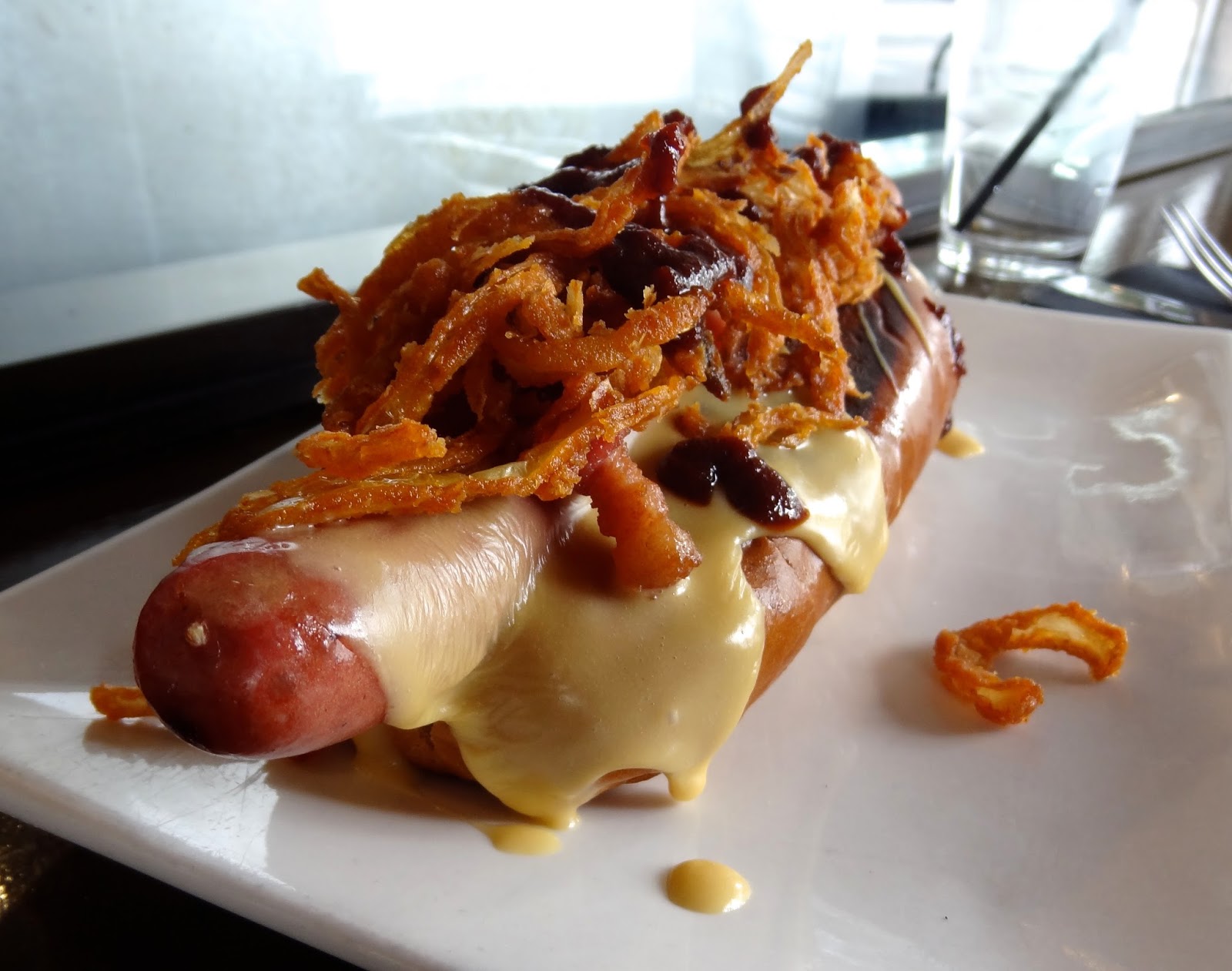 It's been years since I've been to Papoo's
and didn't get a chance to visit before closing in 2011.
But I'm glad that Umami Burger kept the place
close to the original, just updated.

This version was sweet with the BBQ sauce,
gooey with the cheese sauce, and
crunchy with the bacon and onion strings.

After Papoo's Hot Dog Show closed,
some of the employees headed a couple of blocks
down the street to the HoneyBaked Ham Restaurant
in Toluca Lake.

They brought over some of the Papoo's recipes,
including the famous "Show Dog" 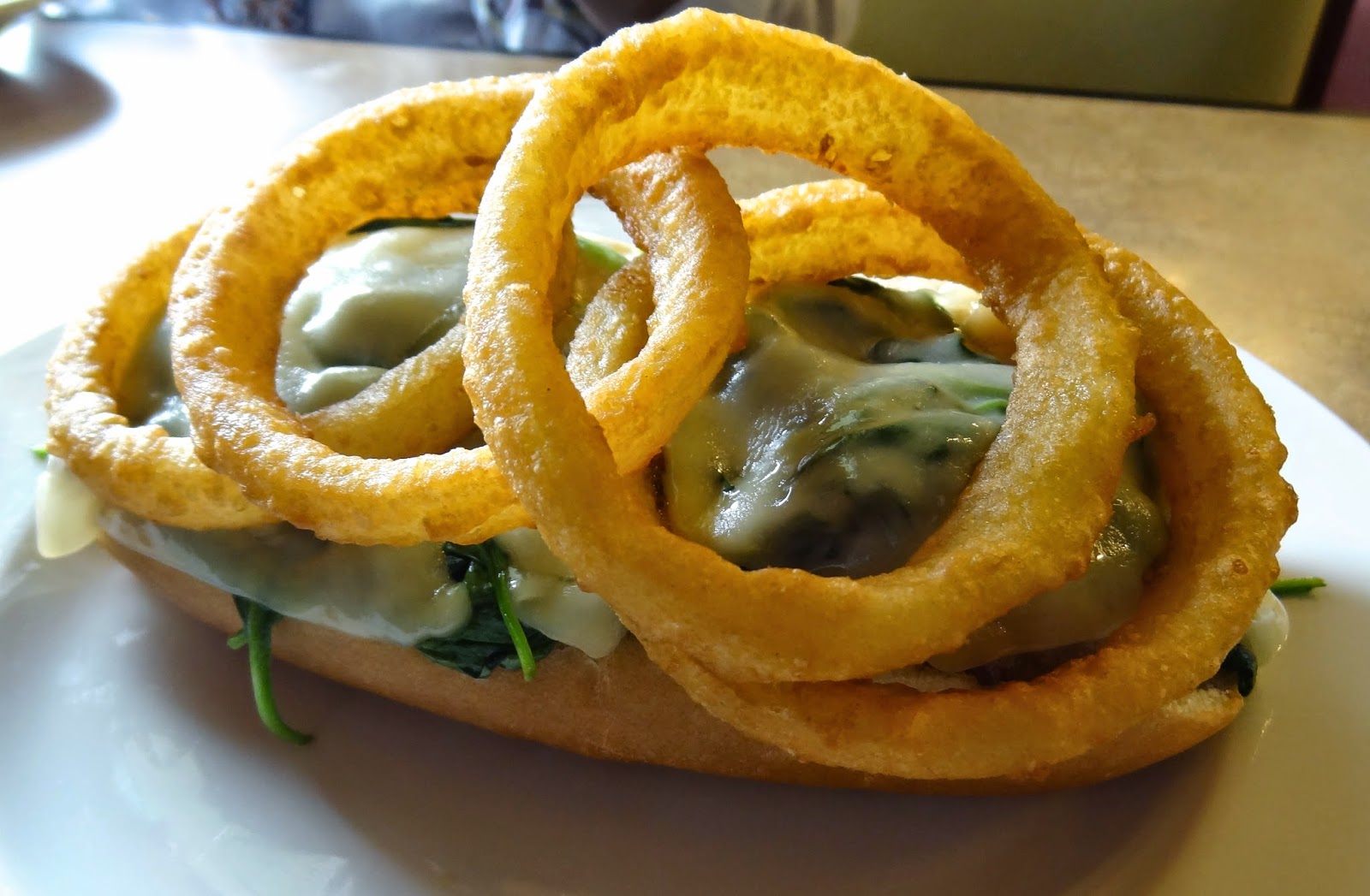 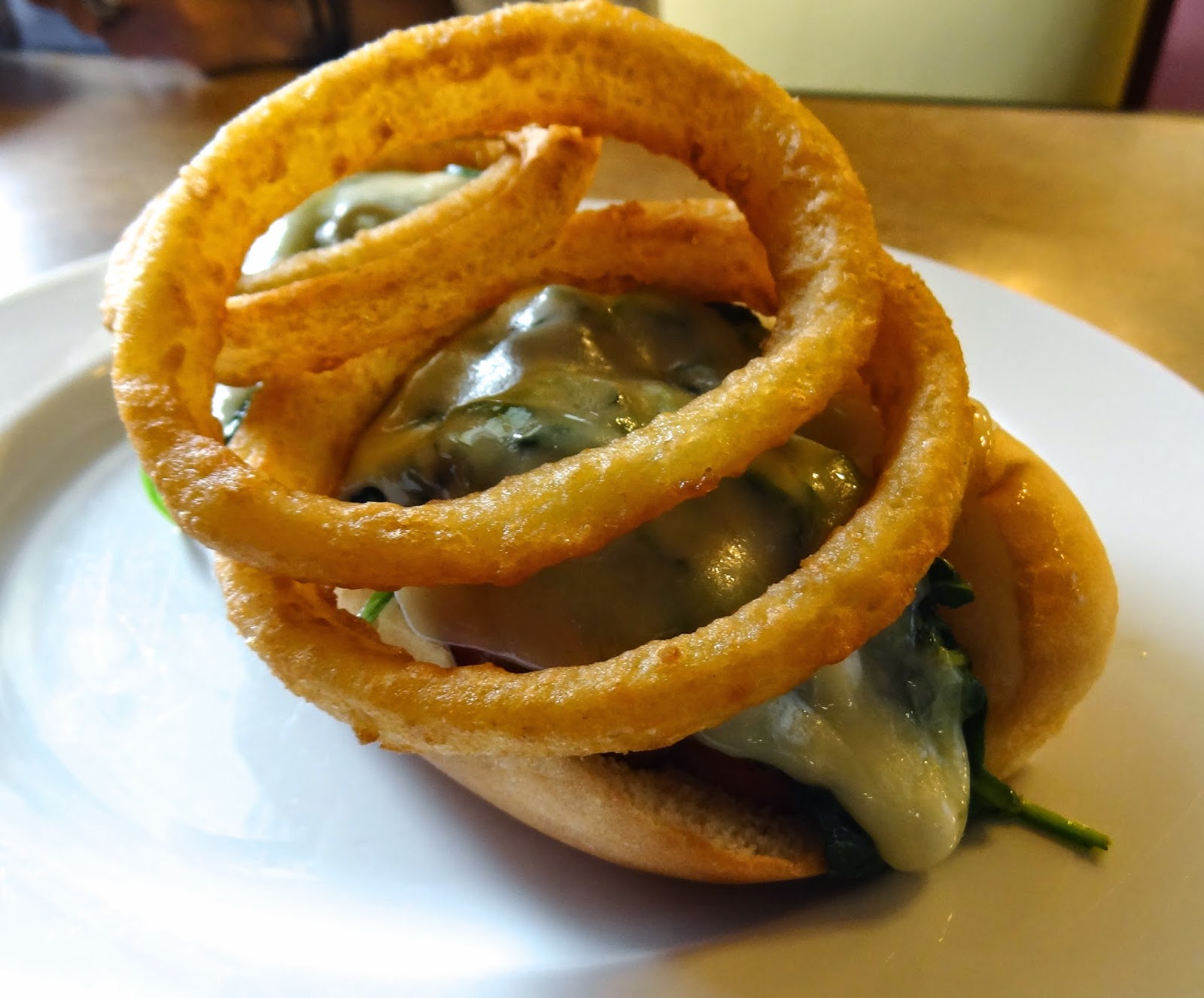 It's a split grilled hot dog with a slice of bacon, grilled spinach,
with melted Swiss cheese and topped with onion rings.

I enjoyed this dog with the spinach
and crunchy with the onion rings.
It was old skool with simple flavors.
I'm glad that I got to try both versions
and able to get to compare both.

It's another one of the old skool menu items
that I got to try.