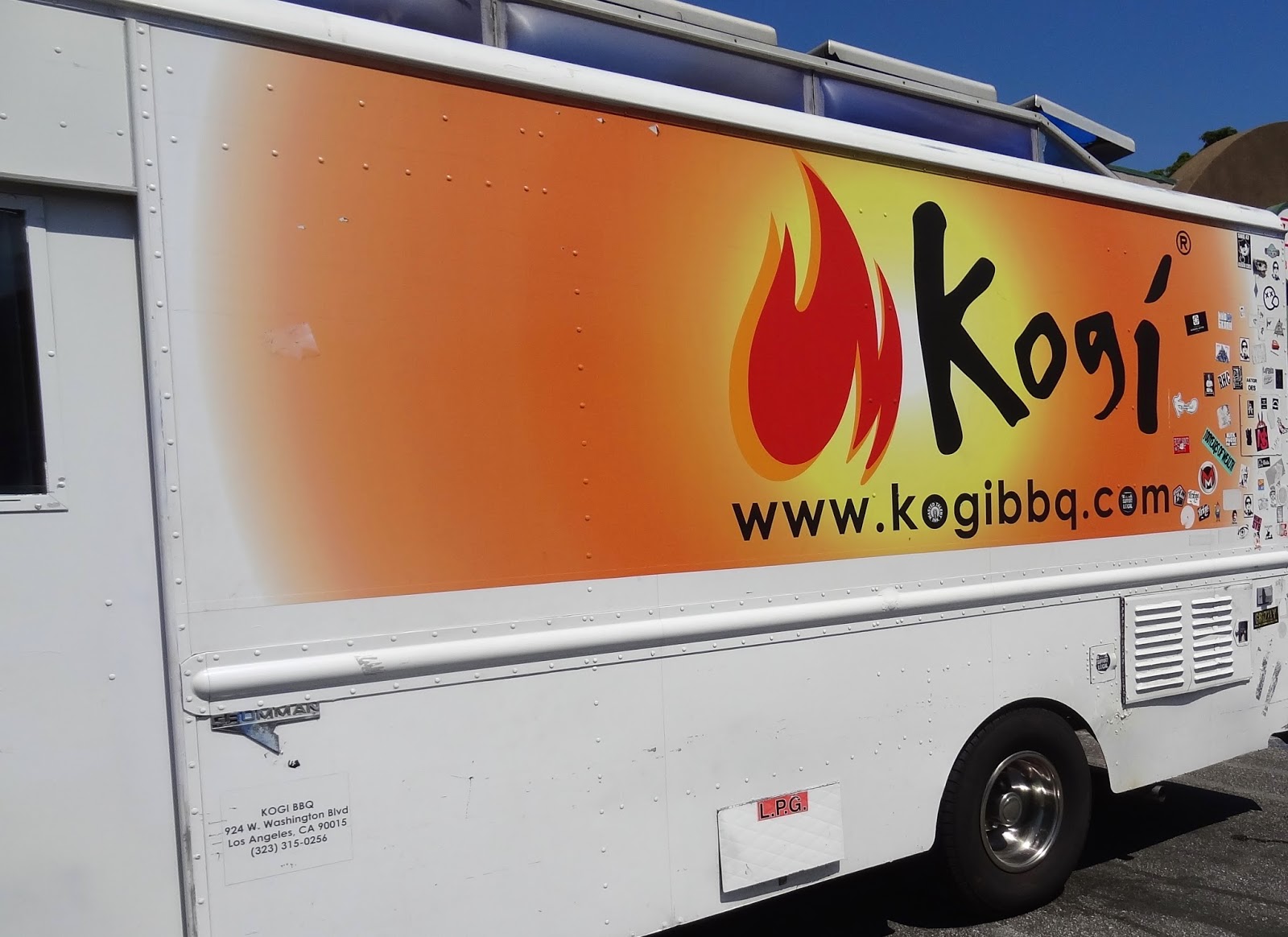 If you're a follower of gourmet food trucks,
I'm sure you've heard of Chef Roy Choi and
the Kogi Truck.

The gourmet food truck trend and social media phenomenon
began with the Kogi truck.  Not only did they create a new
food category, but also a new menu items not seen before.

Chef Roy Choi said that his food tastes like L.A.
If you think about creating menu items that represent
Los Angeles and it's food culture, Chef Roy hit it right
on the head.  A taco which has a Korean short-rib filling
and served with a Mexican/Asian sauce. 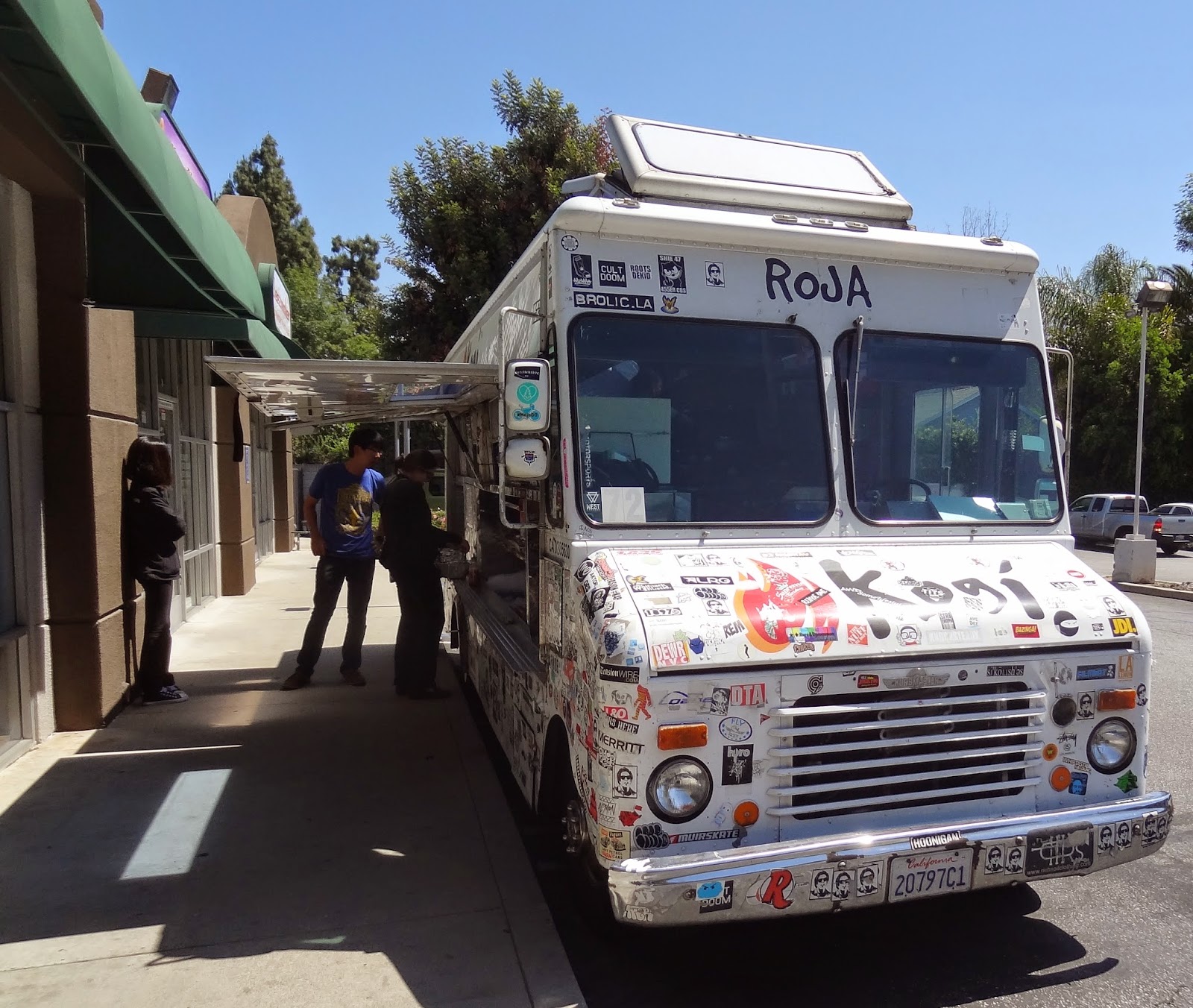 They began with one truck and Twitter
back in 2008. 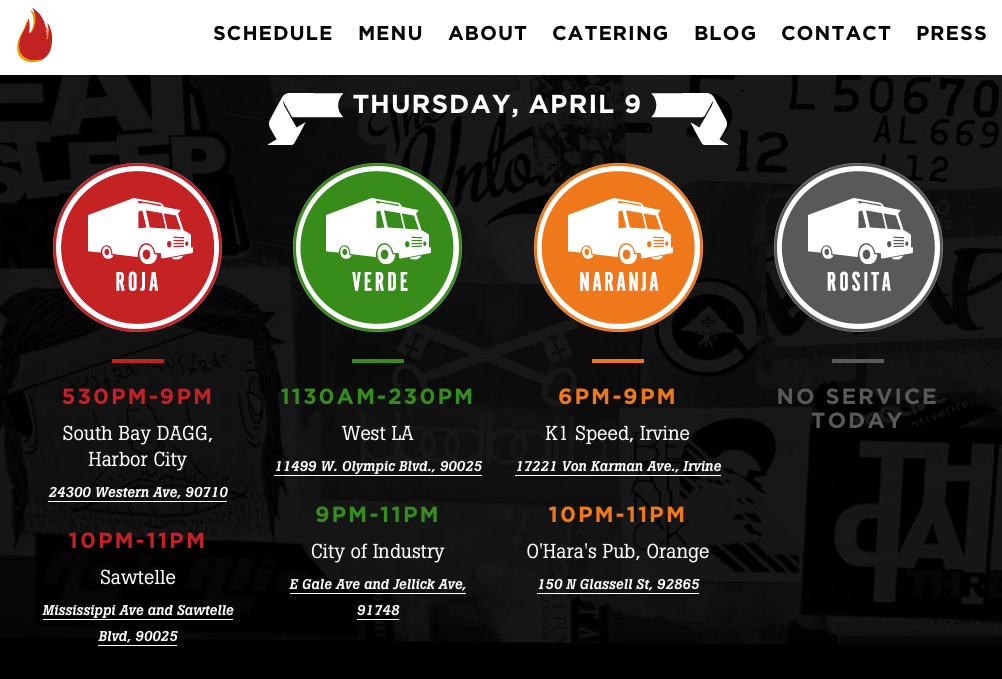 Check the Kogi Truck website
for days and times

Just look for the line...


Now, what to order? 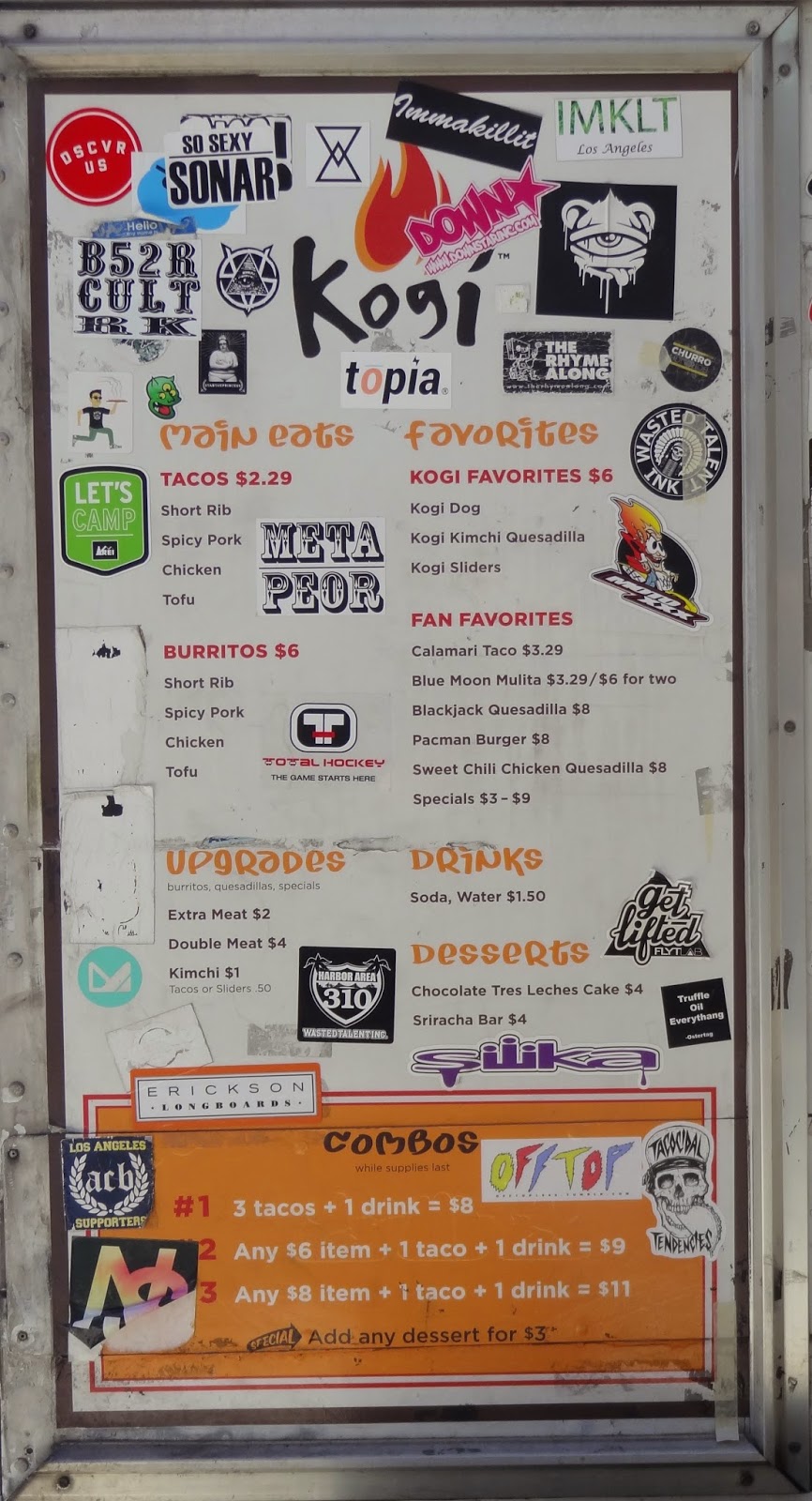 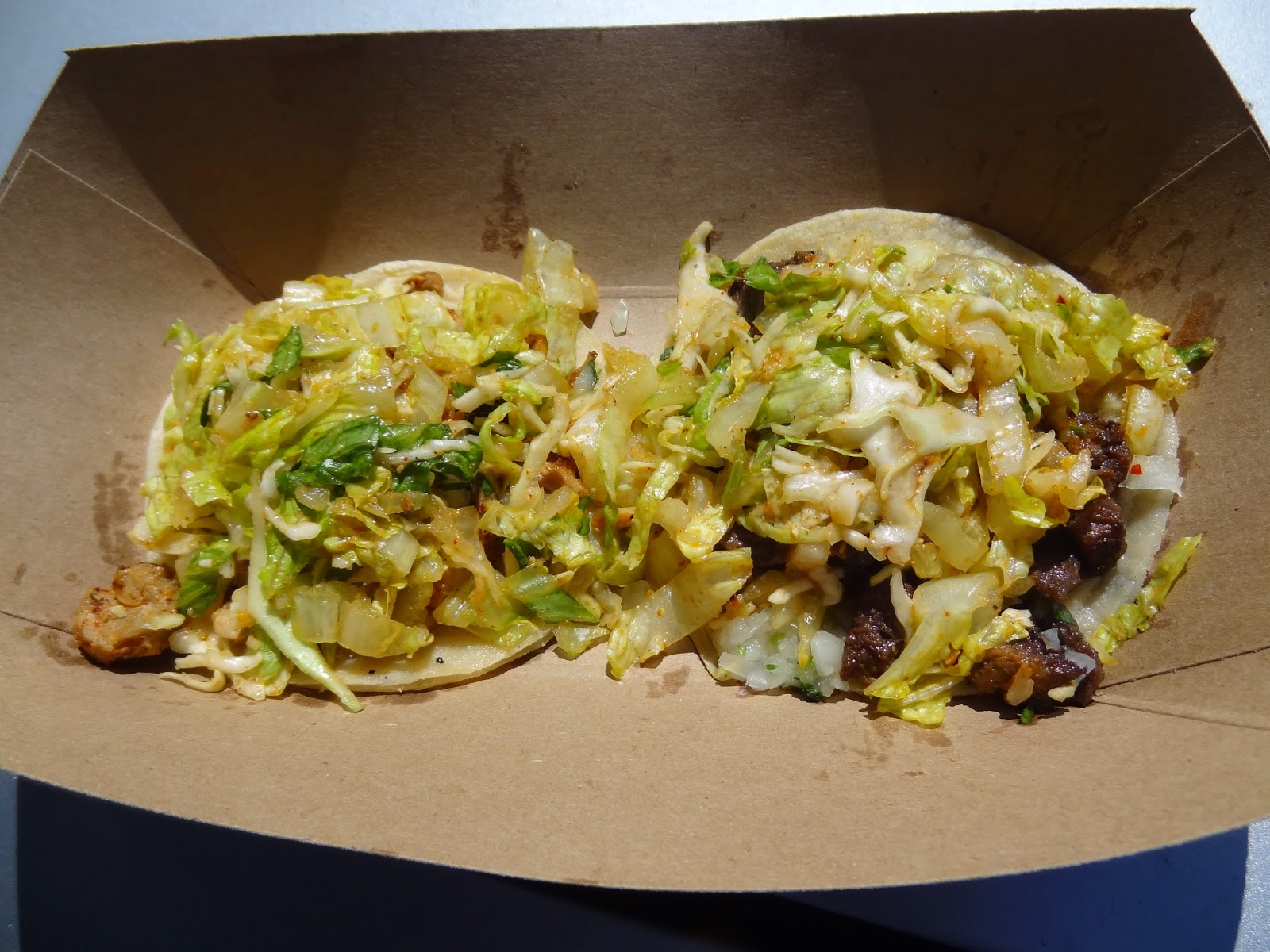 The chicken is marinated in a ginger-soy marinate before
being grilled.  The short-rib is a double caramelized Korean
barbecue short-rib, with a salsa roja (made from Korean
and Mexican chillies).  Both taco are served with their
cilantro-onion-lime relish and chili soy Kogi slaw,
served over two corn tortillas.

The Short-Rib taco which started it all! 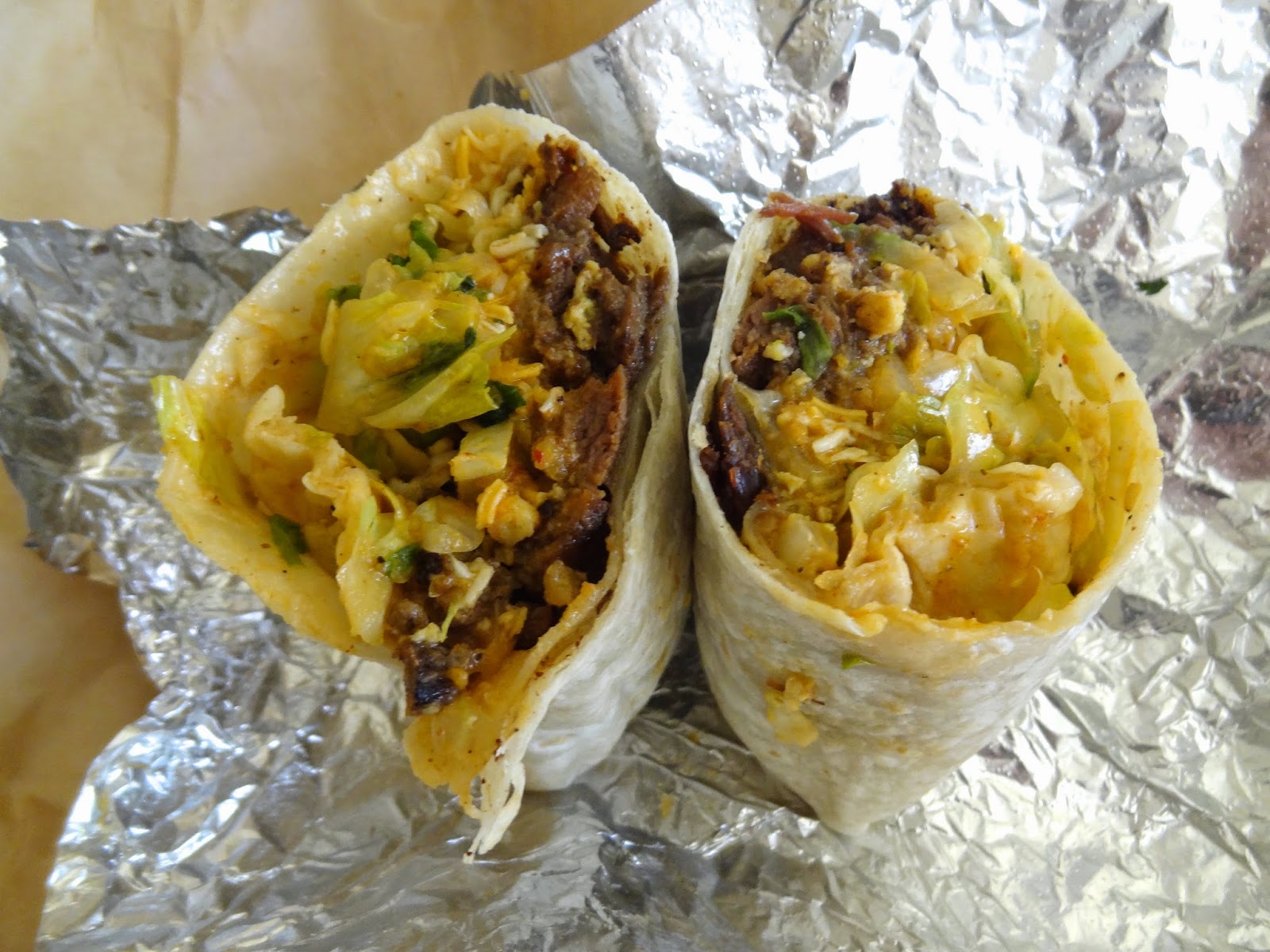 Short-Rib Burrito
with the same short-rib as in their tacos,
shredded cheese, chopped onions, cilantro,
chopped romaine, and cabbage lettuce tossed
in their Korean chili-soy vinaigrette. 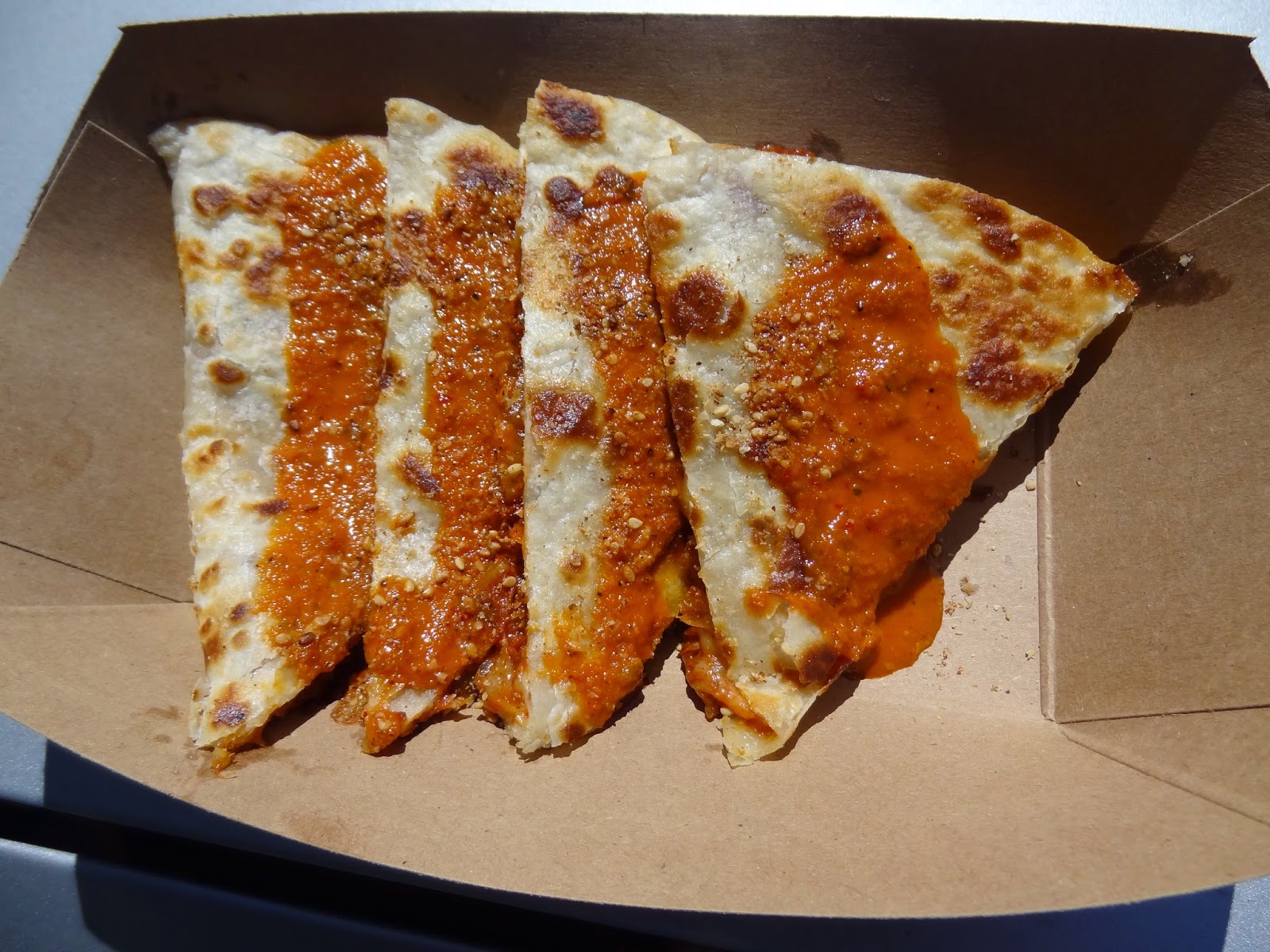 Kogi Kimchi Quesadilla
with Monterey Jack and cheddar cheeses
and caramelized, buttered kimchi.
The quesadilla is topped with their classic
salsa roja and sesame seeds.

When I first saw this on the menu,
I thought "what?"
After I tried it, I really enjoyed it.
It does have a kick, so if you're not into spice,
you may want to avoid this one. 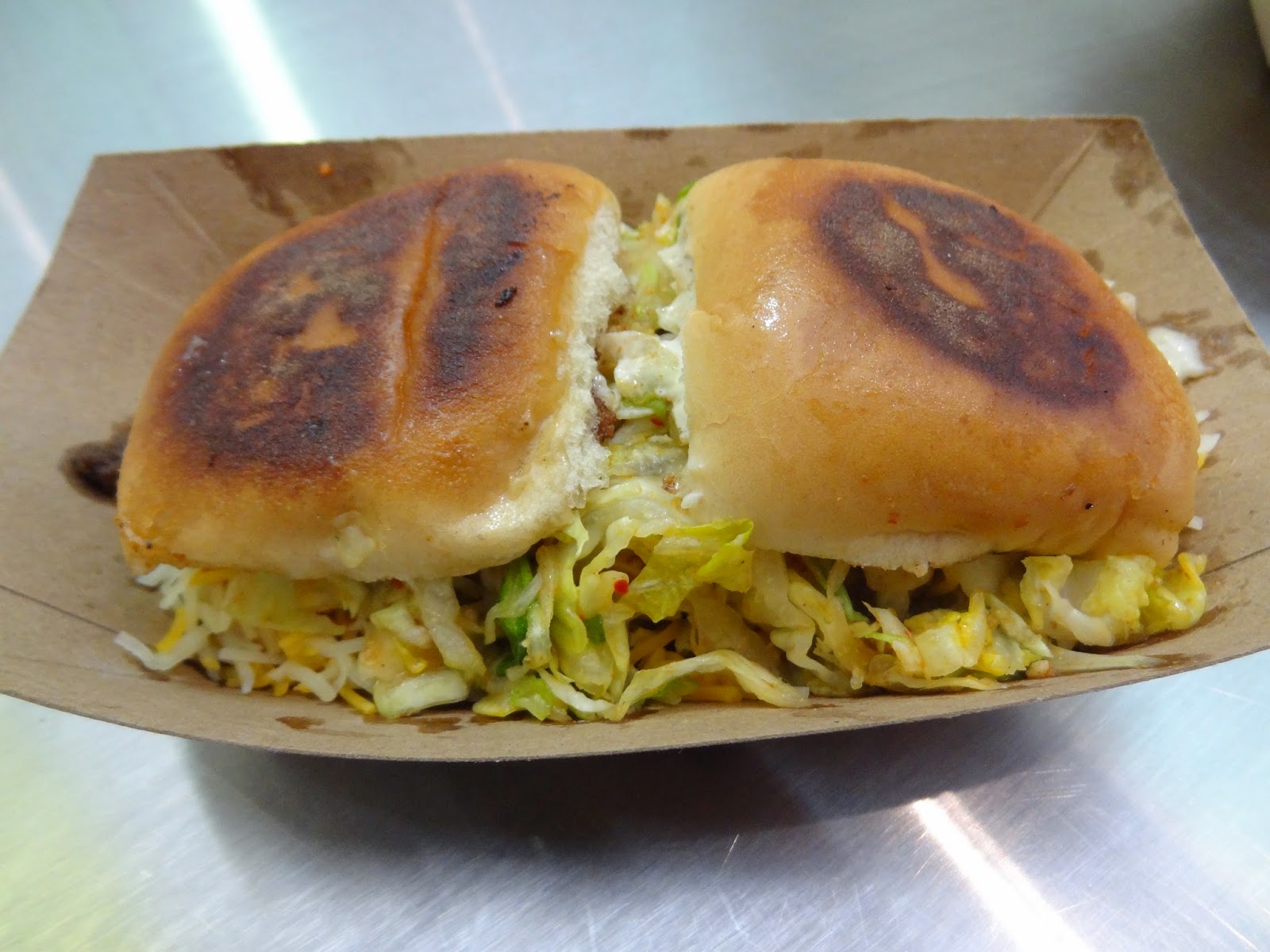 This is just like their tacos
but on a bun. 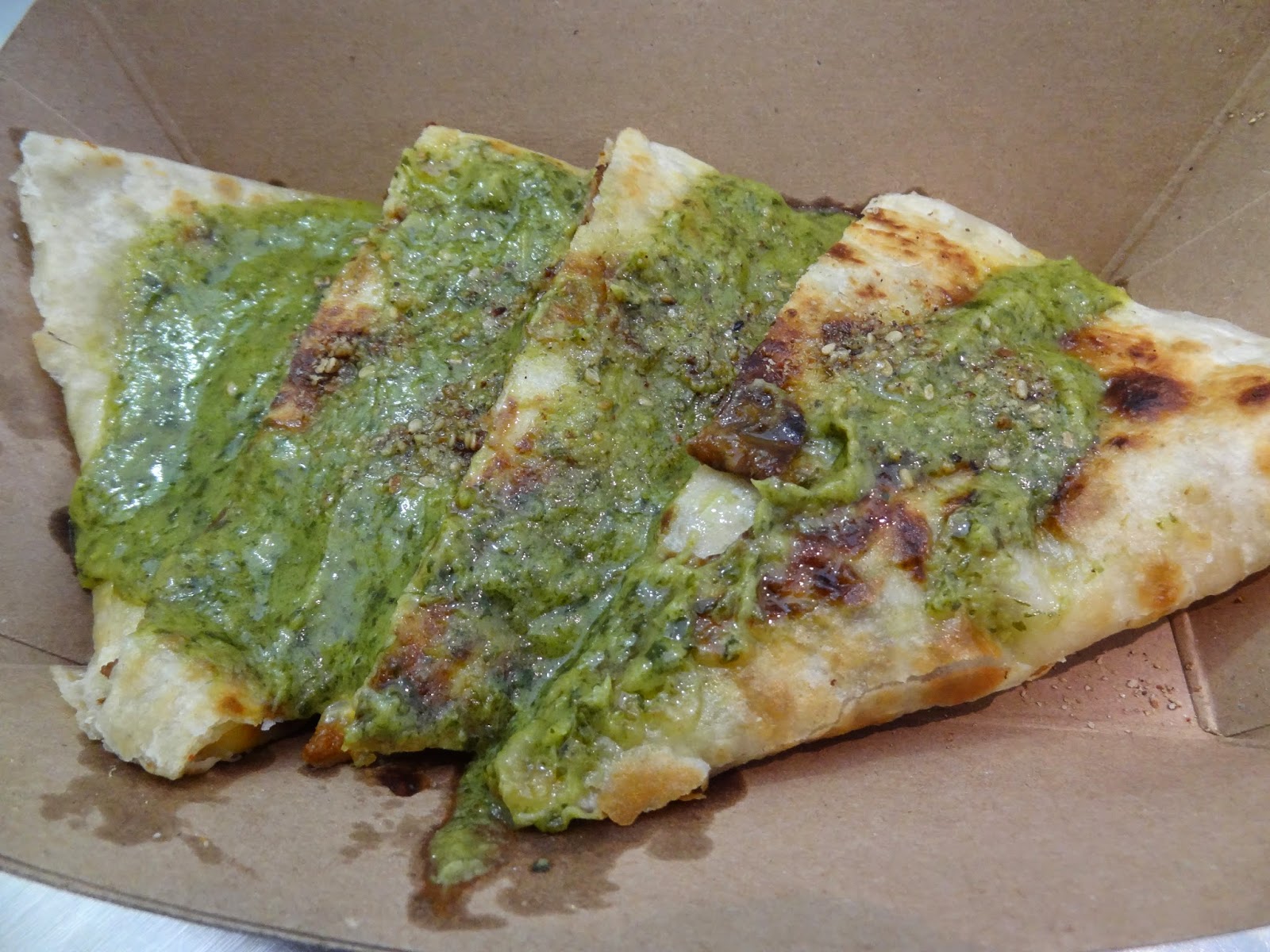 Blackjack Quesadilla
with caramelized onions and spicy pork
together with melting cheddar and jack cheeses and
topped with a citrus-jalapeno-roasted-garlic salsa verde.

I liked this one over the kimchi quesadilla.
Maybe because of the spicy pork
and onions.  The kimchi one is spicier,
but I like citrus so maybe the reason why I
liked this one better.  Either way,
you can't go wrong.


My first visit to the Kogi truck was back in 2008.
I waited with 100 other people.  The truck was late,
I checked Twitter and saw that they were just stuck in traffic,
By the time we got our food, we had waited about 2 hours.
But the food was different (in a good way).
Still today the short-rib burrito is my favorite item.

The Kogi Truck, something you need to do at least once.
Just look for the line...