Exotic Meats...A Walk on the Wild Side 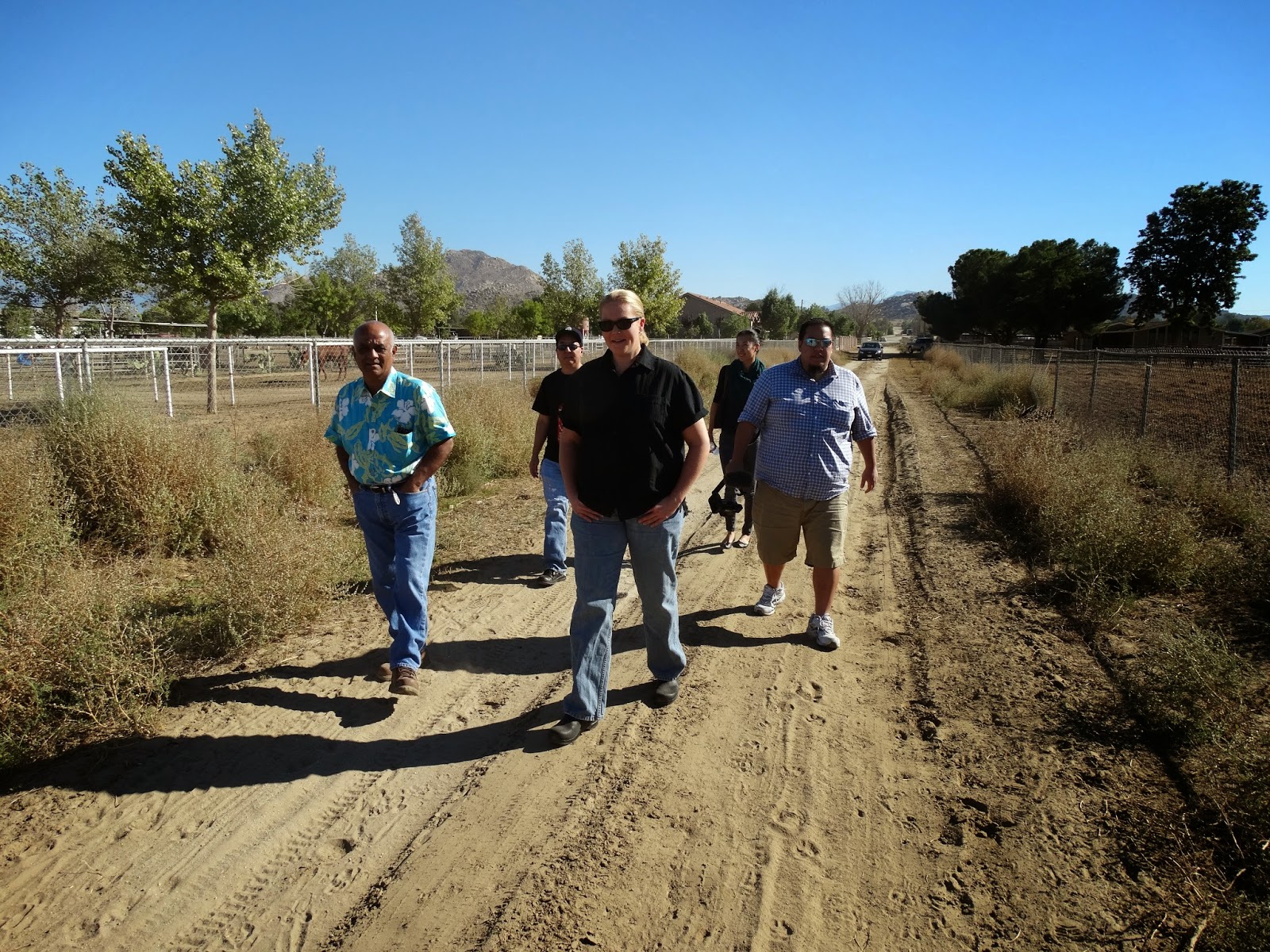 Photo Courtesy of Val of Trippy Food
"A Walk on the Wild Side" begins...

Before we get to the exotic stuff, just some background
on how all of this came about.

I've been fortunate to meet some really interesting
and passionate food people along my food journey.

While attending a restaurant tasting with food
adventurer, @KristieHang, we happened to sit next to
@trippyfood and @cuethecritic.  A conversation began,
funny thing, we've been following each other on
social media and a true pleasure meeting both of them IRL.

Next thing I know,
exotic meats are mentioned and weeks later
@trippyfood sets up a tasting at Exotic Meat Market in Perris.

I love Extreme Cuisine, so I was thumbs-up for joining in. 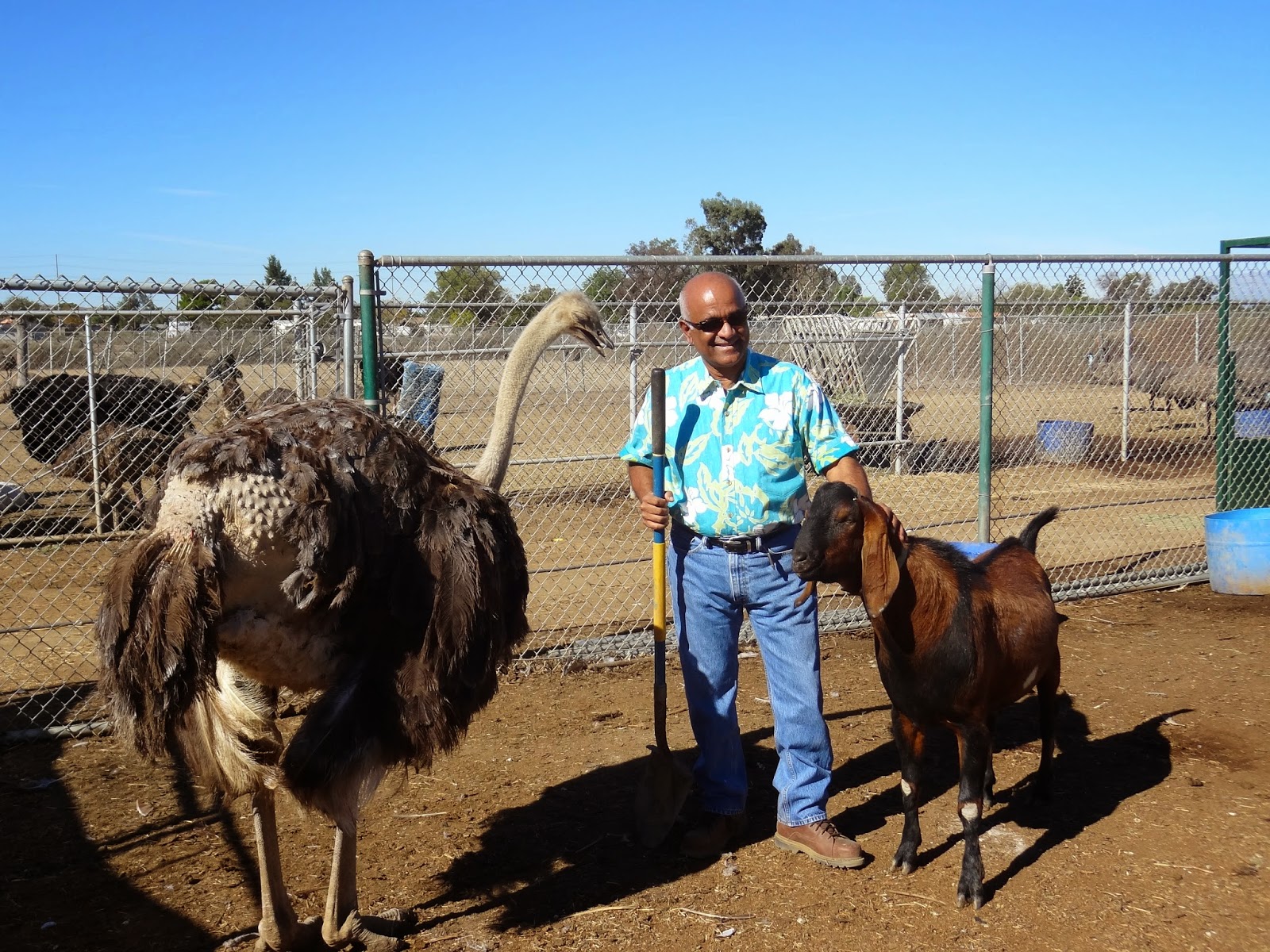 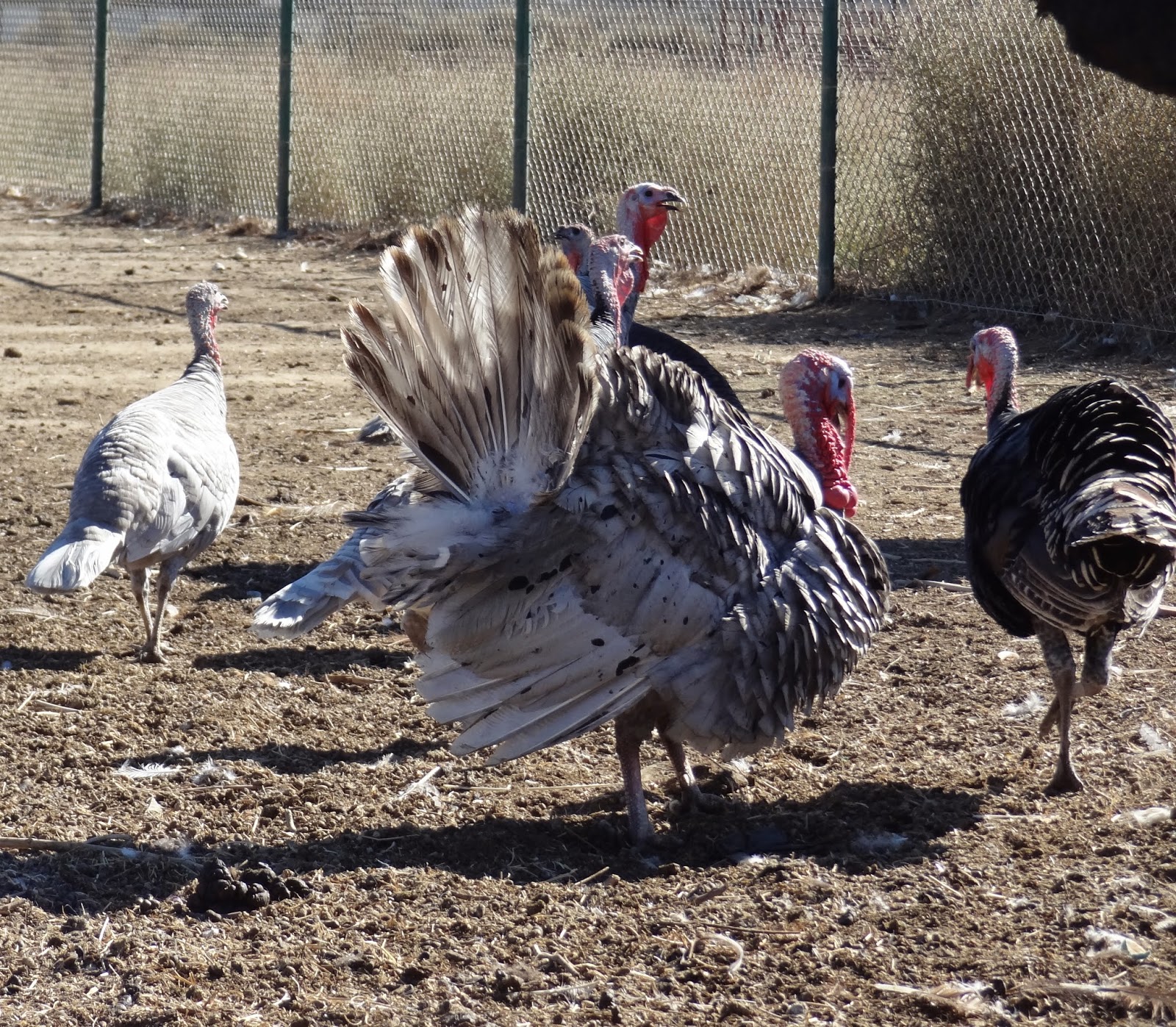 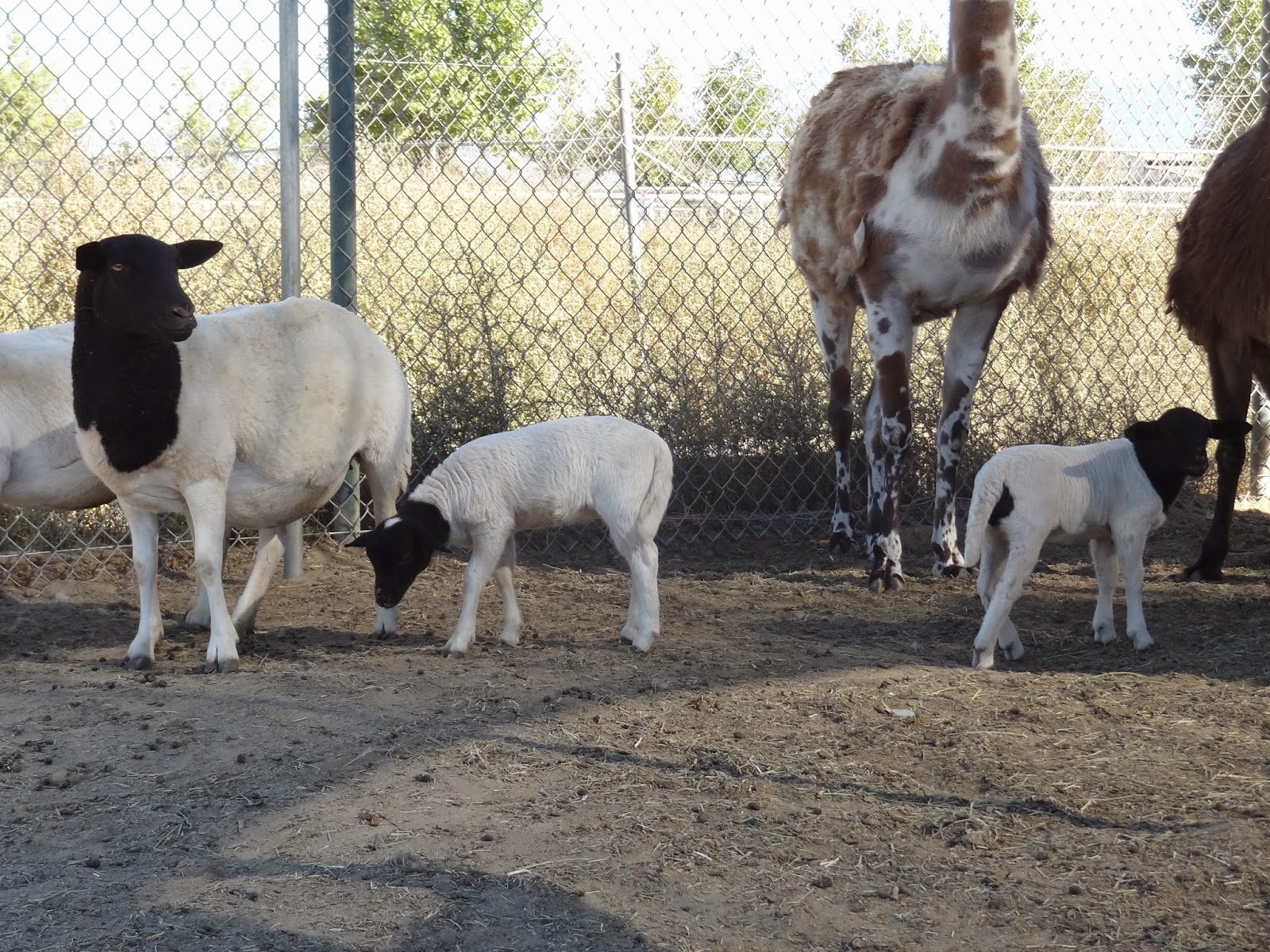 Of course this ranch had some lambs. 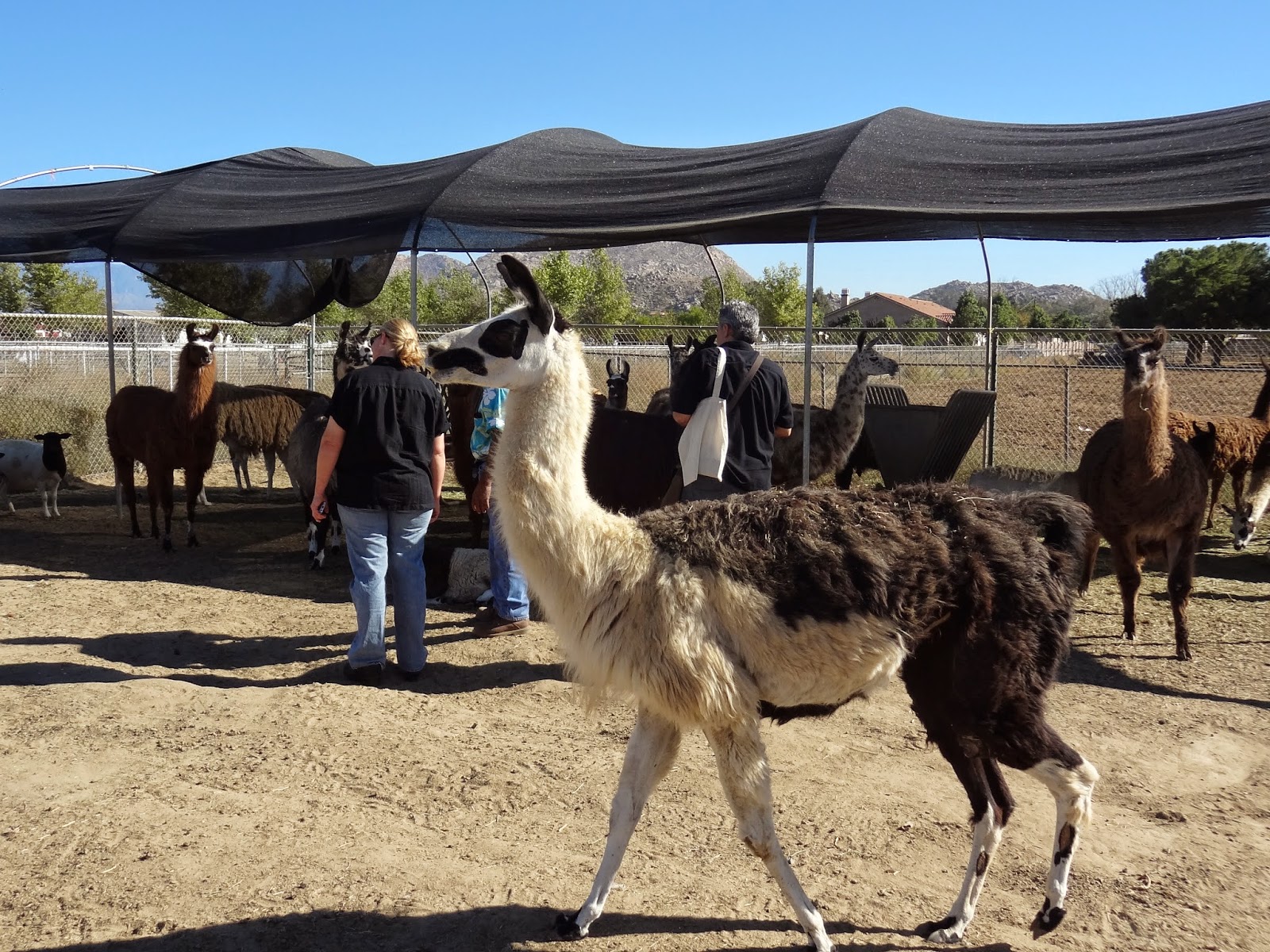 A llama?
Oh, that's right, this is the
Exotic Meat Market Ranch. 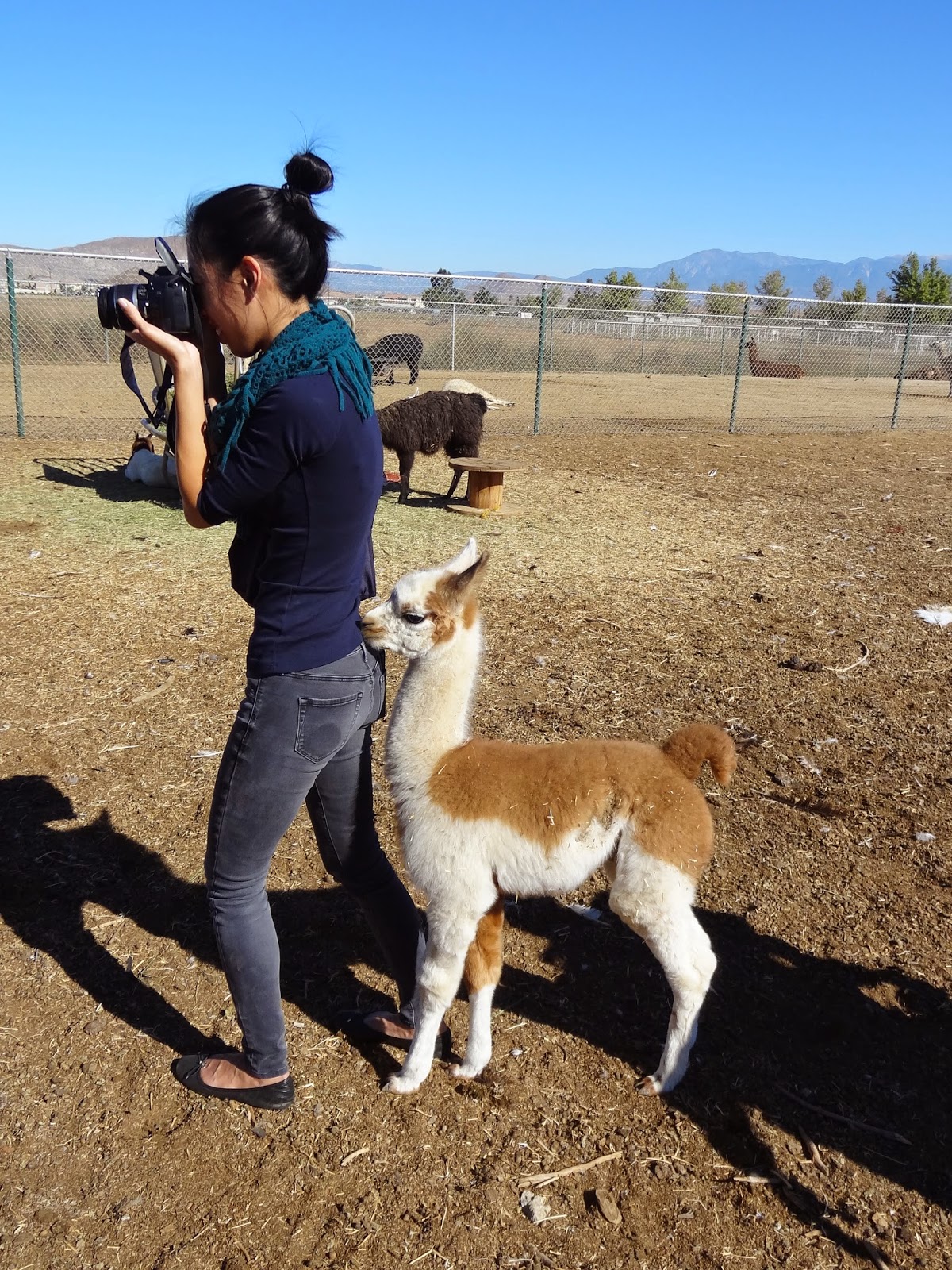 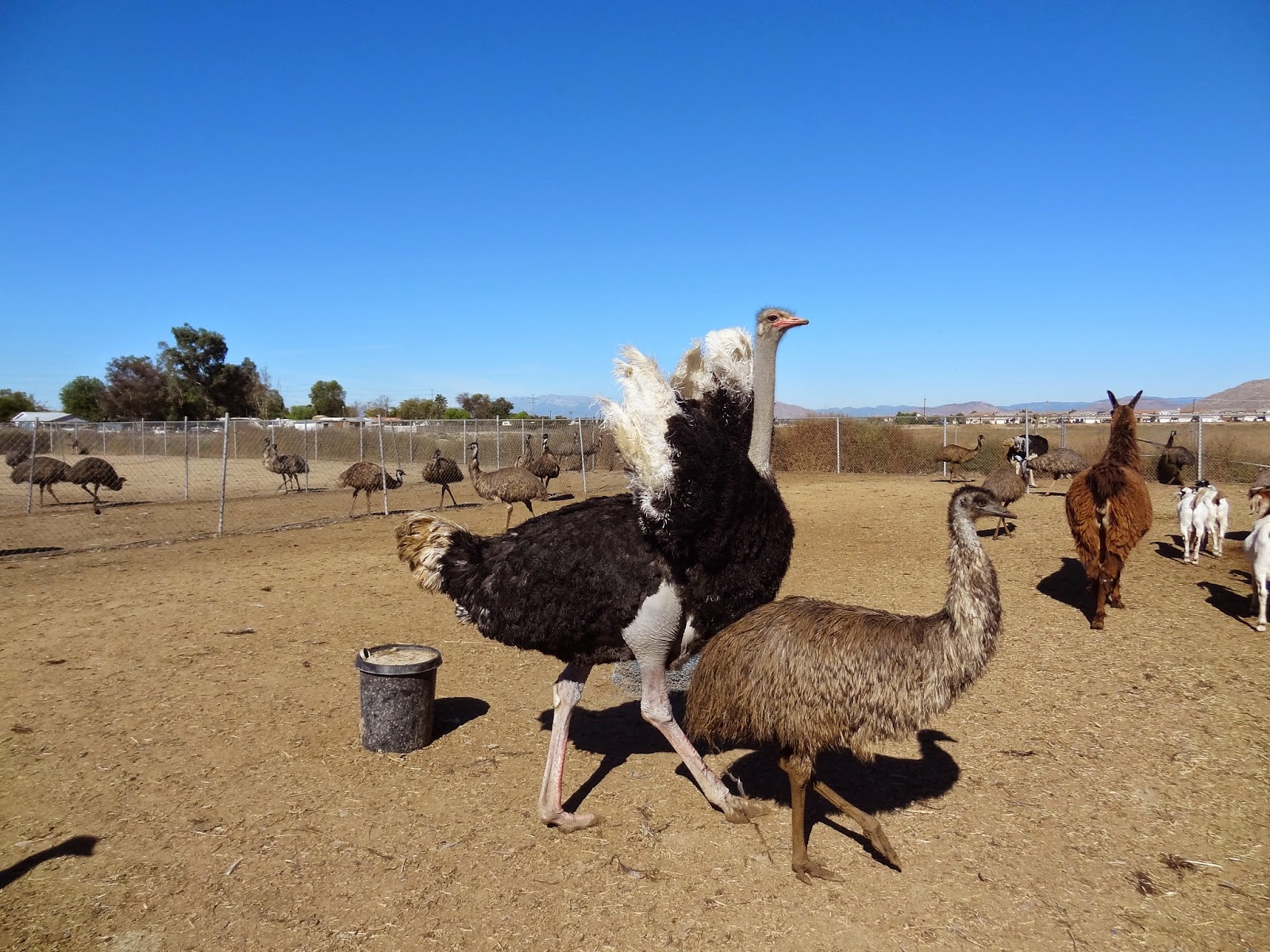 Birds of a feather flock together...

An ostrich and emu,
just some of the ranch inhabitants. 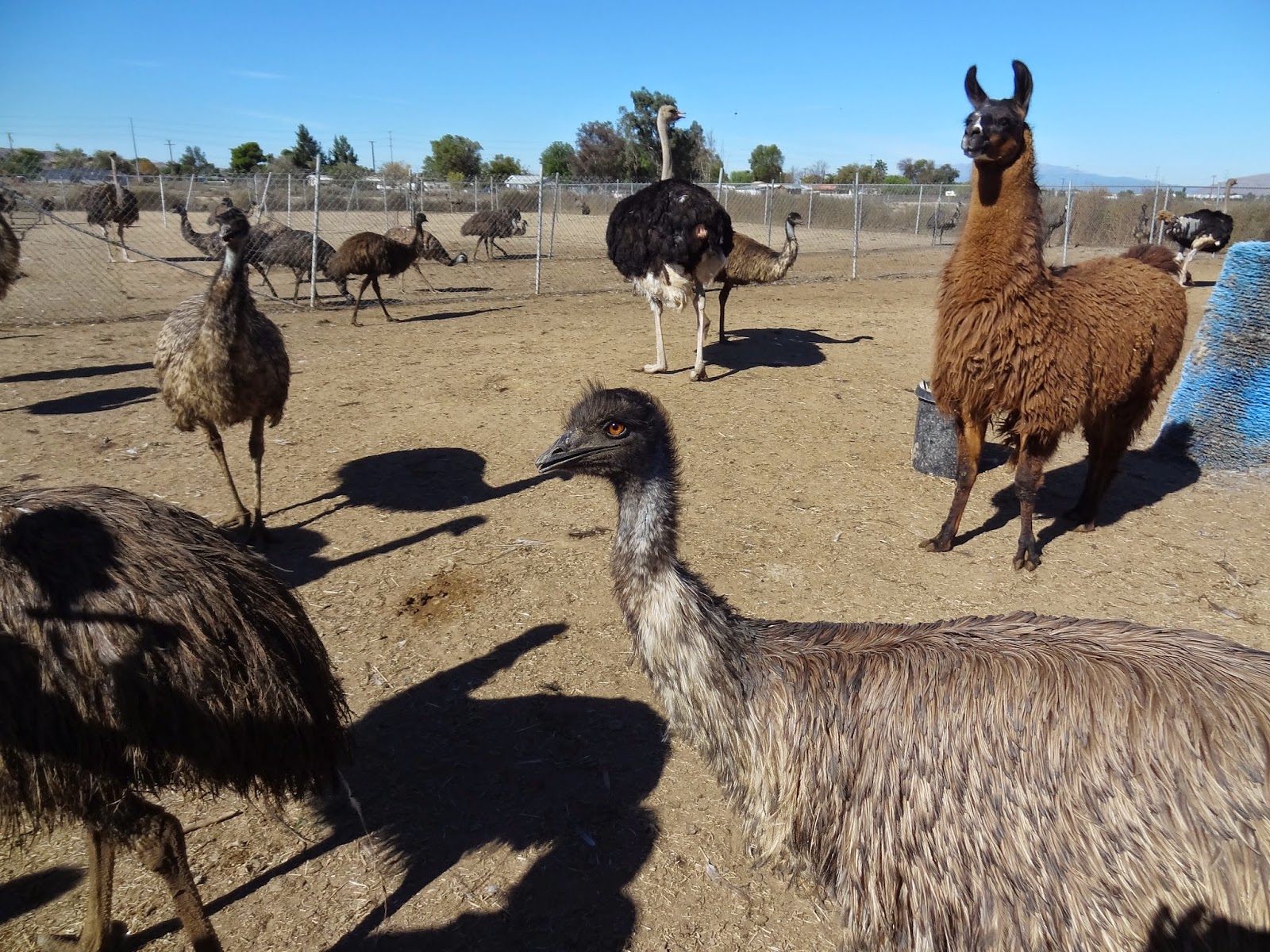 A Flock of Emus

I learned the male emu has a blue neck and
makes a drumming sound. 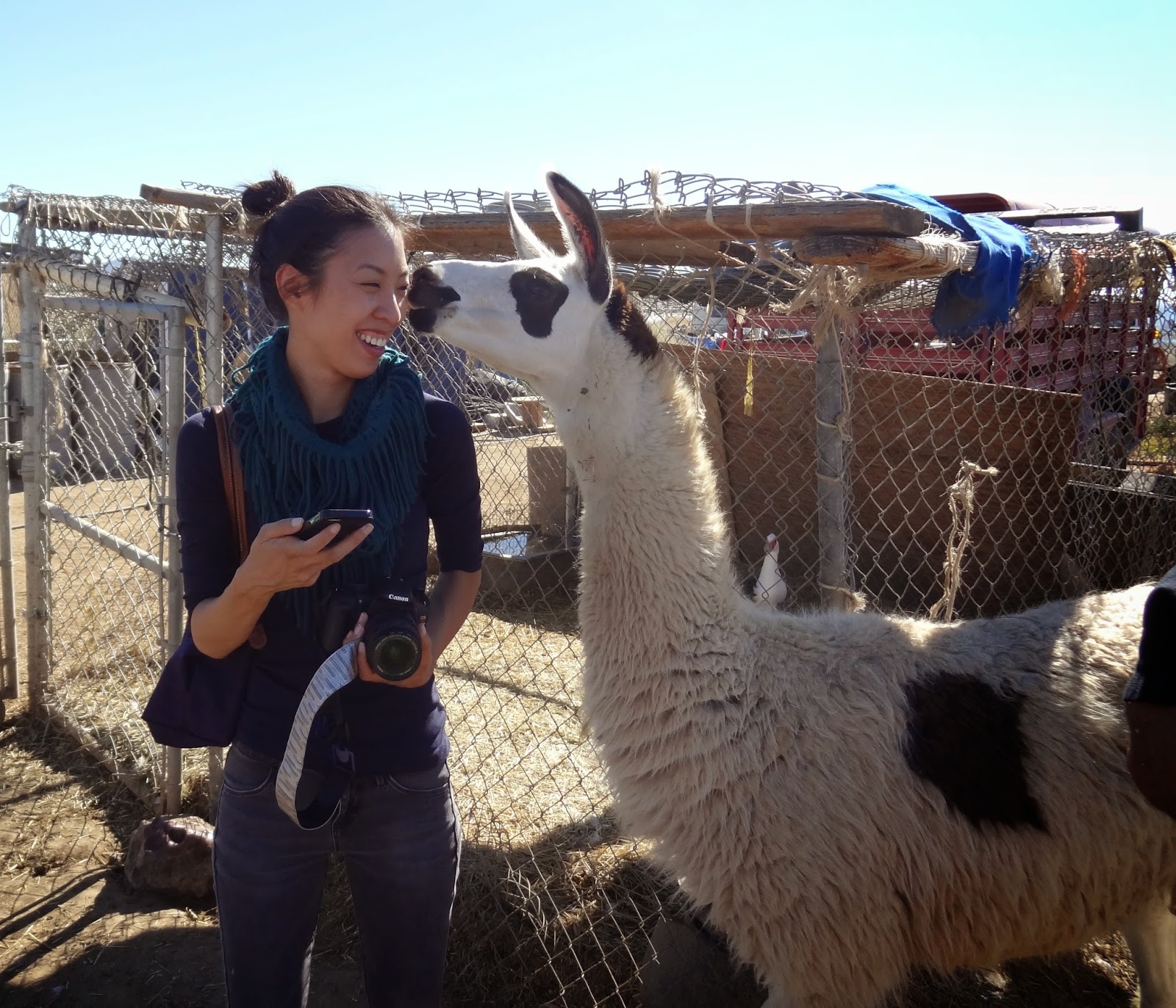 Whenever I'm at an event with Kristie Hang,
there's always a someone telling her they're a fan. 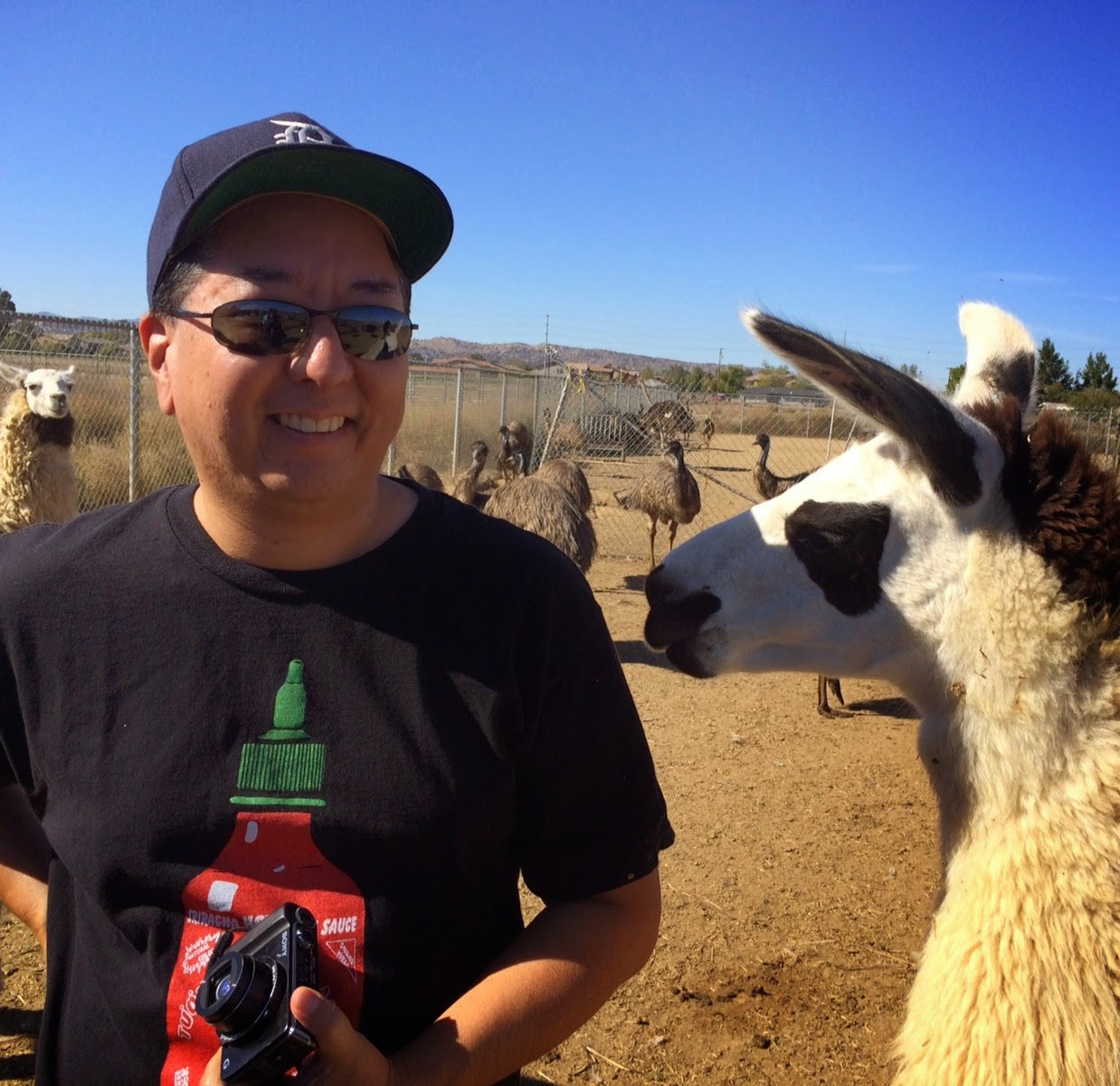 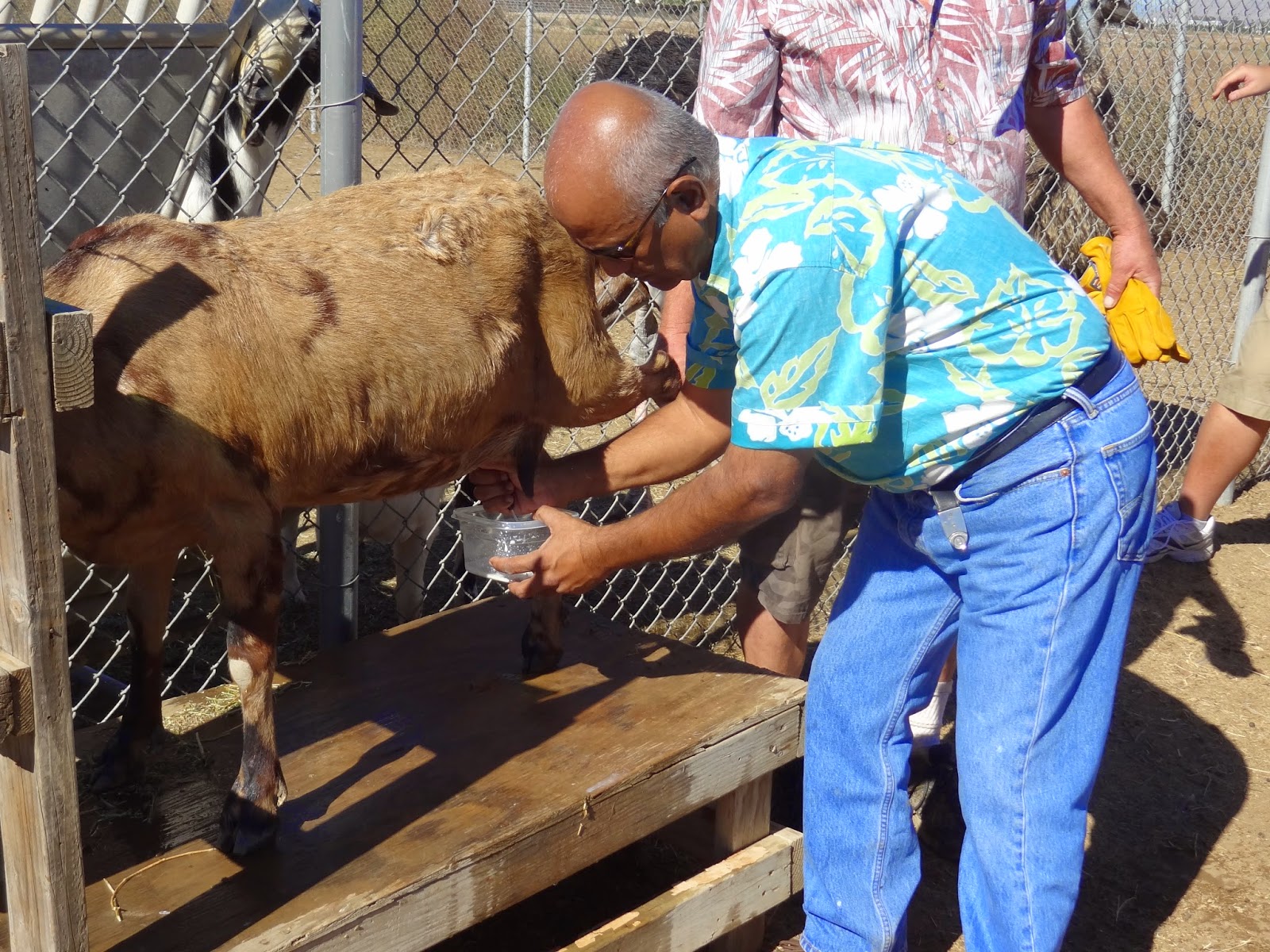 Before we leave the ranch, we got a chance to
taste some really rich goat's milk. 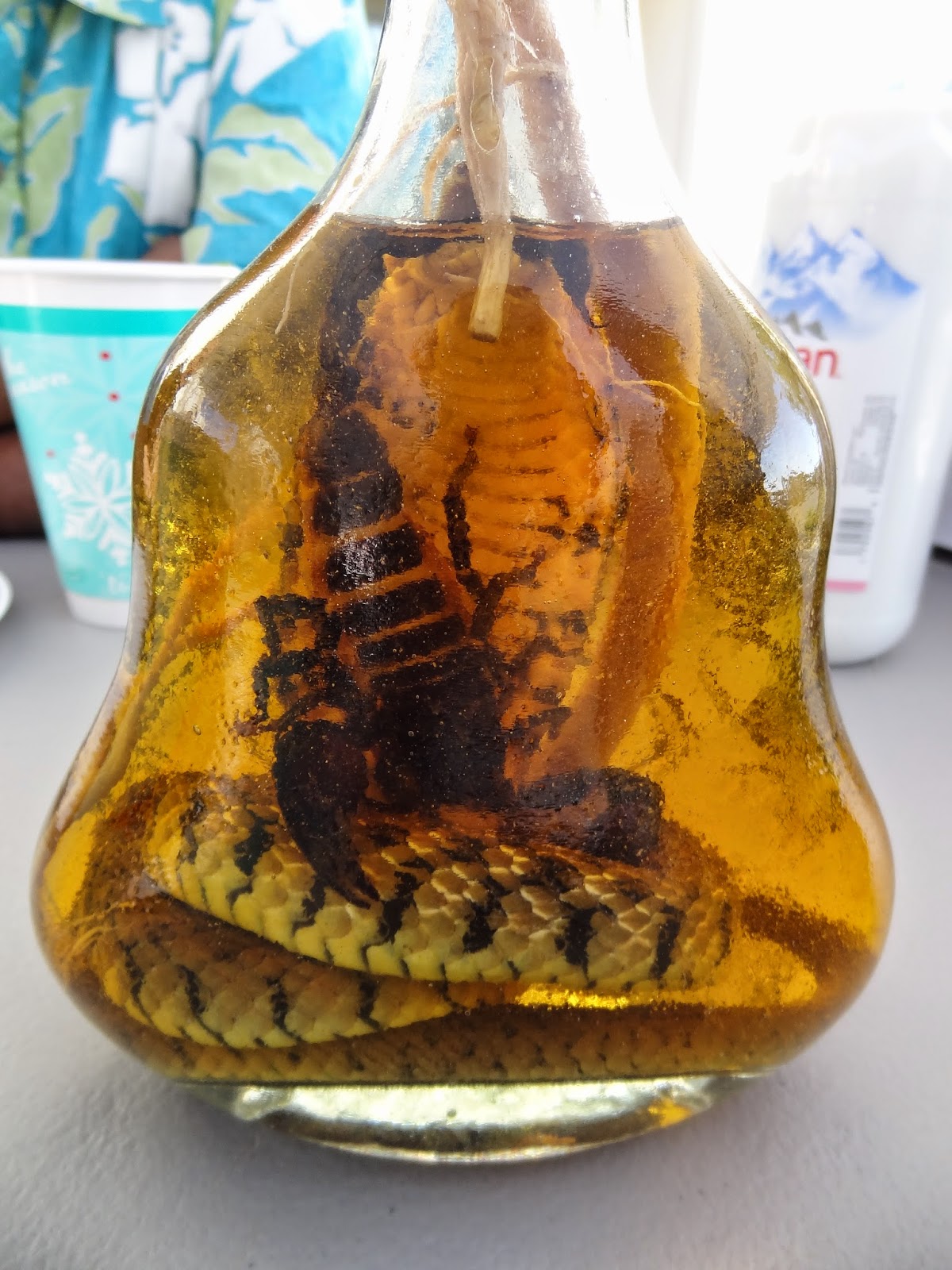 A cobra and a scorpion walk into a bar
or was it a bottle?
It was something like that...

(The cobra has the scorpion's tail in it's mouth)

First on the tasting menu is a

Scorpion Fish
(before being roasted)

Toxins are found in the toothpick-size spikes on the top.

While the fish is in the oven, 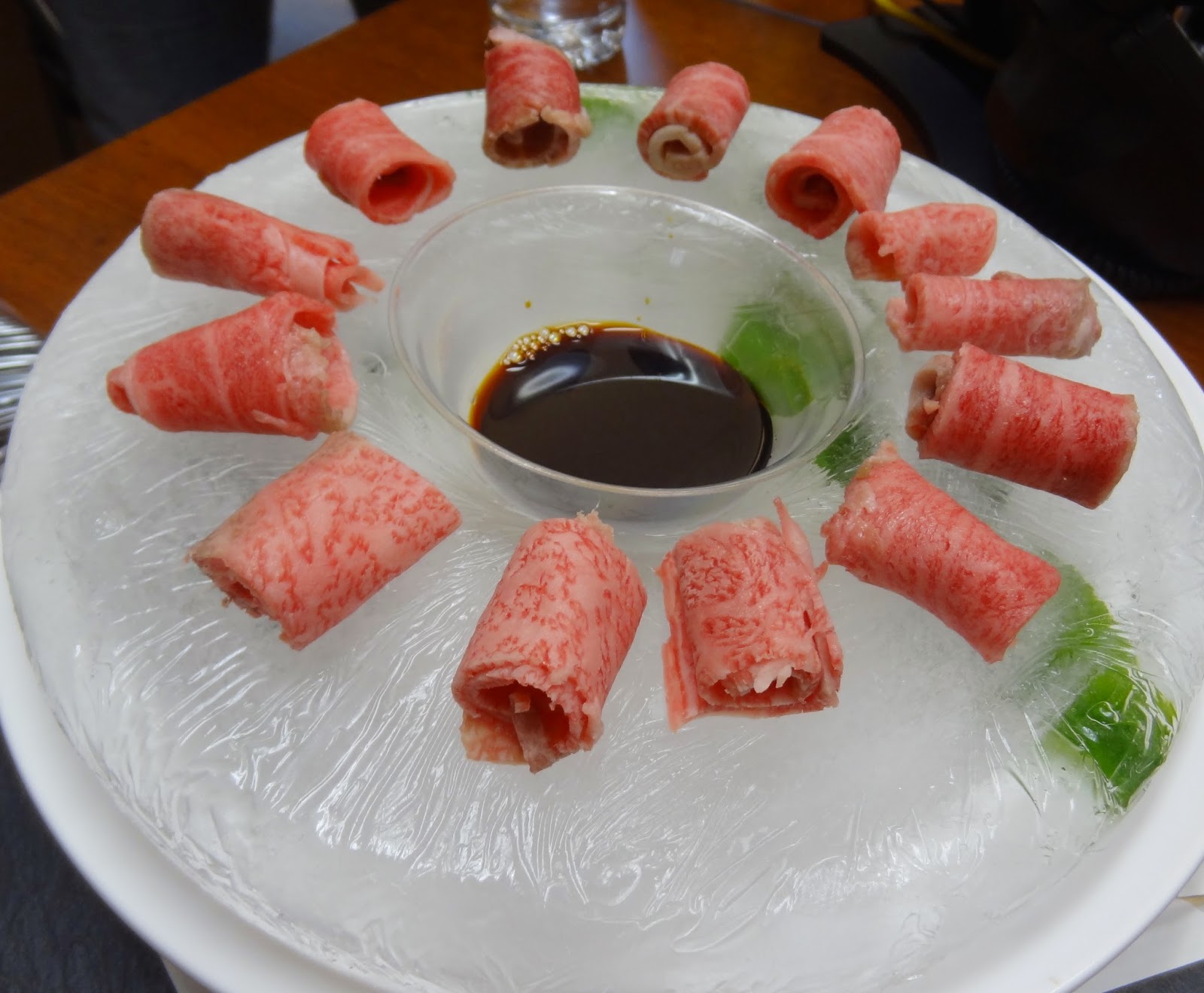 You don't find this grade of Kobe Beef in the U.S.,
although some will say it's the same thing.

There are two ways to enjoy beef at this level,
raw or seared.

It was served raw with wasabi and soy sauce. 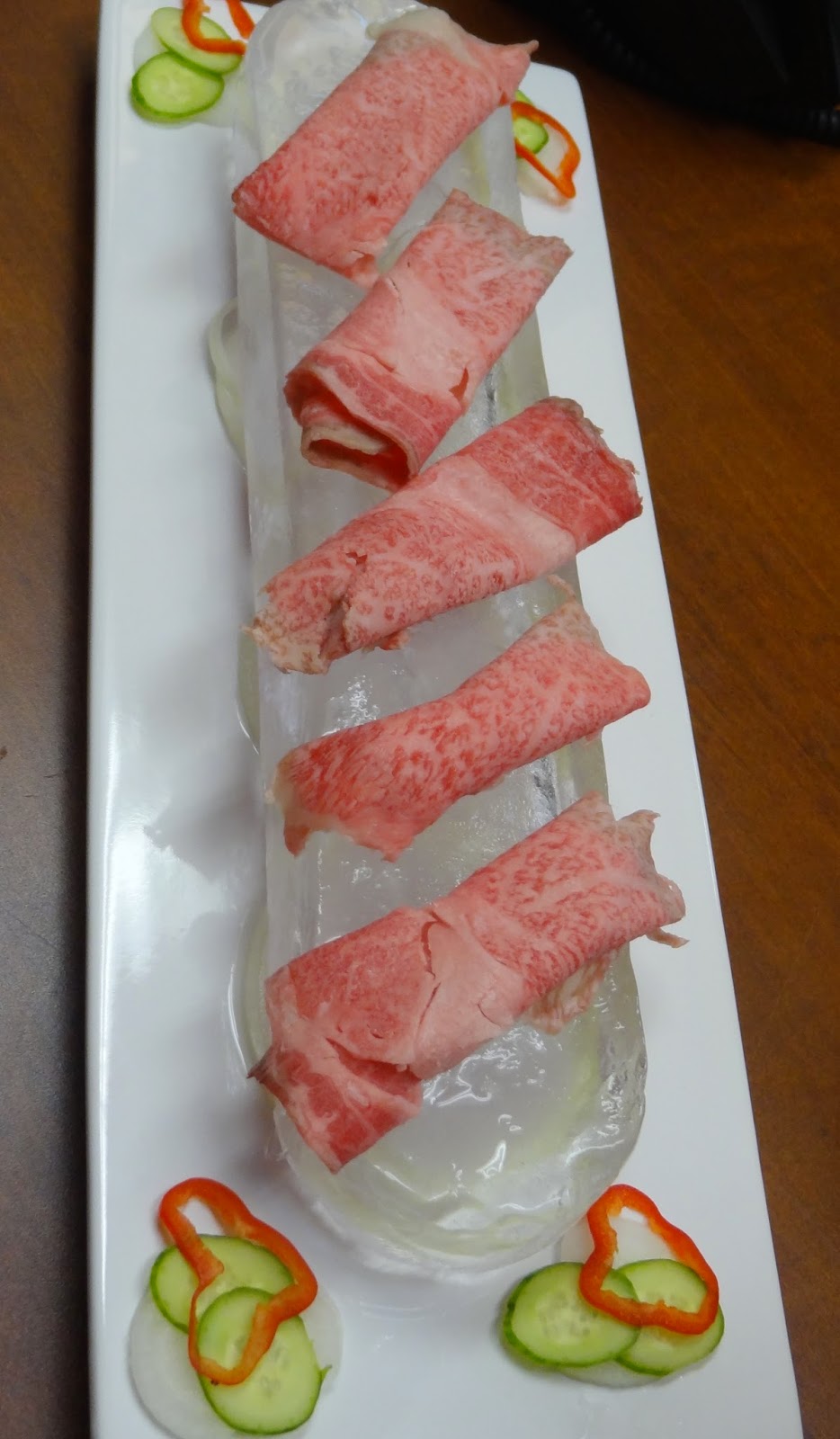 This reminds me of my trip to Japan
and I tasted a true Kobe Beef for the first time.

It was from an award winning ranch,
which happens to have the same last name as me.
No relation that I know of...

Today was just as good! 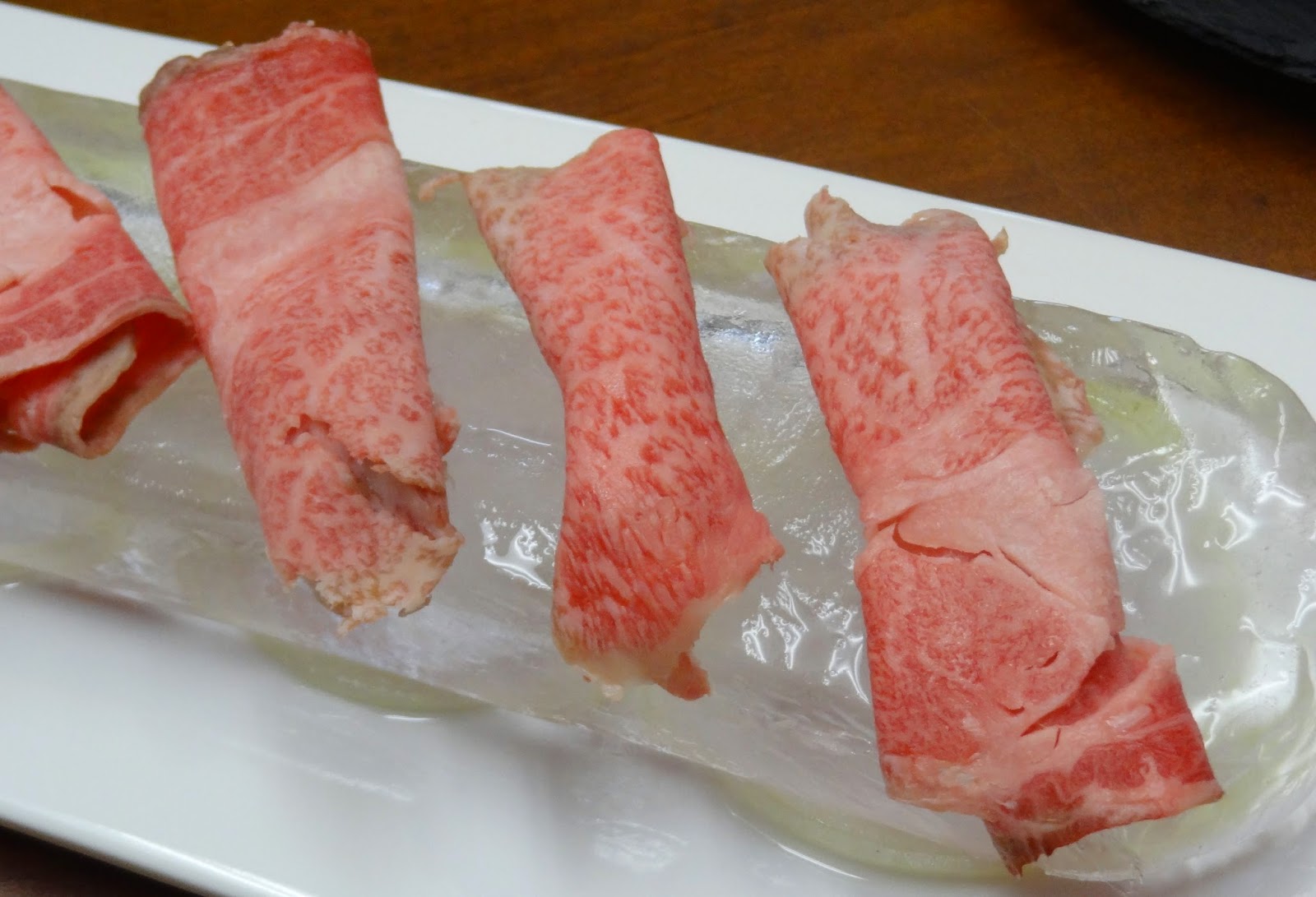 There are no words for me to properly describe this...

To top it off, Anshu served it with fresh grated wasabi.


Out of the oven 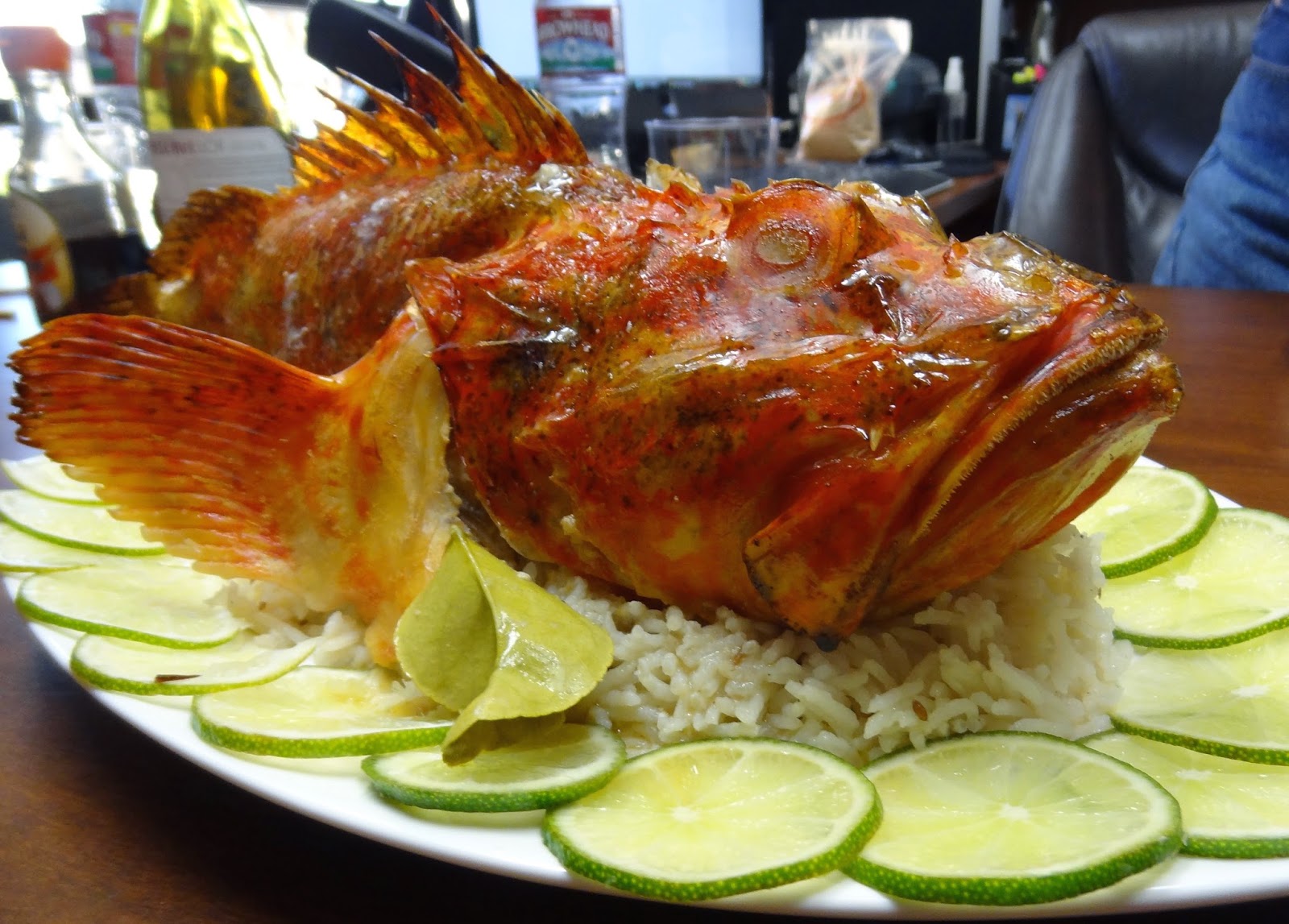 the roasted Scorpion Fish
on a bed of rice served with lime slices.

You can see the poison spikes on it's back. 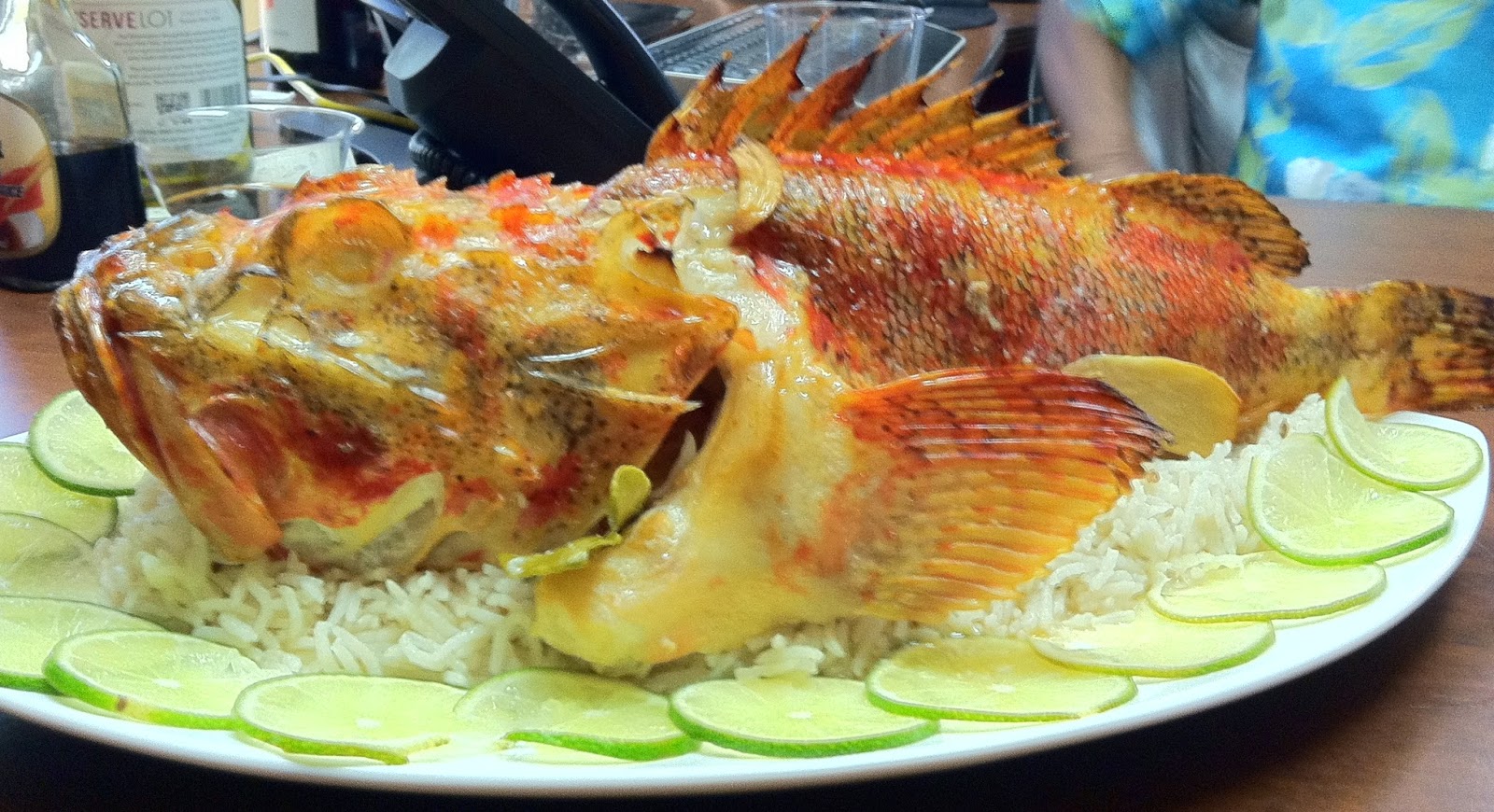 It's a white fish with flakey meat,

I've had many different kinds of fish,
this was a very unique texture. 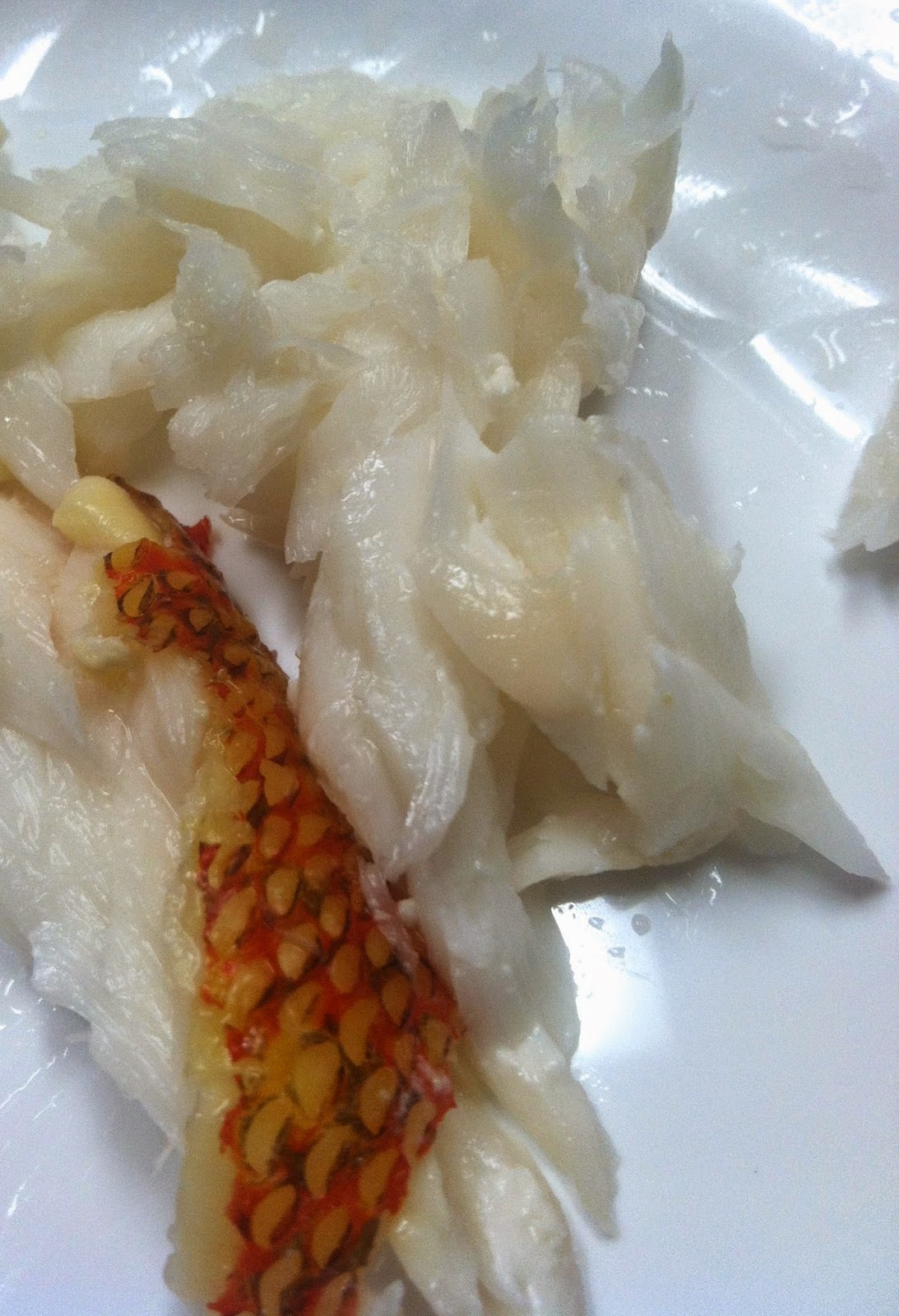 The texture is similar to lobster
and the flavor is really good.

And now the piéce de résistance... 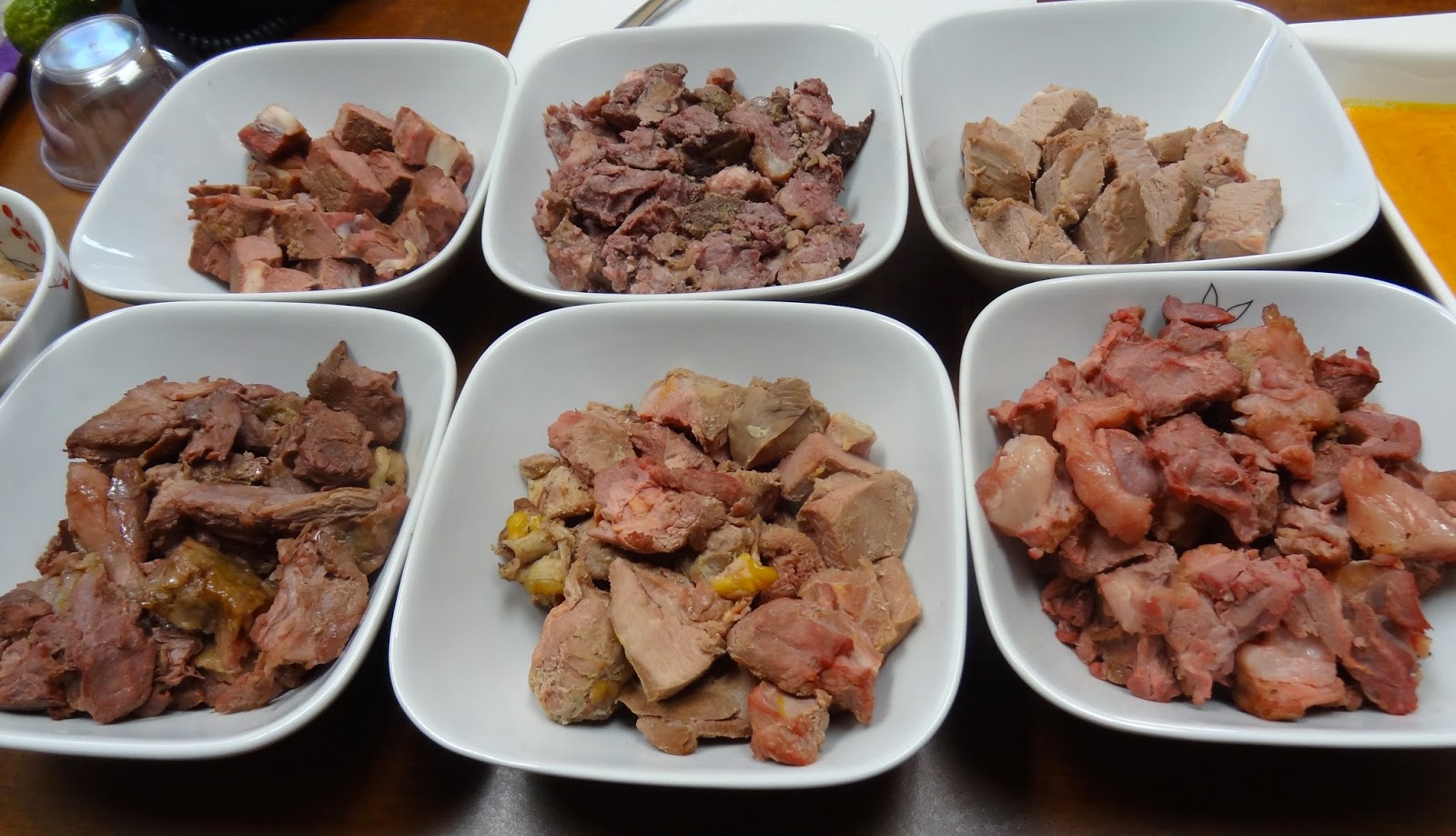 This was a form of culinary jeopardy,
we had no idea what was in each bowl.

I haven't tried a wide range of exotic meats,
except for seafood,
so I have a smaller reference to go by. 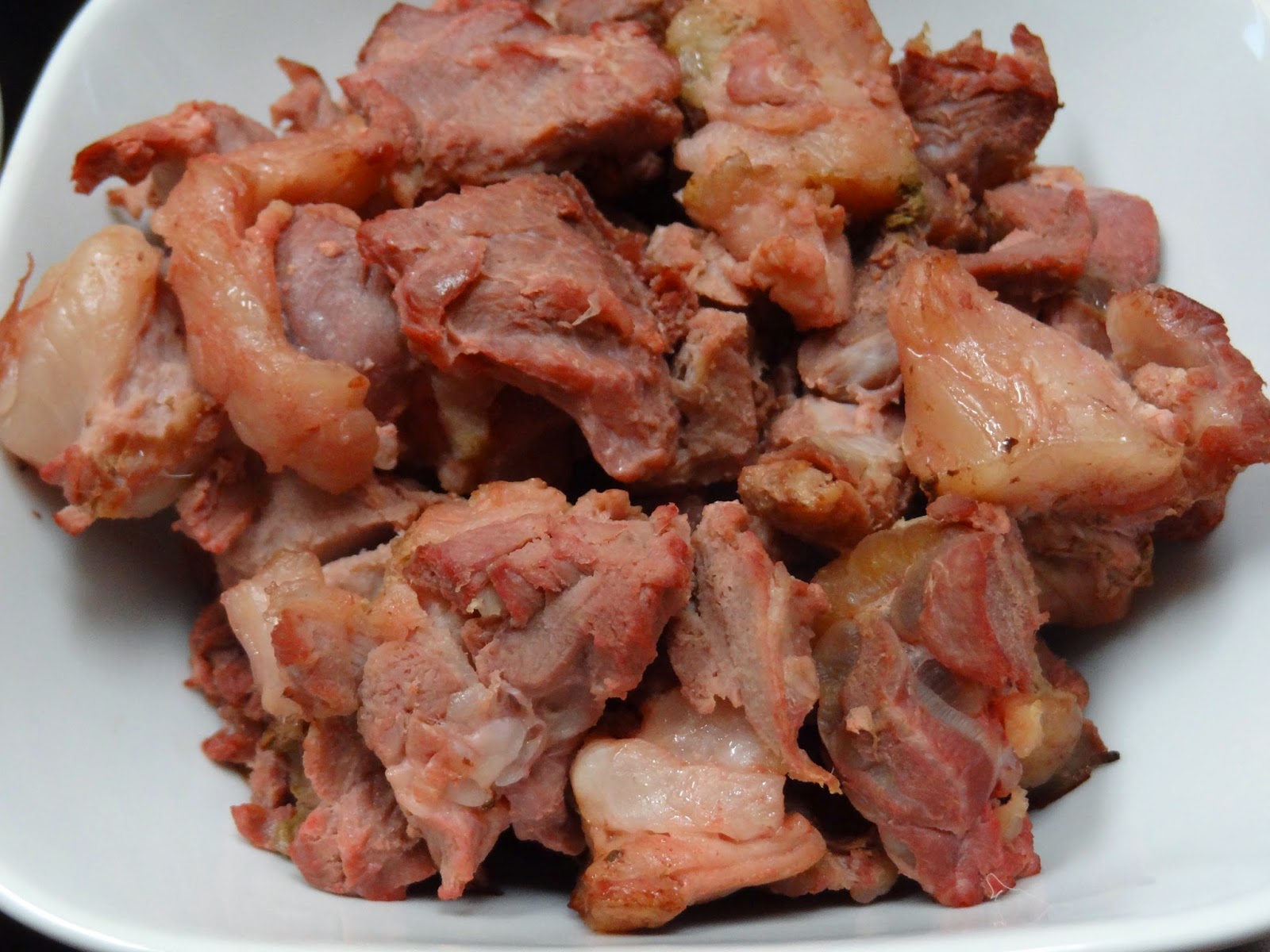 First up, what I found to be Yak.

The flavor was very mild, but it kind of made sense,
since it's a family member to domestic cattle. 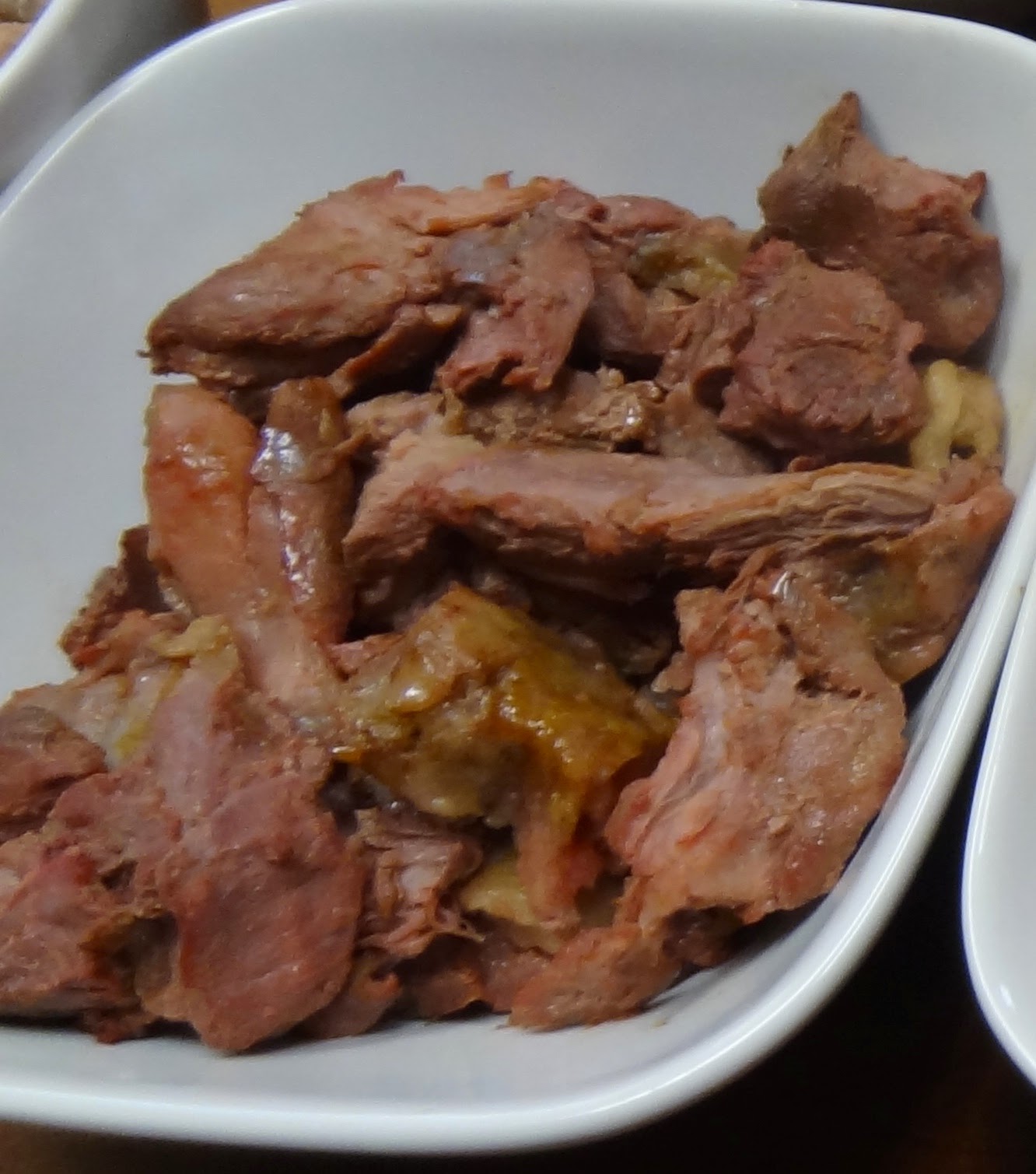 The most interesting IMO was the beaver.

All I could think about was this would make
good tacos.  I never thought I would enjoy
beaver, but it was actually pretty good.

If I lived on a river, I would fill it with beavers
and would sell tacos on the dam they would build.
That's if they don't give a dam... 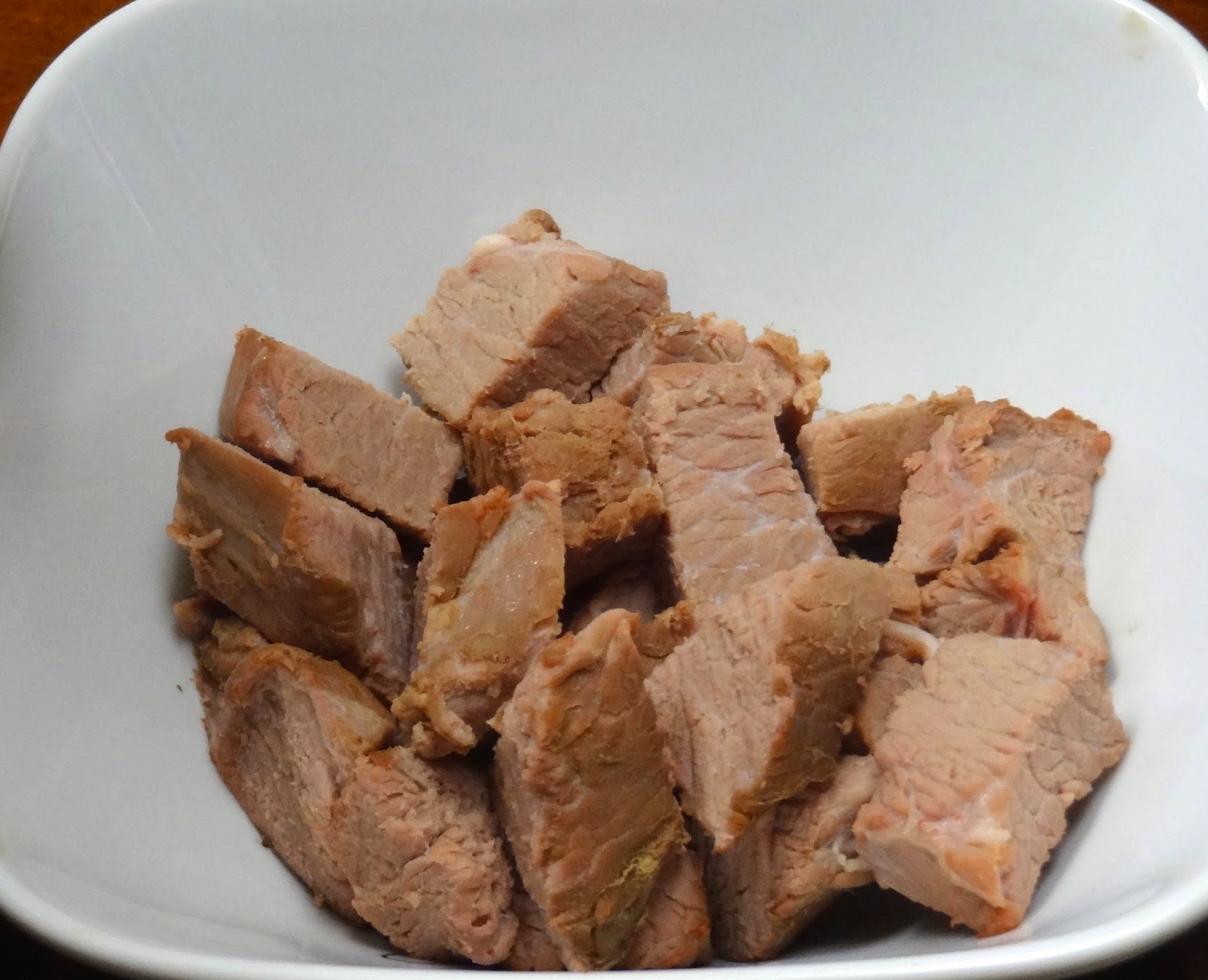 This was the eye opener of the day...

I was surprised to find that lion looks like a white meat after cooked.
I would think the meat of a large lion would be a darker color,
but has a similar color and texture to pork when cooked.
(all meats were sous-vide)

BTW, I didn't make it to the Double Jeopardy round,
I think something was wrong with my buzzer...
(I had no clue what was in each bowl)


Yes, I got to try some legal exotic proteins that I would've not had the
opportunity to try before.  It's not like my local Ralphs has iguana
(popular in parts of Mexico and Central America).

When I would serve customers exotic seafood, I
wouldn't tell them what it was until they tried it.  Some trusted
me and enjoyed it.  Others wouldn't get past their fears and
I guess they'd never know if they liked it or not.

Today was one of those days, I was glad to have the opportunity
to try something new.  Without pre-judging, all of them really didn't
taste like you'd think it would, whatever that would be.
It just goes to show you, try it before you say you don't like it.

Would I be able to taste the difference between bison and
water buffalo?  Probably not today...

But I do now have an appreciation for beaver,
I'm still thinking TACOS!