Dinner for Two at Chaya Downtown 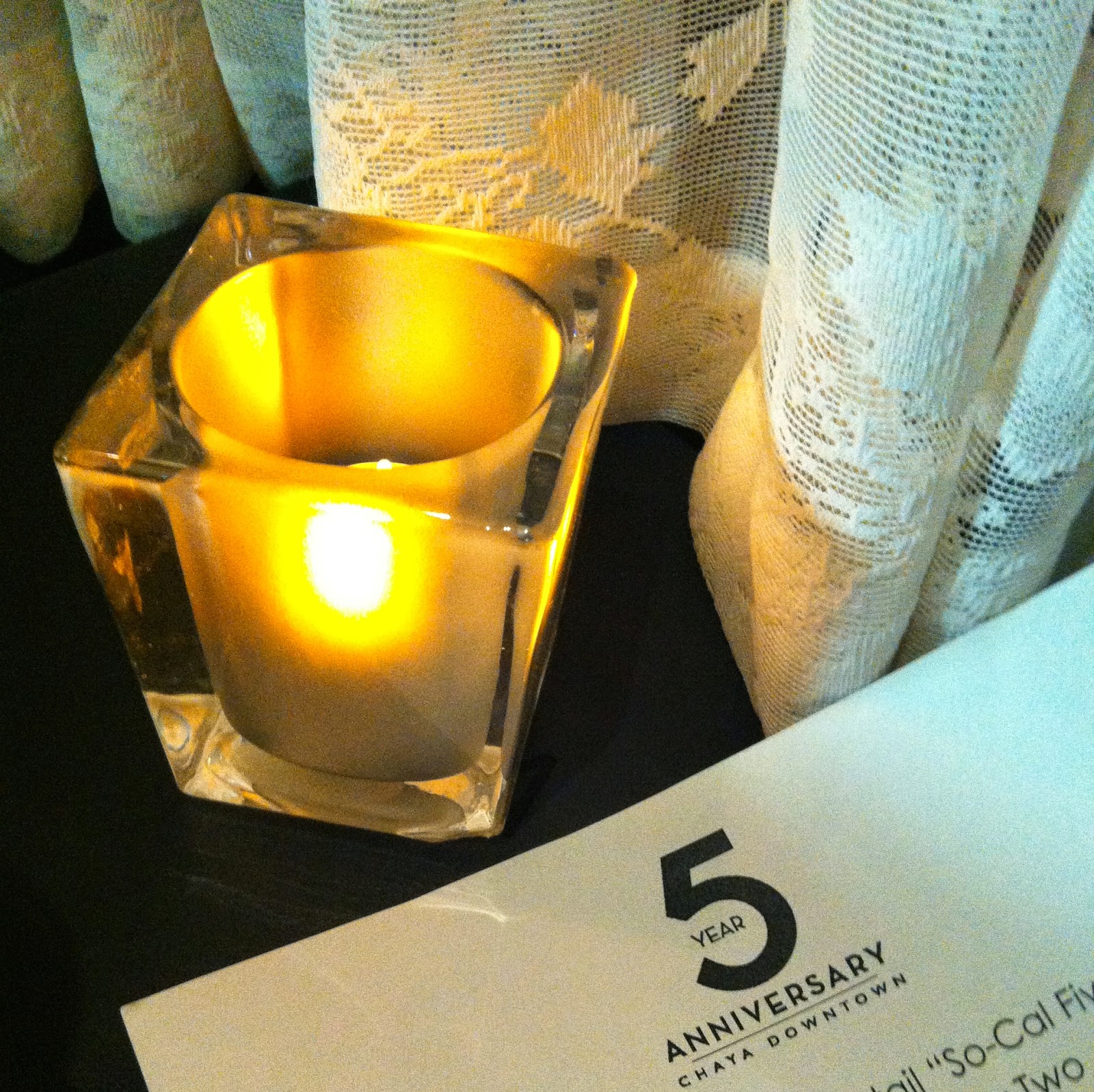 It's hard to believe that
Chaya Downtown
is celebrating their 5th Anniversary.

Did I just show my age? 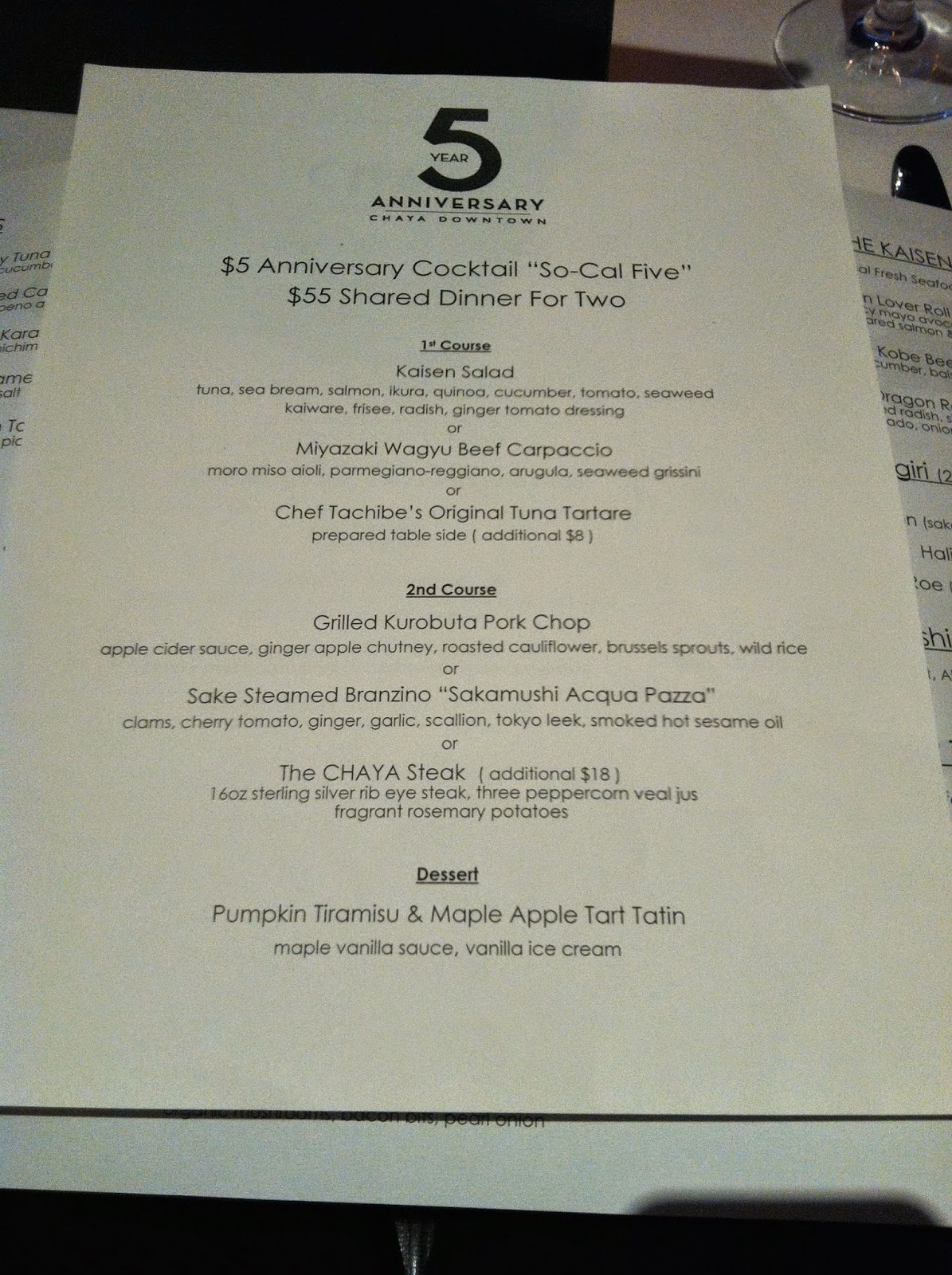 It's a shared 2 course dinner
with dessert for $55. 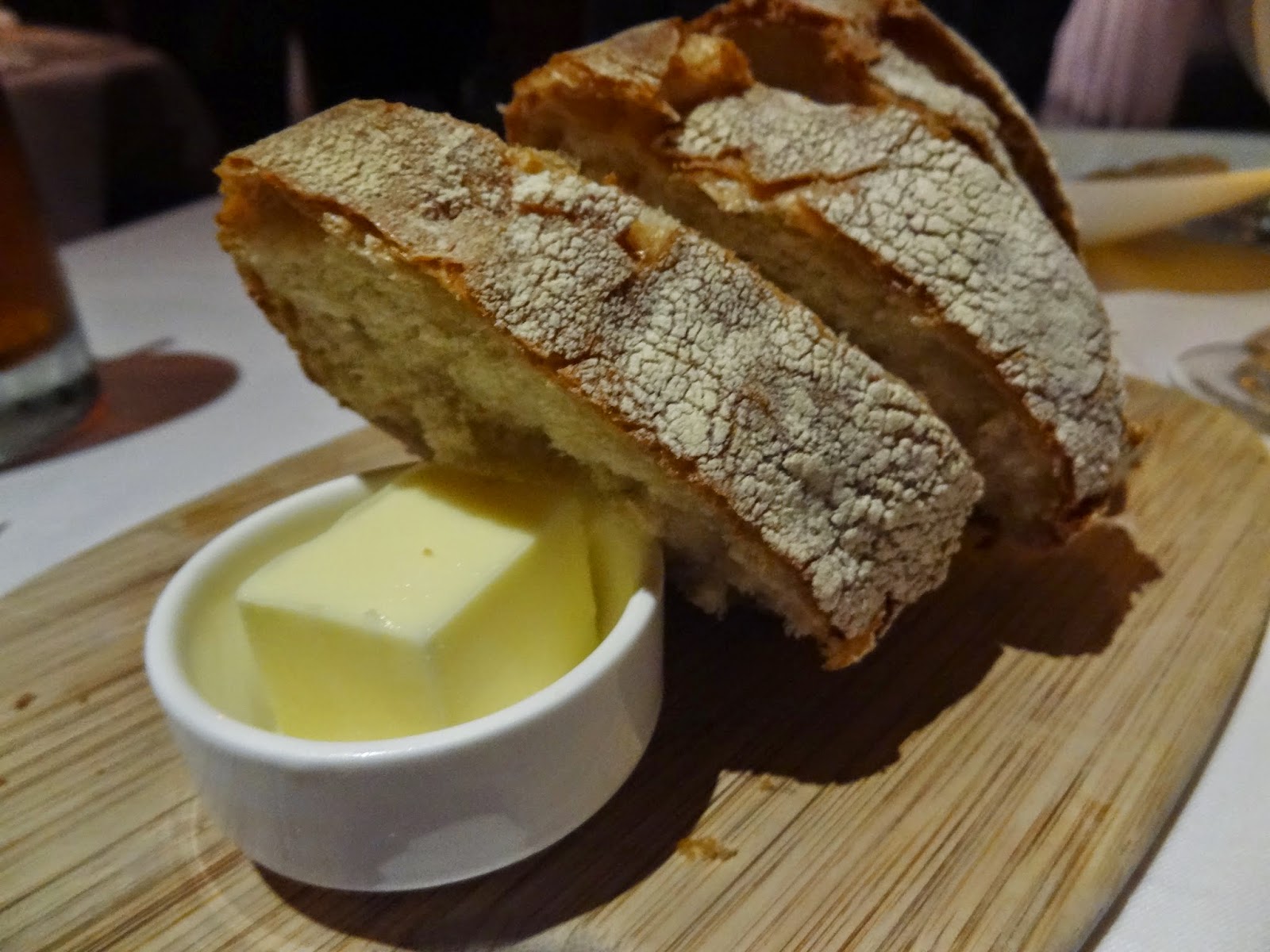 We started off with some La Brea Bakery bread
while looking over the special menu
and also regular menu.

We pretty much wanted to try the special menu,
but there was one dish we HAD to order from the regular menu... 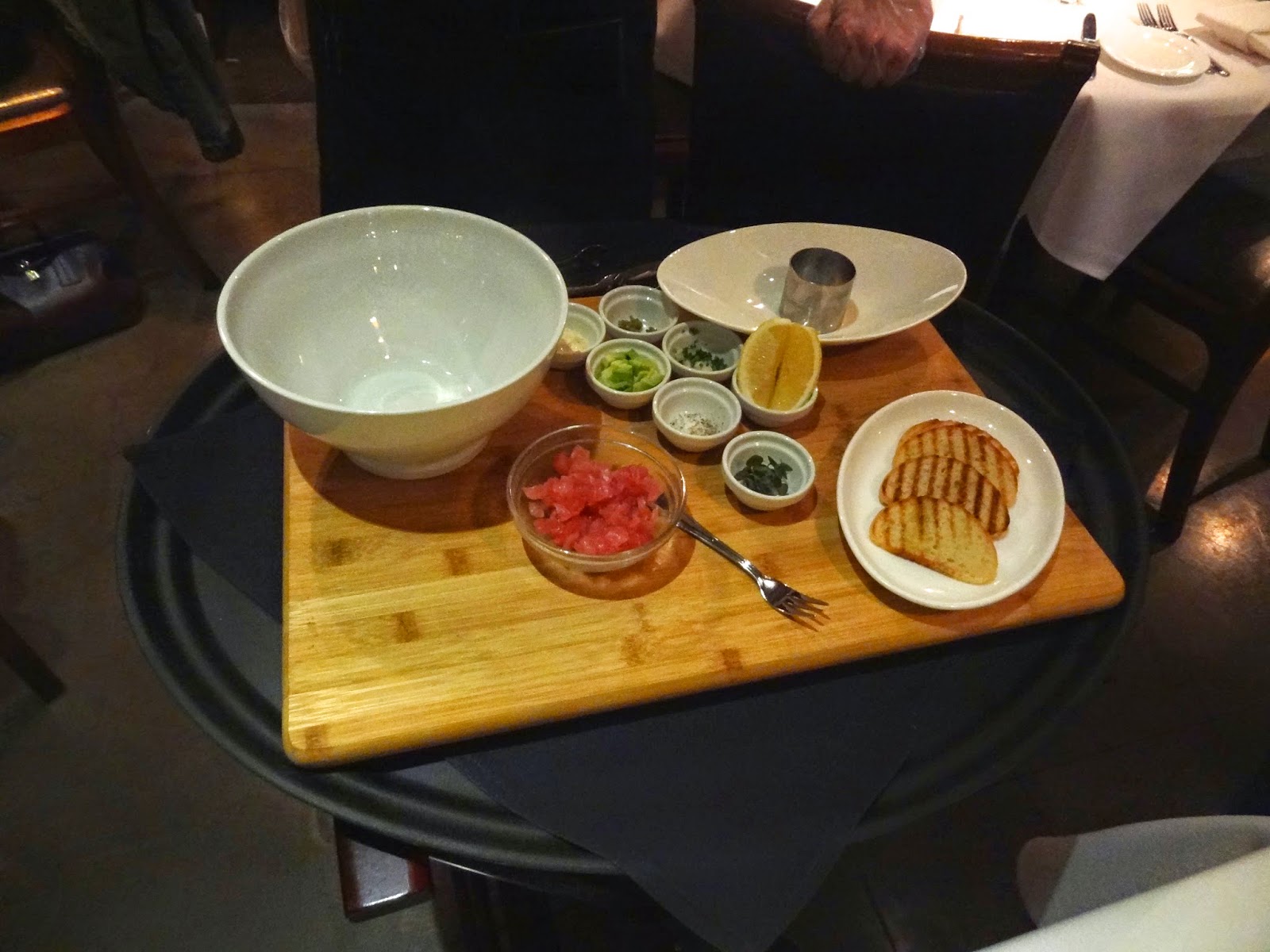 One of Chaya's specialties is the Tuna Tartare
which is prepared table side.

Did you know that Chef Tachibe
created the tuna tartare at their
West Hollywood restaurant in the 1980's?

Manager Michael told us that
Chef Tachibe's chef coat and knife
are in the Smithsonian for the creation
of the tuna tartare. 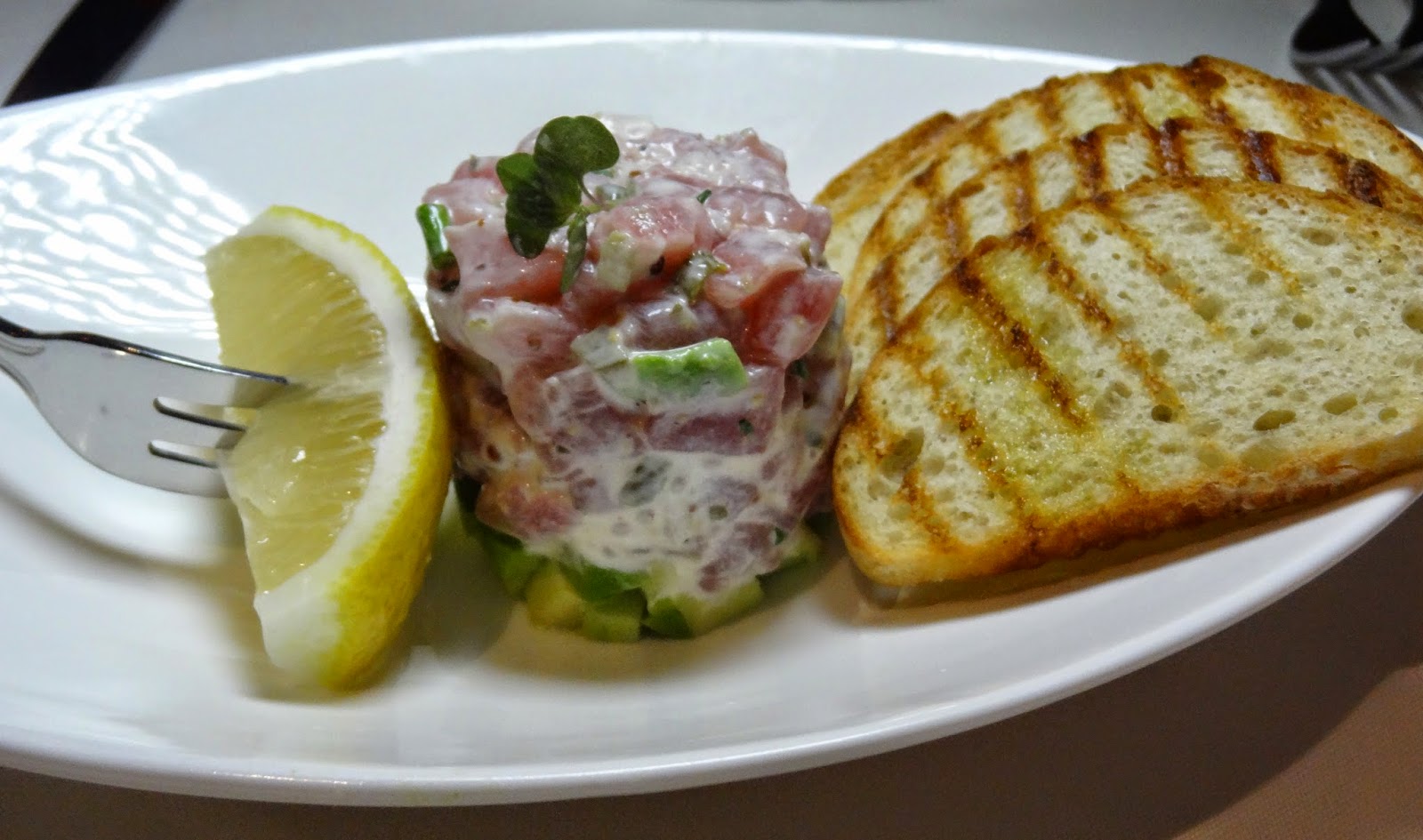 I remember hearing that a Los Angeles restaurant
had created tuna tartare and just recently
found out it was Chaya.

It's was good to enjoy it prepared the way it was created. 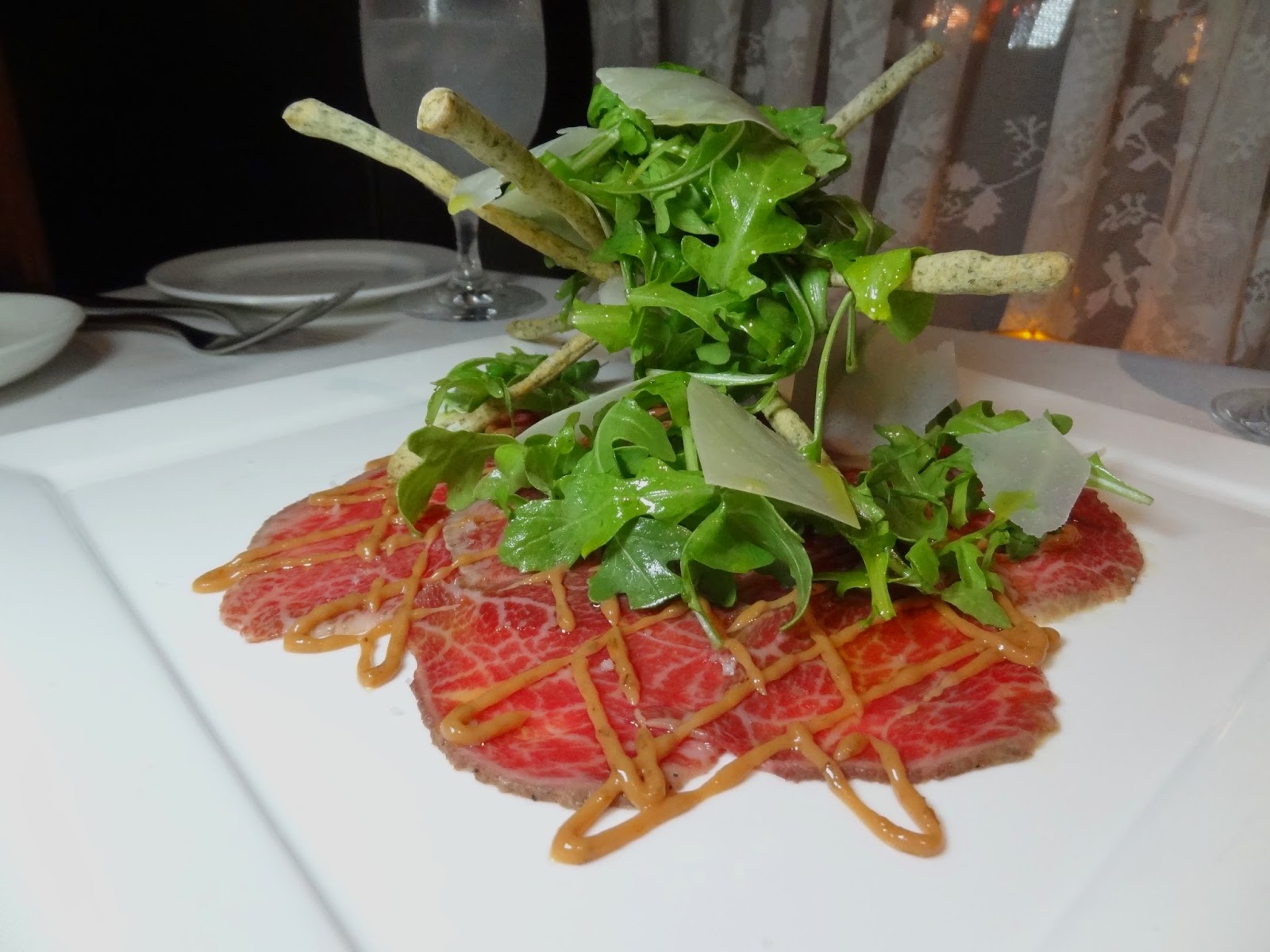 This was the one dish I was looking forward to
and was not disappointed at all. 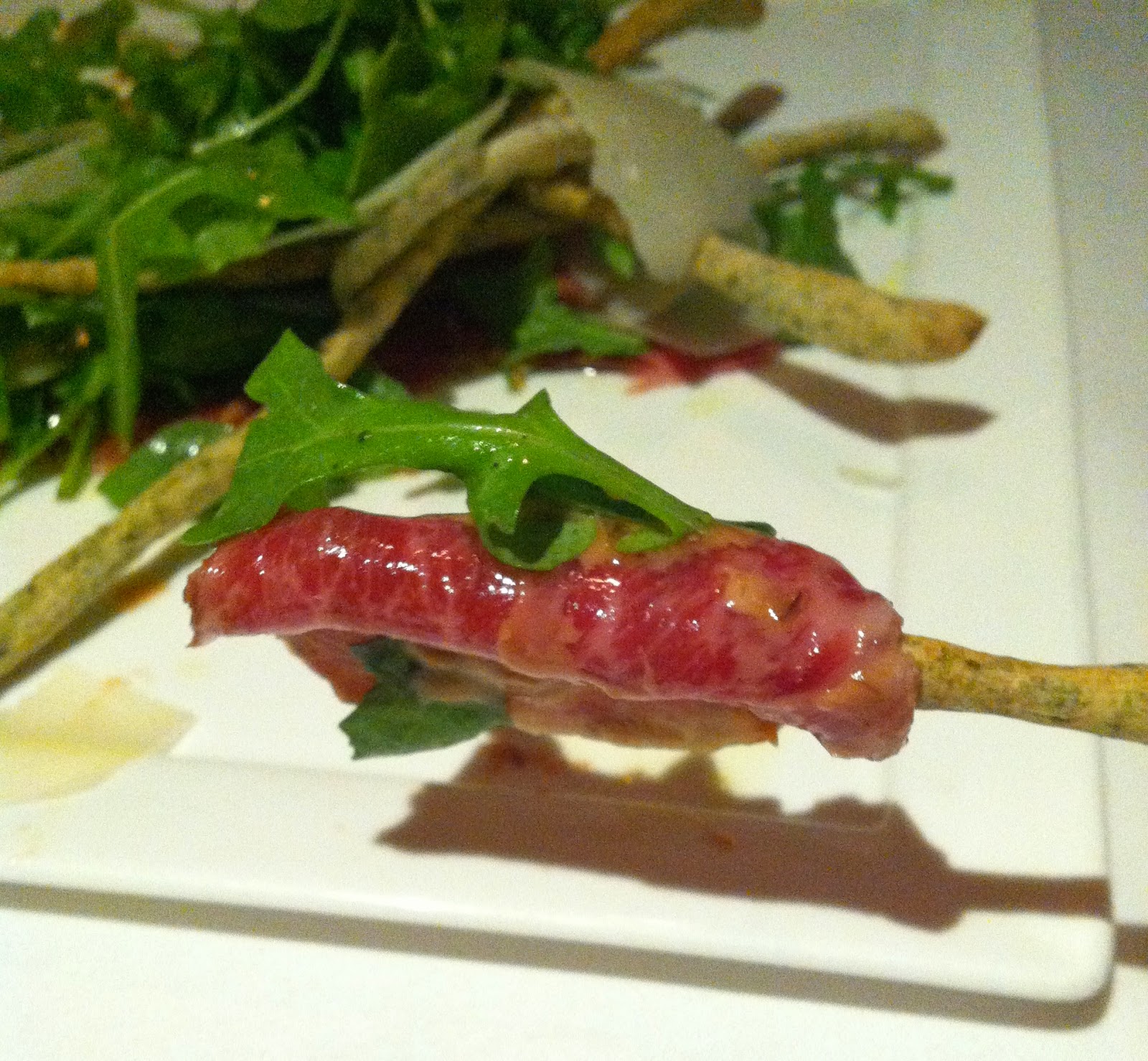 Our server Brendan suggested that
we wrap the beef over the seaweed grissini.

It added a nice texture to the flavorful beef
and a fun way to enjoy the carpaccio.

Before we ordered, we were introduced to
Executive Chef Atsushi Kenjo.

We informed the chef what we ordered
and we were telling him that we had
the Crispy Branzino at Chaya Venice
for their Annual Garlic Festival menu
and it was amazing! 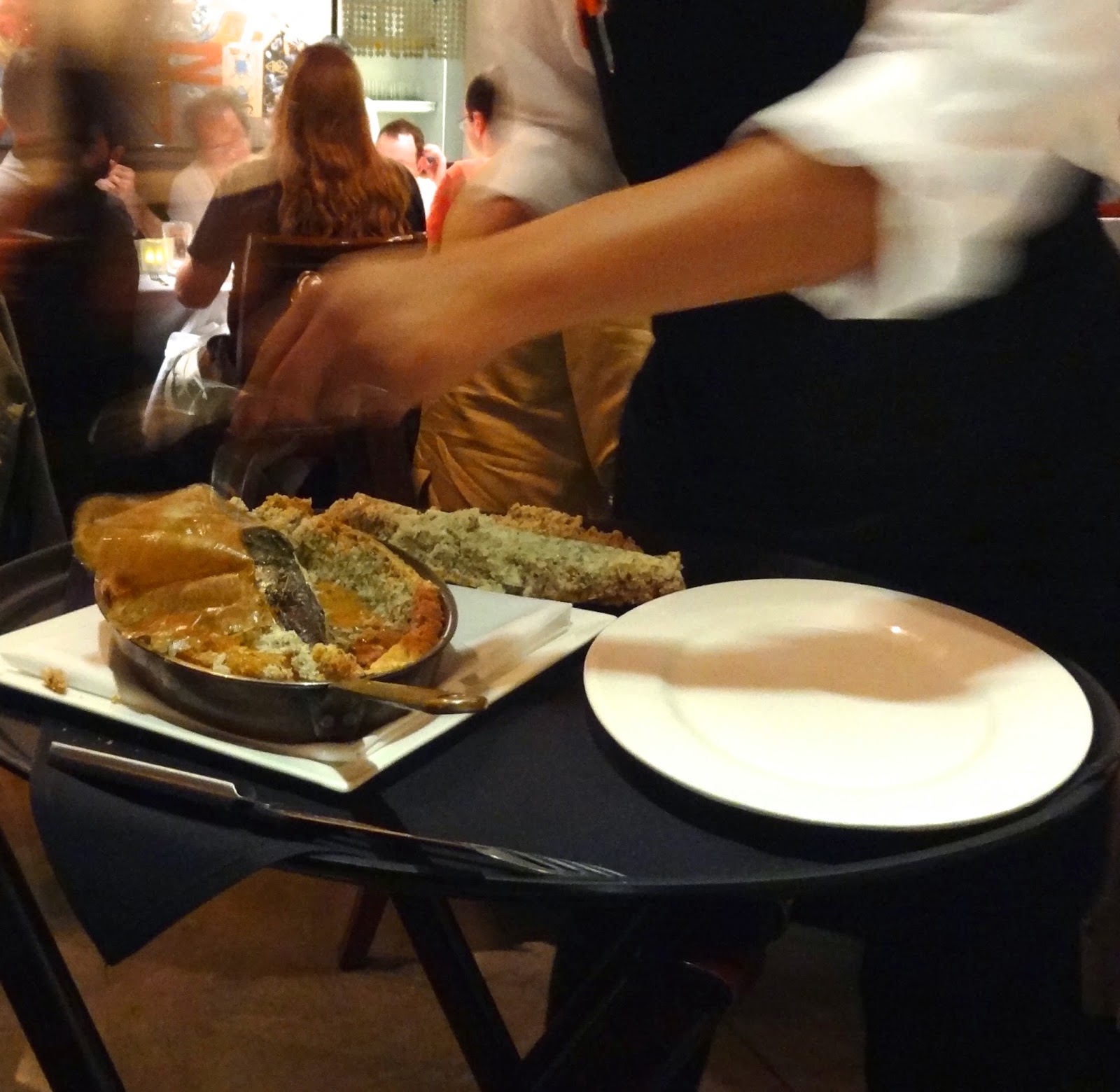 Chef Kenjo san suggested that we
try the Salt Roasted Branzino (for two)
off the regular menu.

The Branzino (Mediterranean seabass)
was uncrusted and plated table side.

We don't see many restaurants doing much
table side preparation anymore, tonight was a treat!

I always listen to the chef's suggestions,
so we agreed to have it in place of the
Sake Steamed Branzino
from the Anniversary menu. 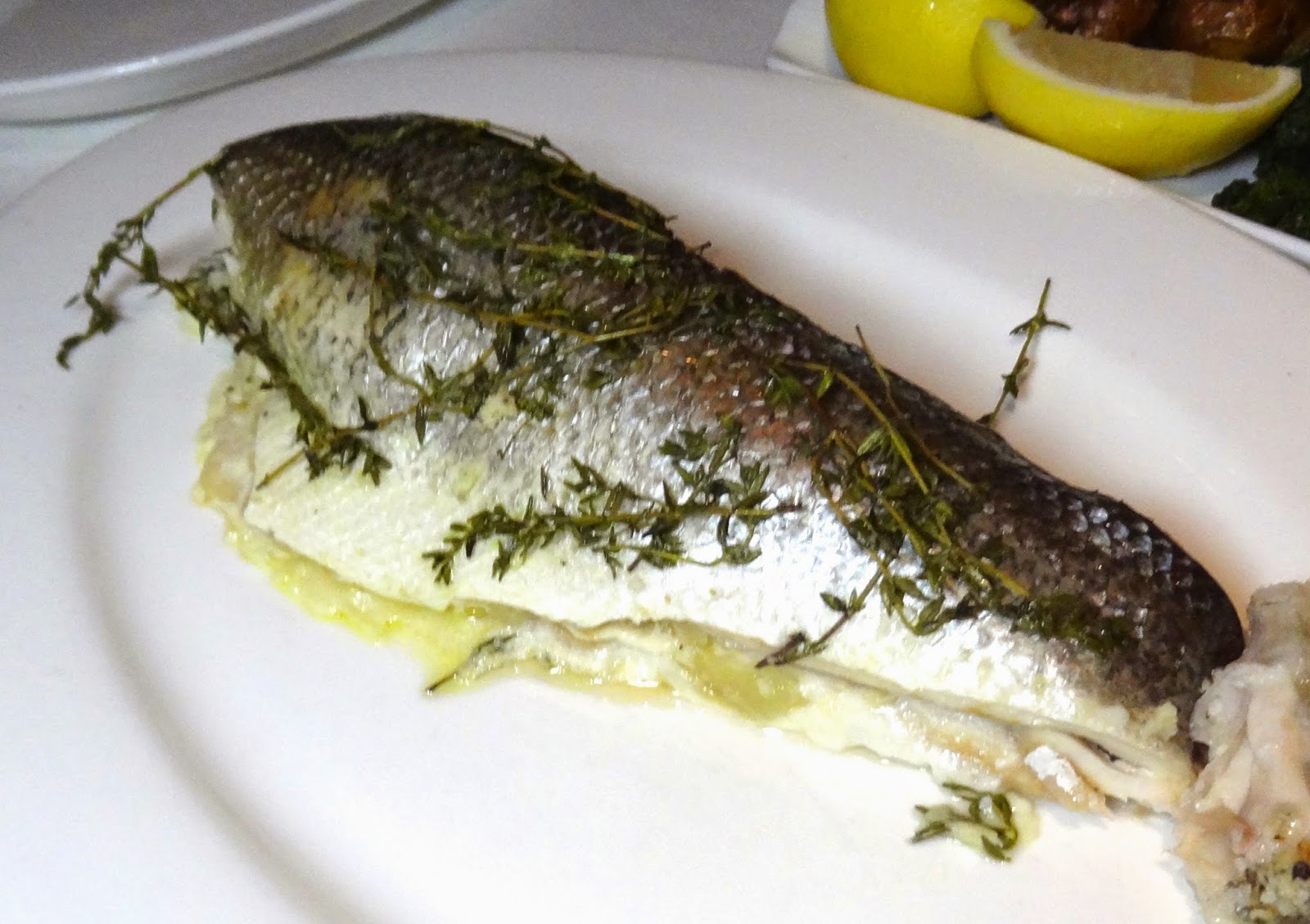 I apologize to Chaya Downtown,
I know this picture doesn't do the dish justice.

It was a very flavorful fish with
thyme and fennel. 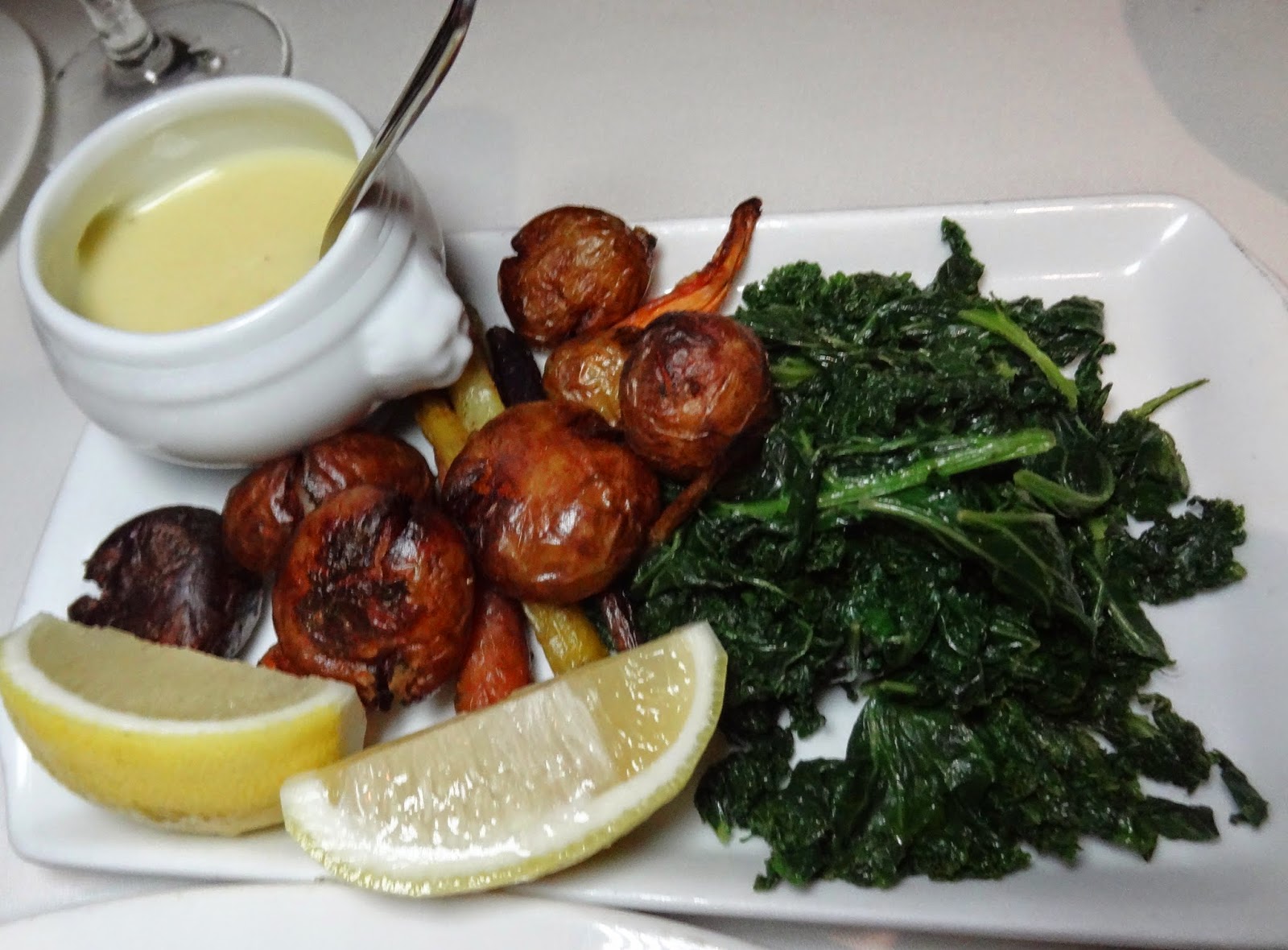 Served with a Yuzu Beurre Blanc,
side of kale, carrots, and potatoes.

I love roasted sides and went really
well with the Branzino.

I can see why the chef suggested it for us. 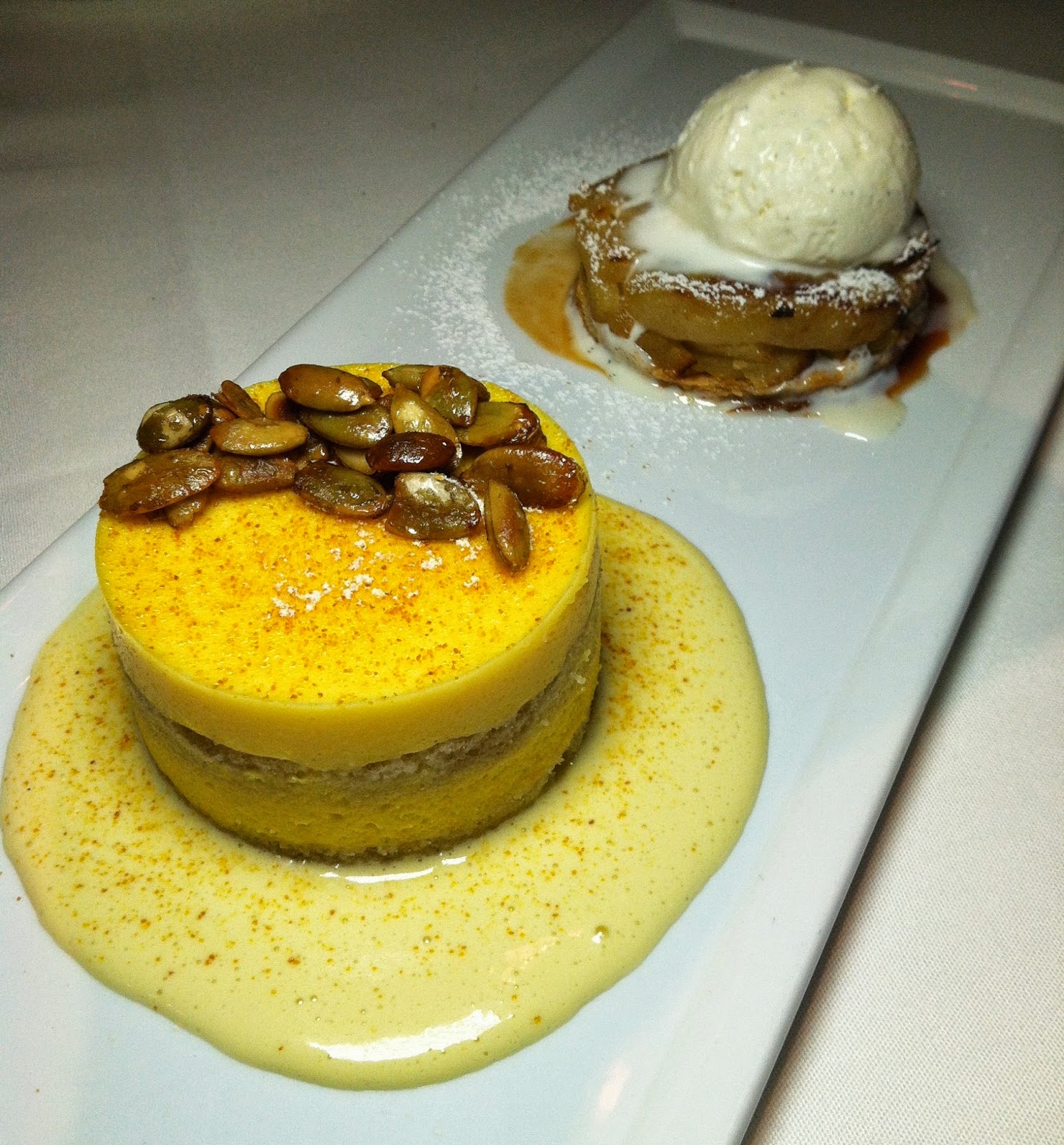 It was a wonderful evening,
with great food and excellent service.

NOTE:  I was an invited guest of Chaya Downtown and
thank them for their invitation and hospitality.
All comments and opinions are strictly my own.