I love BBQ, although I don't have it that often.  After visiting places in the Midwest and South, it's hard to have good BBQ in Southern California.  Yes, we have tri-tip, baby back ribs, chicken, etc., but not many places here actually smoke meats.  We don't have brisket like in Texas, until Horse Thief BBQ opened that is...

Horse Thief BBQ is just outside of Downtown Los Angeles' Grand Central Market, just South of the Hill Street entrance.  On a nice day, it's great to have BBQ outdoors. 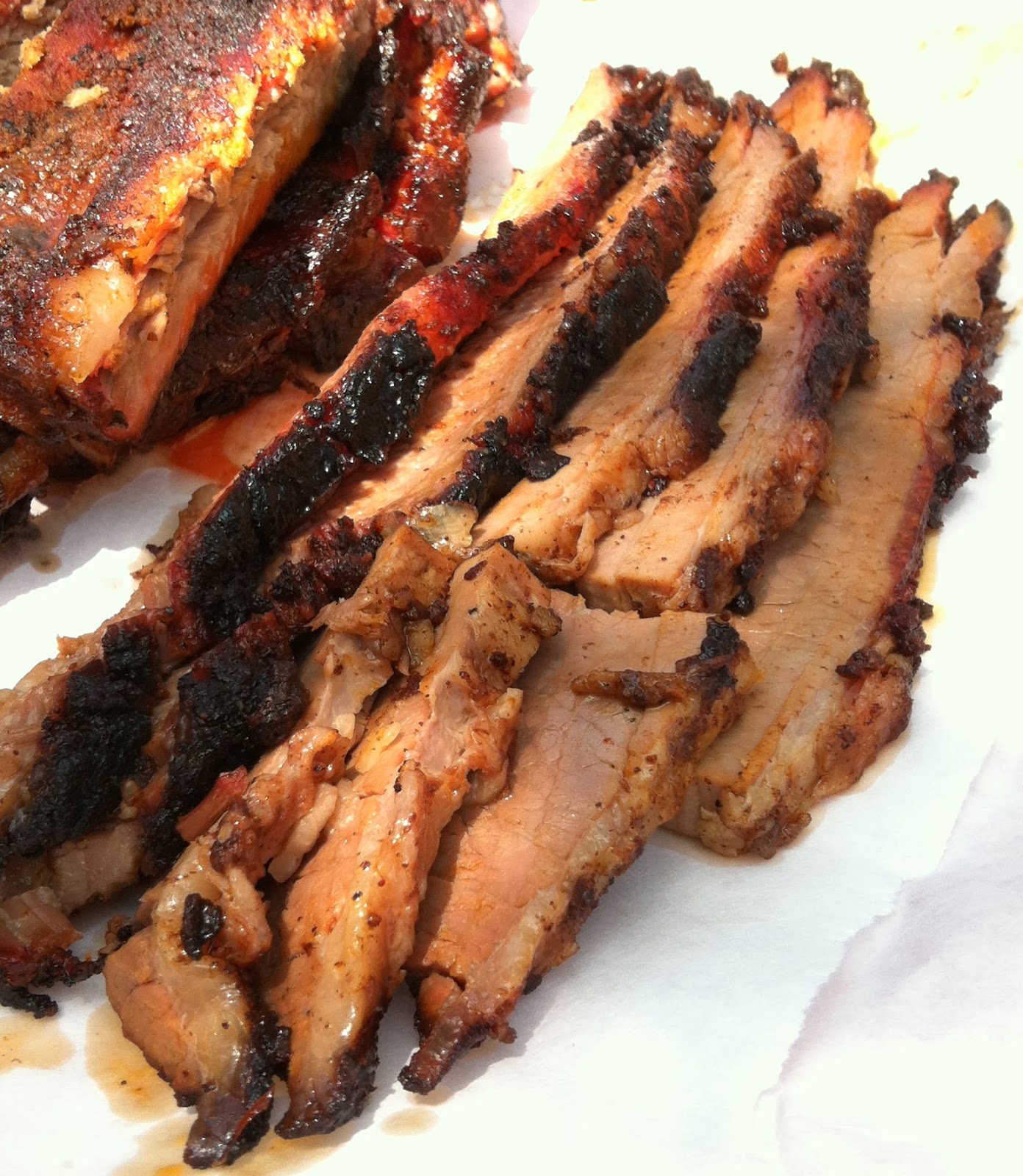 One of the best briskets I've had West of Texas. 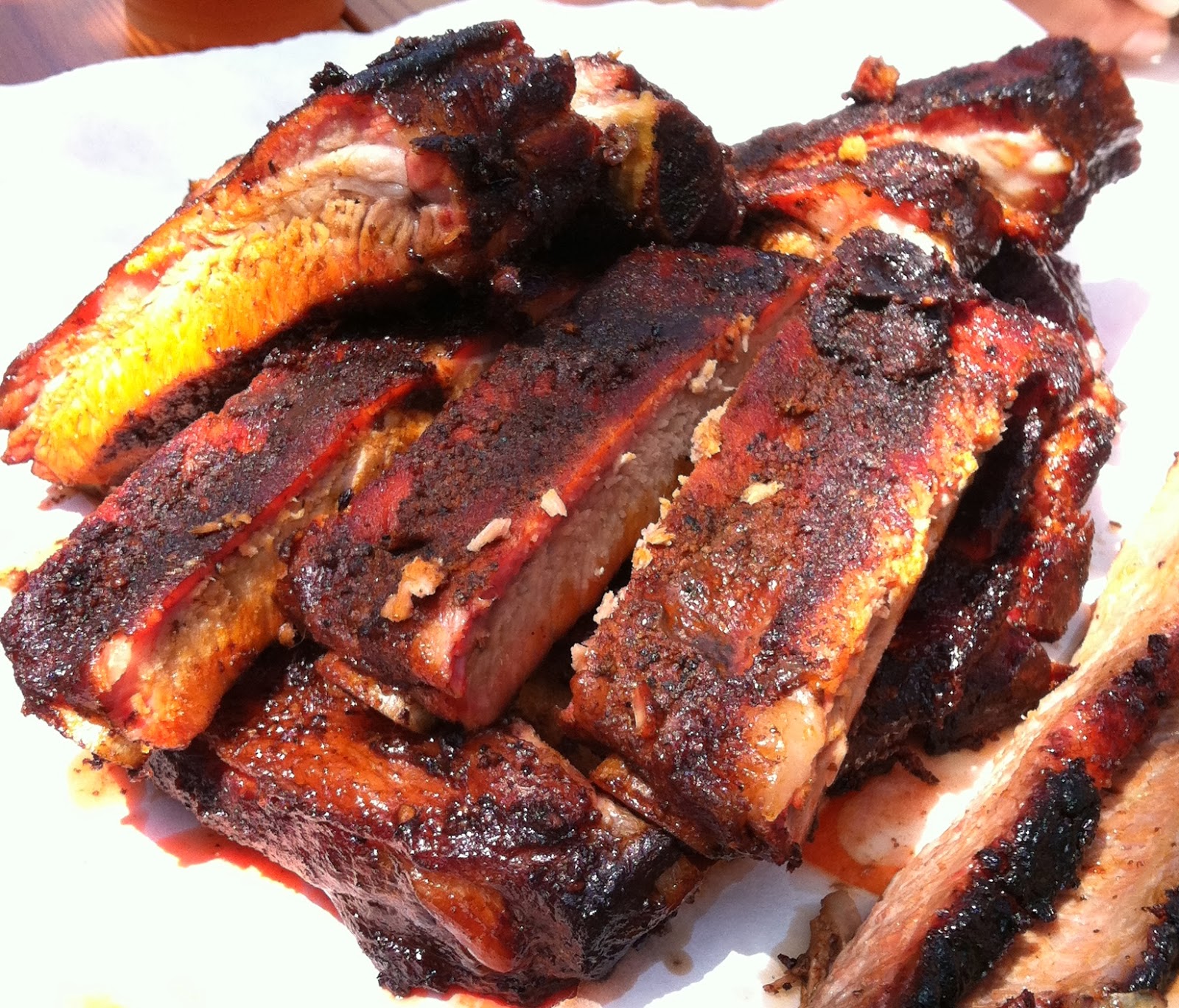 Had a nice crust on the outside and flavor. 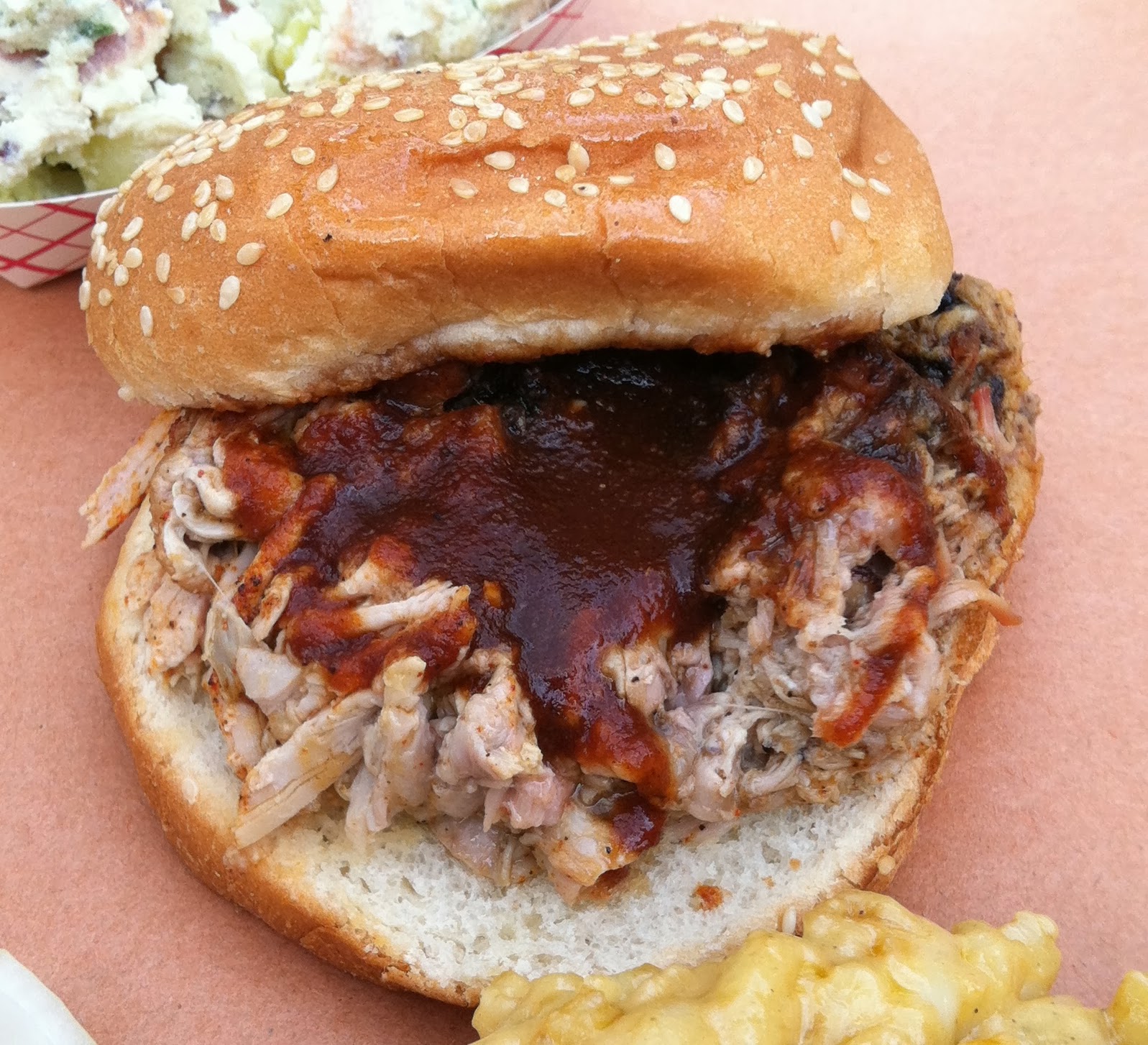 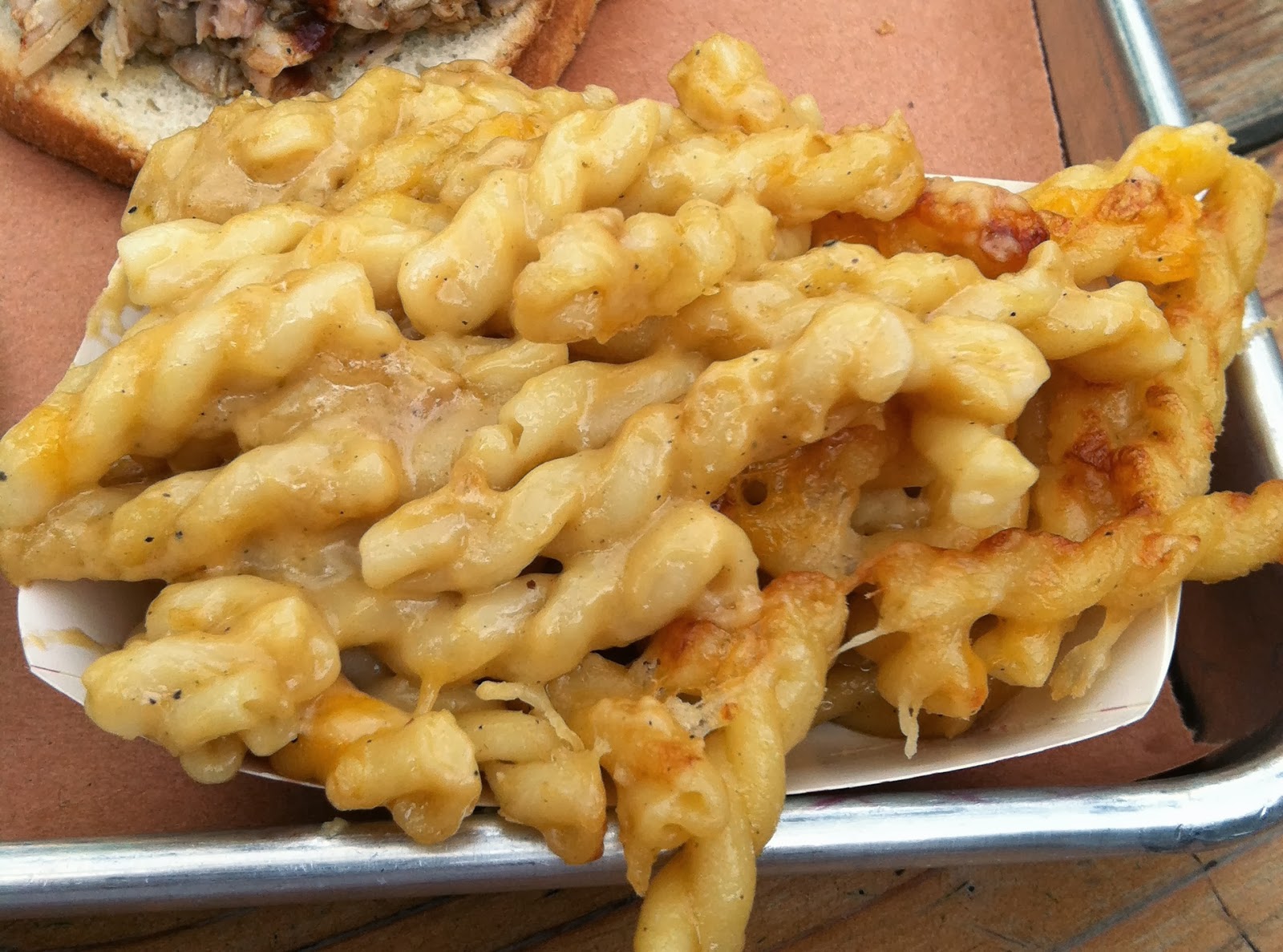 I love mac and cheese with bbq. 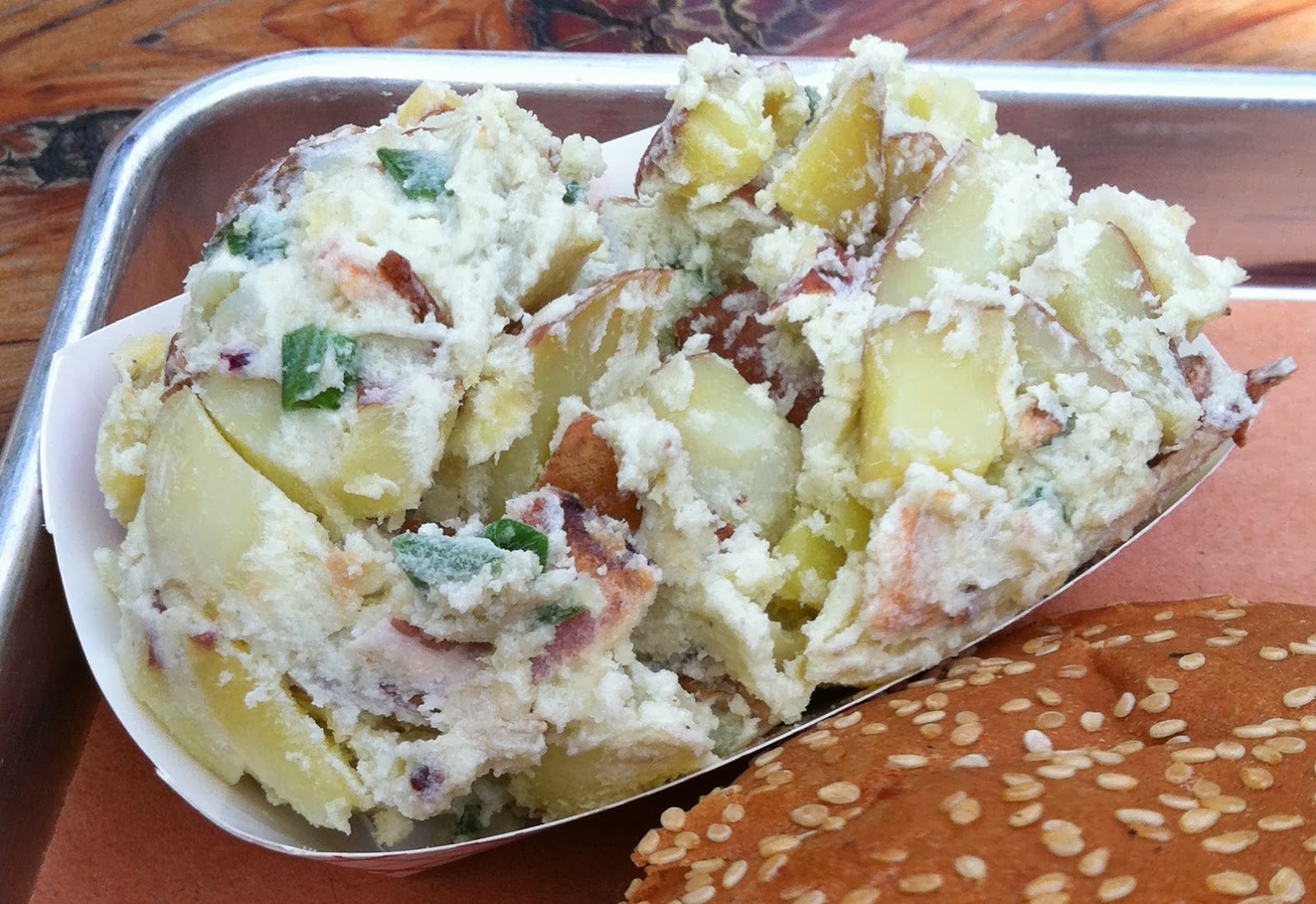 If you like blue cheese, you'll love this salad 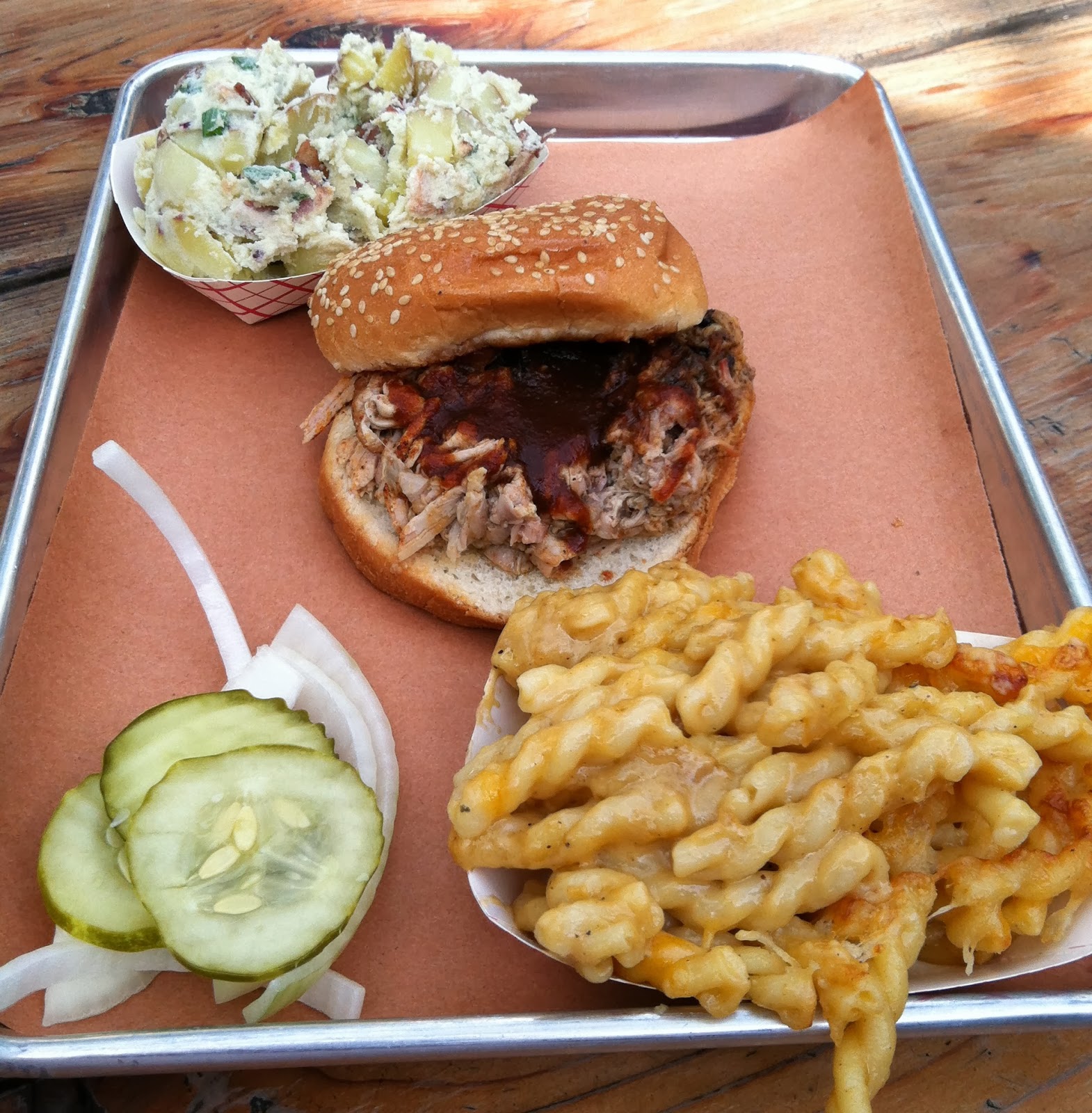 Loved that the BBQ comes with house-made pickles
and onions and served on paper. 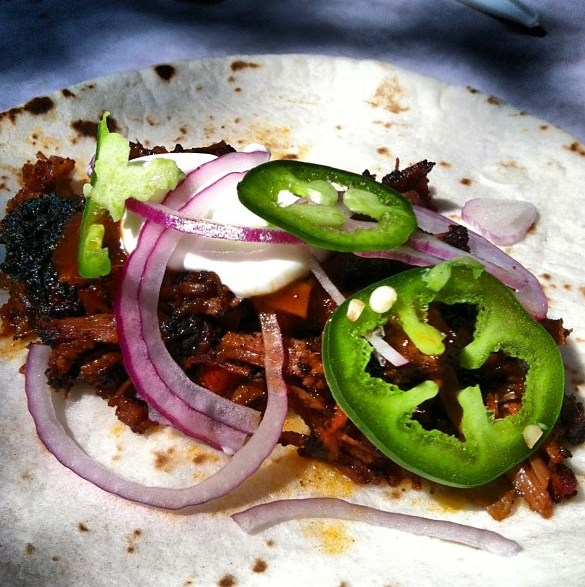 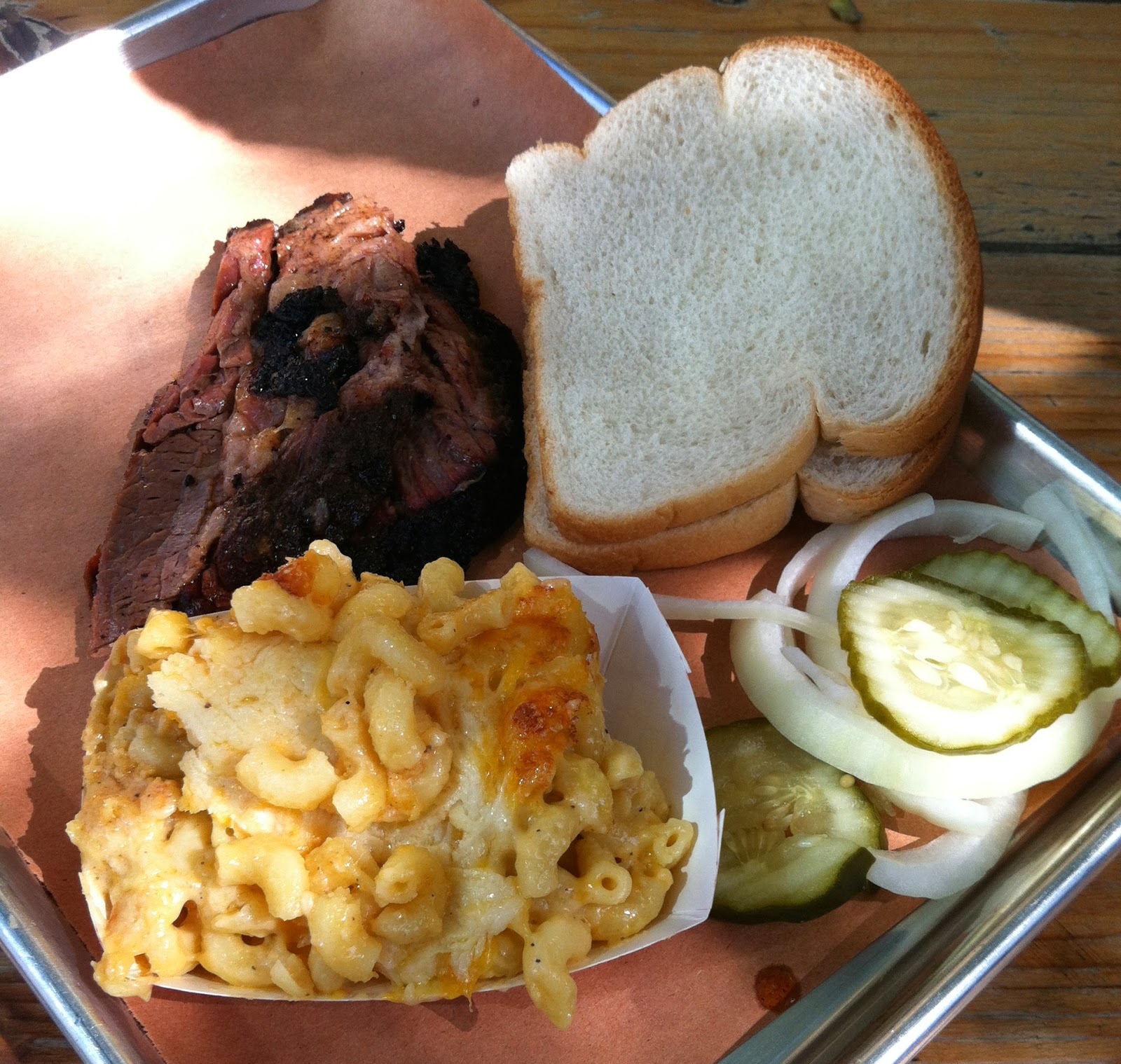 Scored some of the point and got
some fatty slices.


Since they opened in July 2013, I've been about a dozen times.  They have great brisket and love the pulled pork sandwich too.  But I do go for the brisket, IMO one of the best West of Texas.  Horse Thief BBQ has outdoor seating, which seems to have more and more people each time I visit.  If you go, look for me having brisket or a pulled pork sandwich... 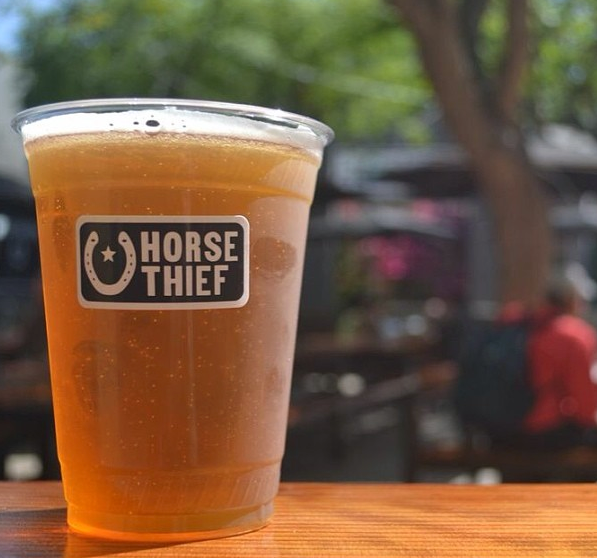