Lessons from the Kitchen at Al Bacio

January 28, 2014
Unfortunately this restaurant has closed.

"A bottle of red, a bottle of white
It all depends upon your appetite
I'll meet you any time you want
In our Italian Restaurant" 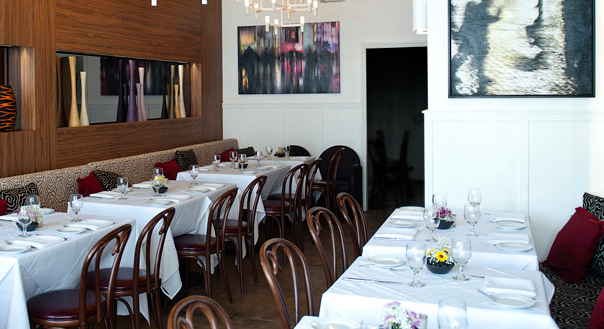 My friend and fellow food blogger @backyardbite invited me to an Italian cooking class by Chef Christian Simionato at Al Bacio in West Hollywood.  Usually on Grammy day, I'm busy cooking at one of the after-parties.  But this year, wasn't feeling like making 1,200 servings of something and without hesitation gladly accepted Amy's invitation.

About a dozen of us arrived at the restaurant on Grammy Sunday around 11 am.  Chef Christian welcomed us and after putting on aprons, we all headed to the kitchen.

First up was dessert 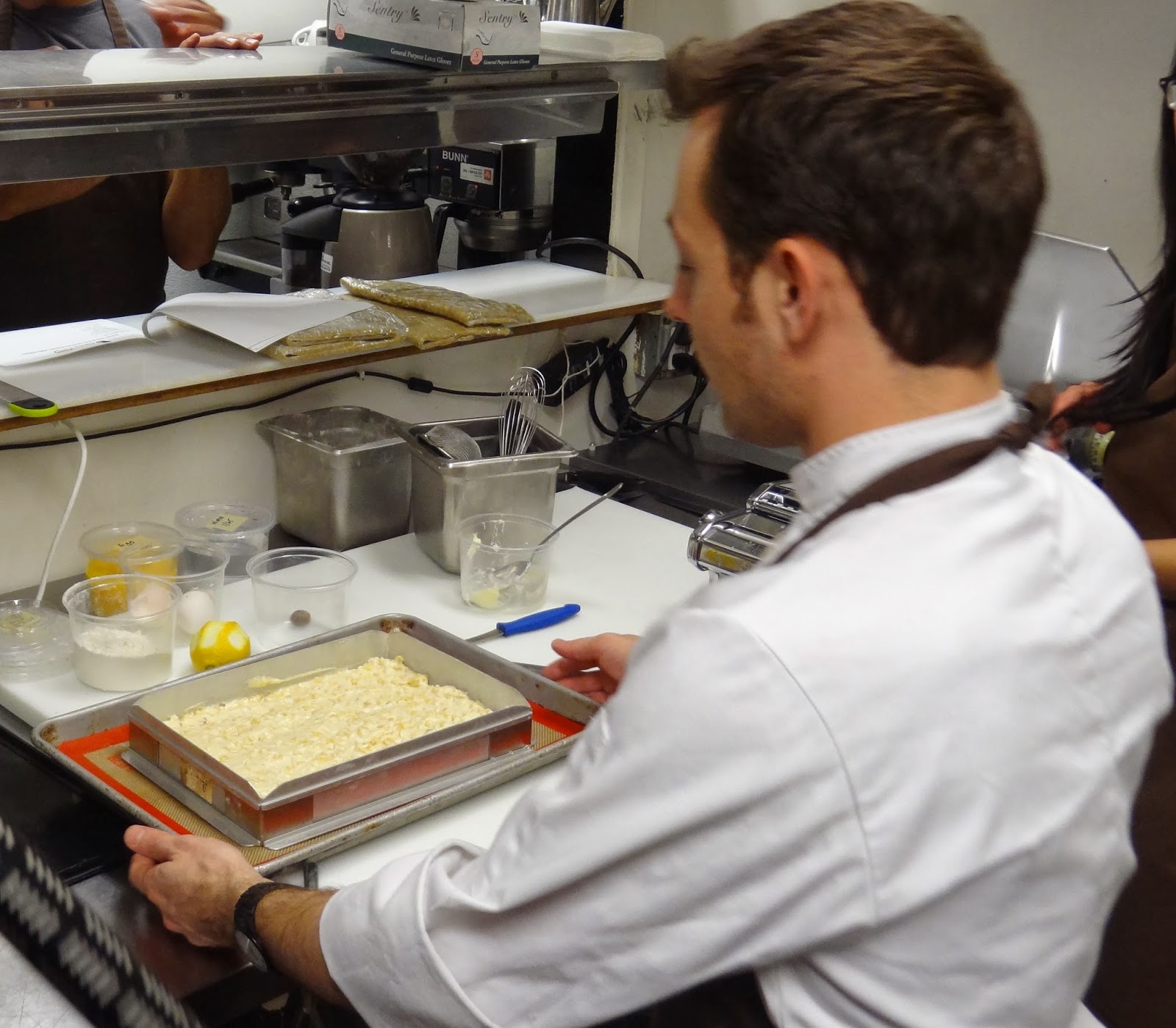 Chef Christian setting up the apple tart for the oven

I can't believe how simple this apple tart recipe was
and turned out to be wonderful dessert.
Considering that I don't bake, I leave that to the professional
pastry chefs, but I'll probably give this one a go at it. 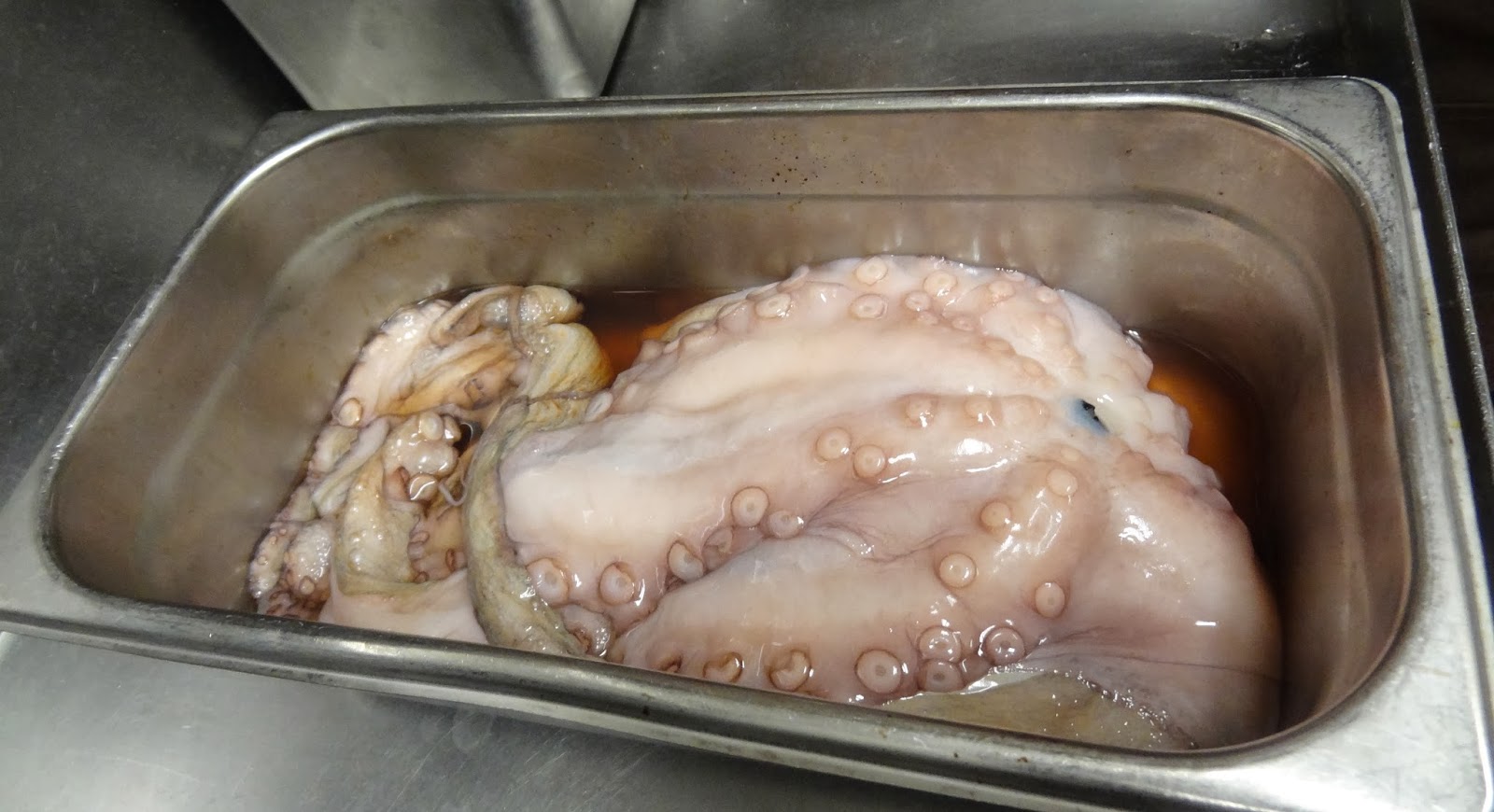 Next up was to cook the raw octopus

Before the class began, I was talking to the chef how
I learned to cook octopus was to beat it up to tenderize
and then cook it to a rubbery and chewy texture. 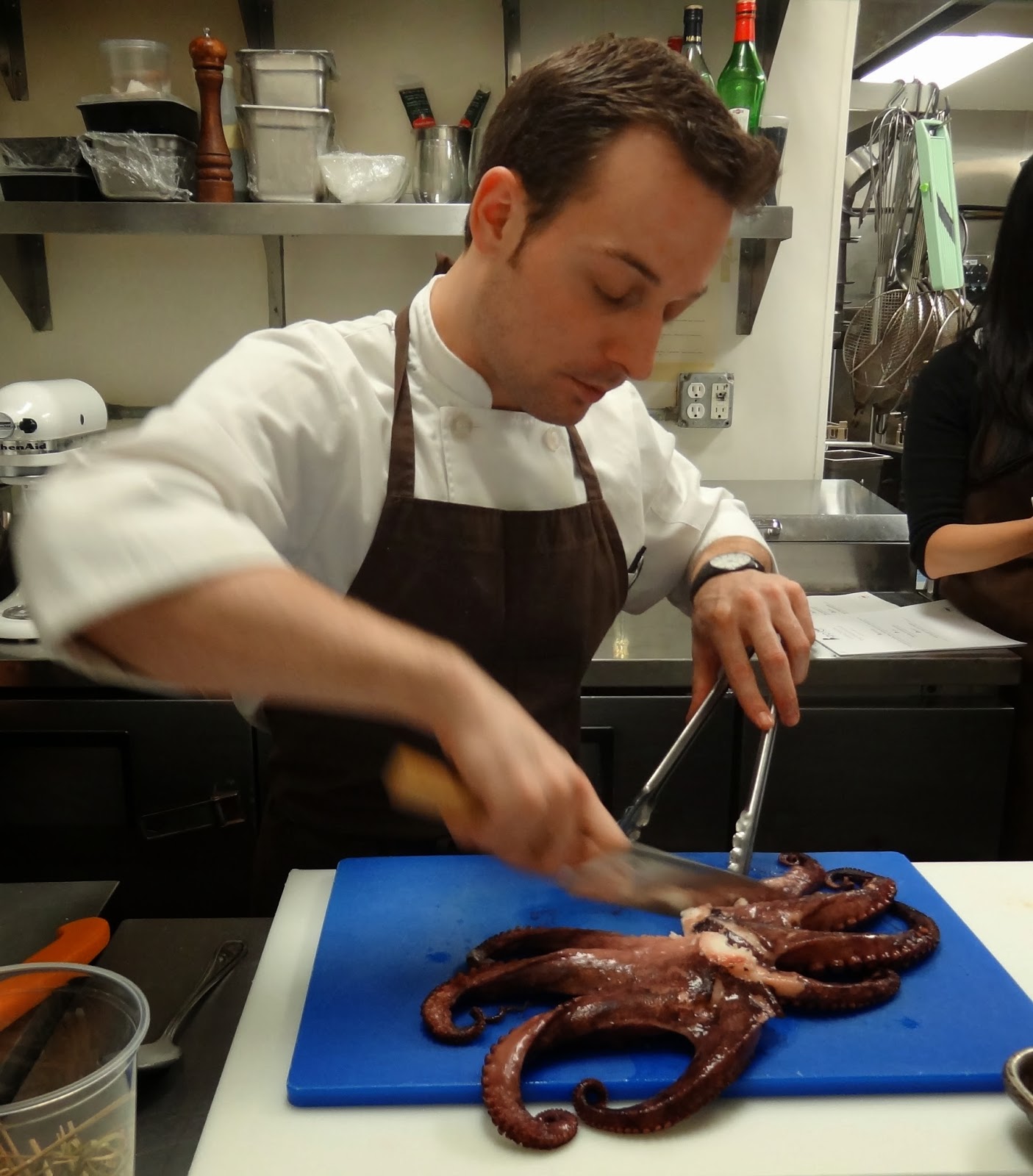 The chef could have cut it with a butter knife, it was that tender.

After working with a few chefs who showed me their way to cook
octopus, I finally learned how to cook it so it's tender and not chewy. 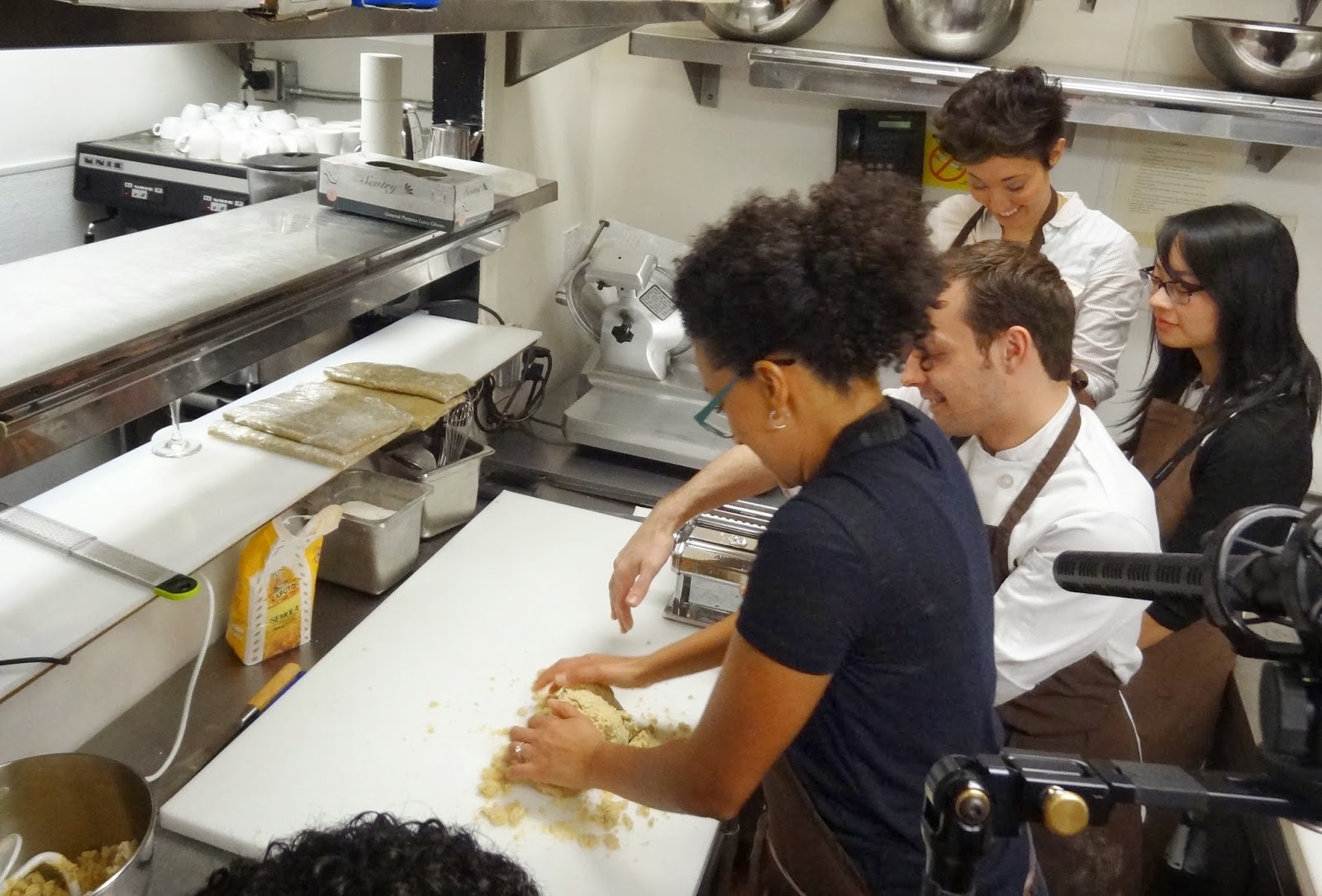 The chef showing us the art of pasta making
and then it was time to flex our muscles. 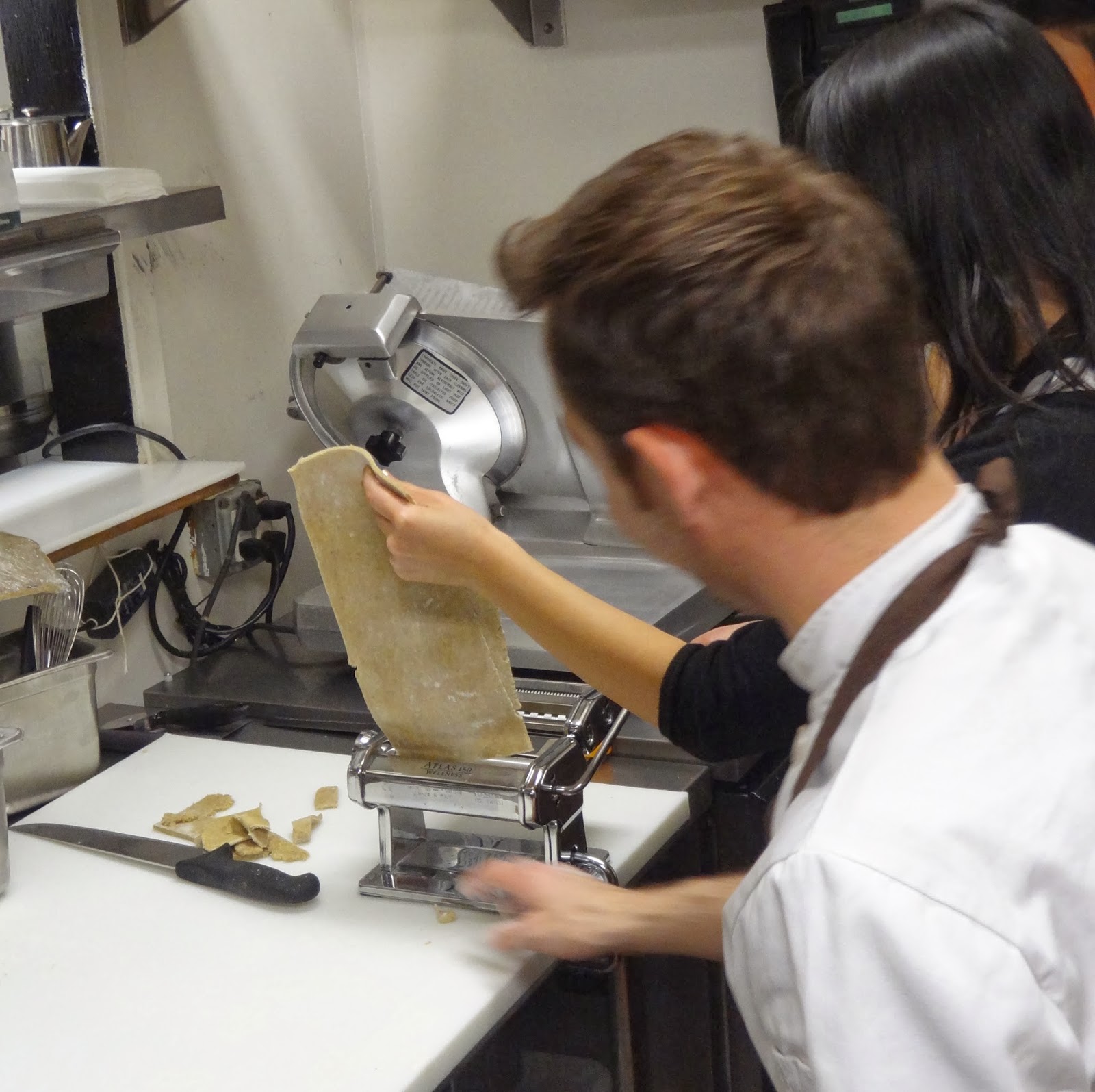 Rolling pasta out to make tagliatelle 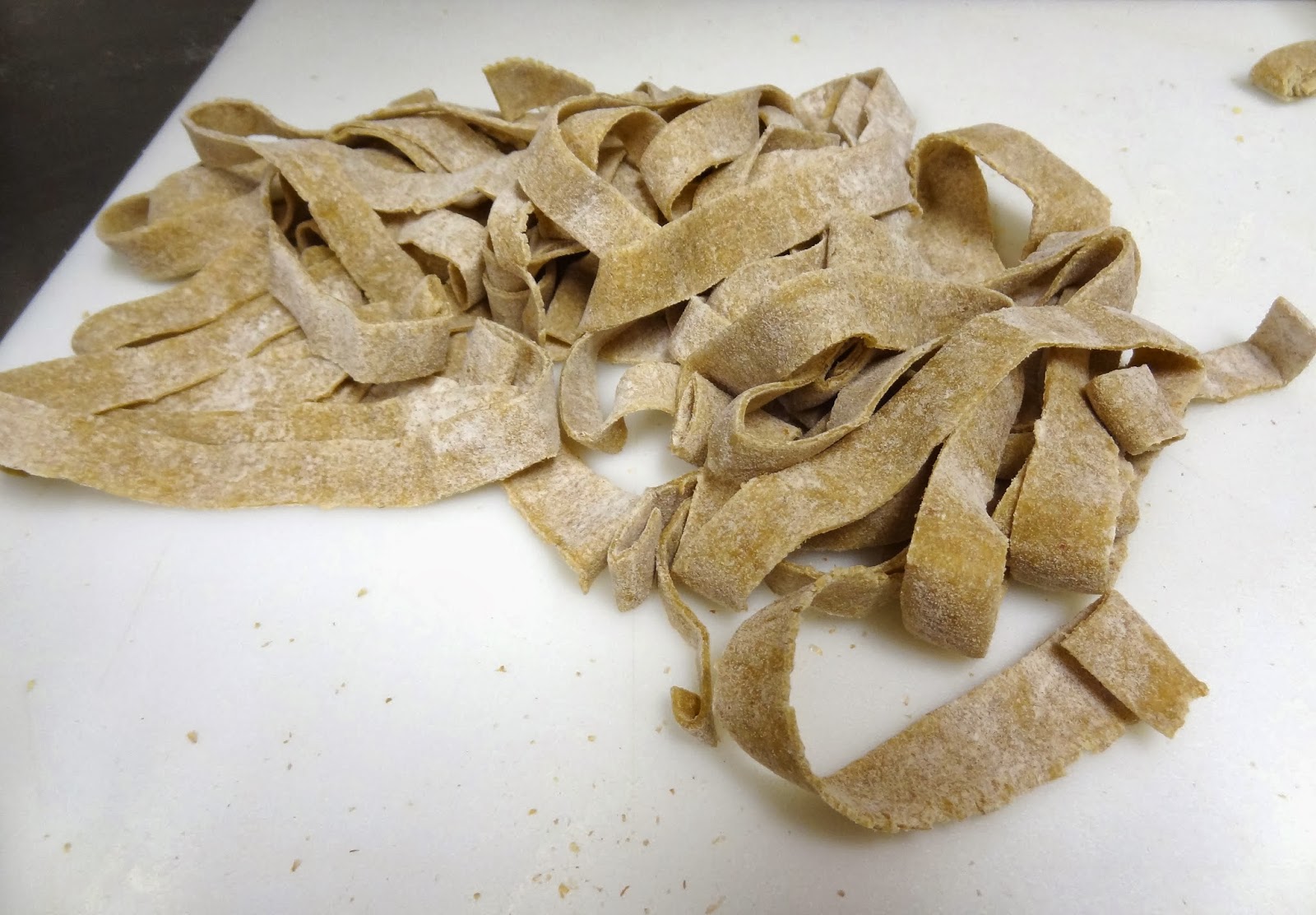 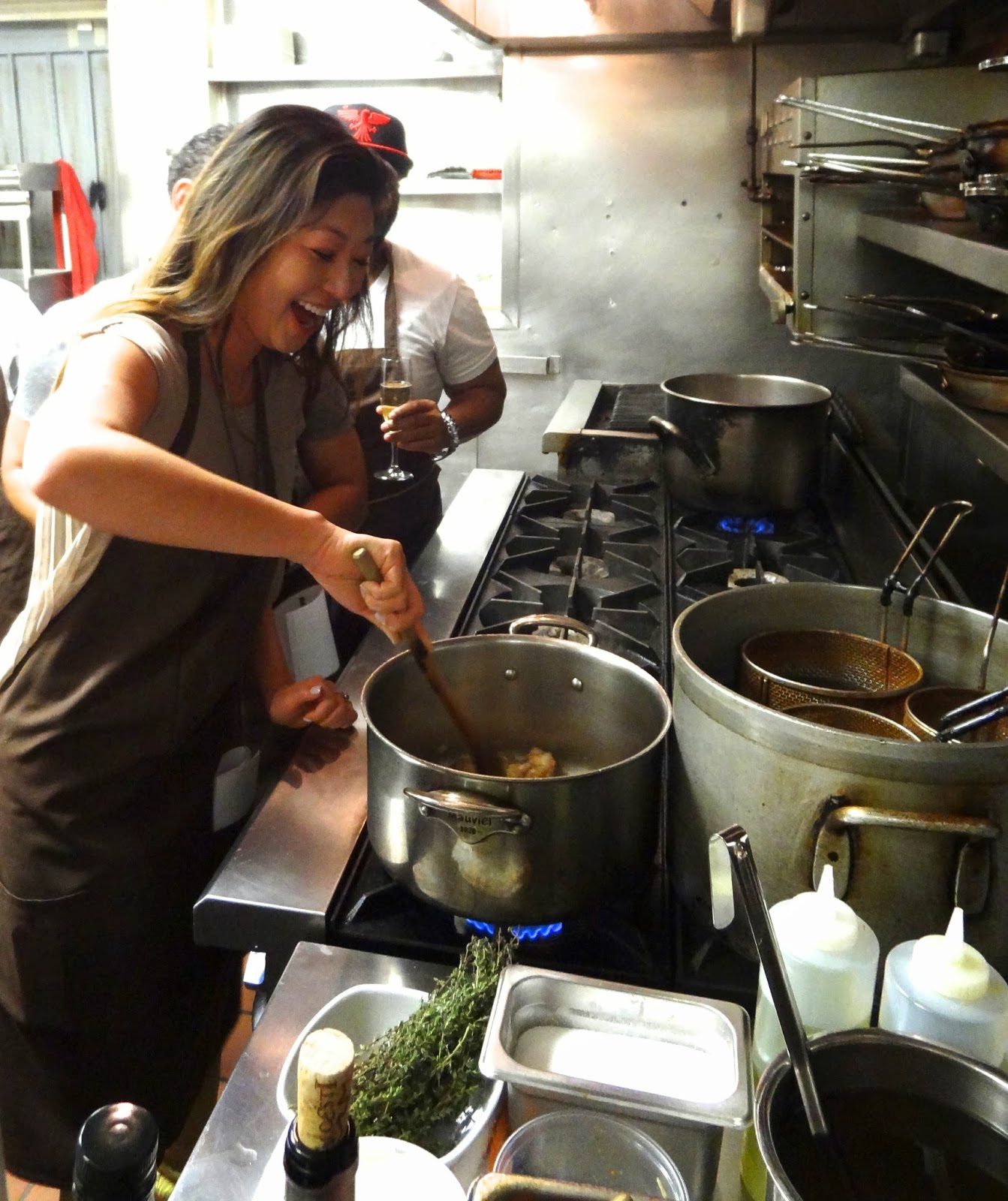 @TammyLaLaLand did a great job
with the veal bolognese sauce,
under Chef Christian's supervision of course. 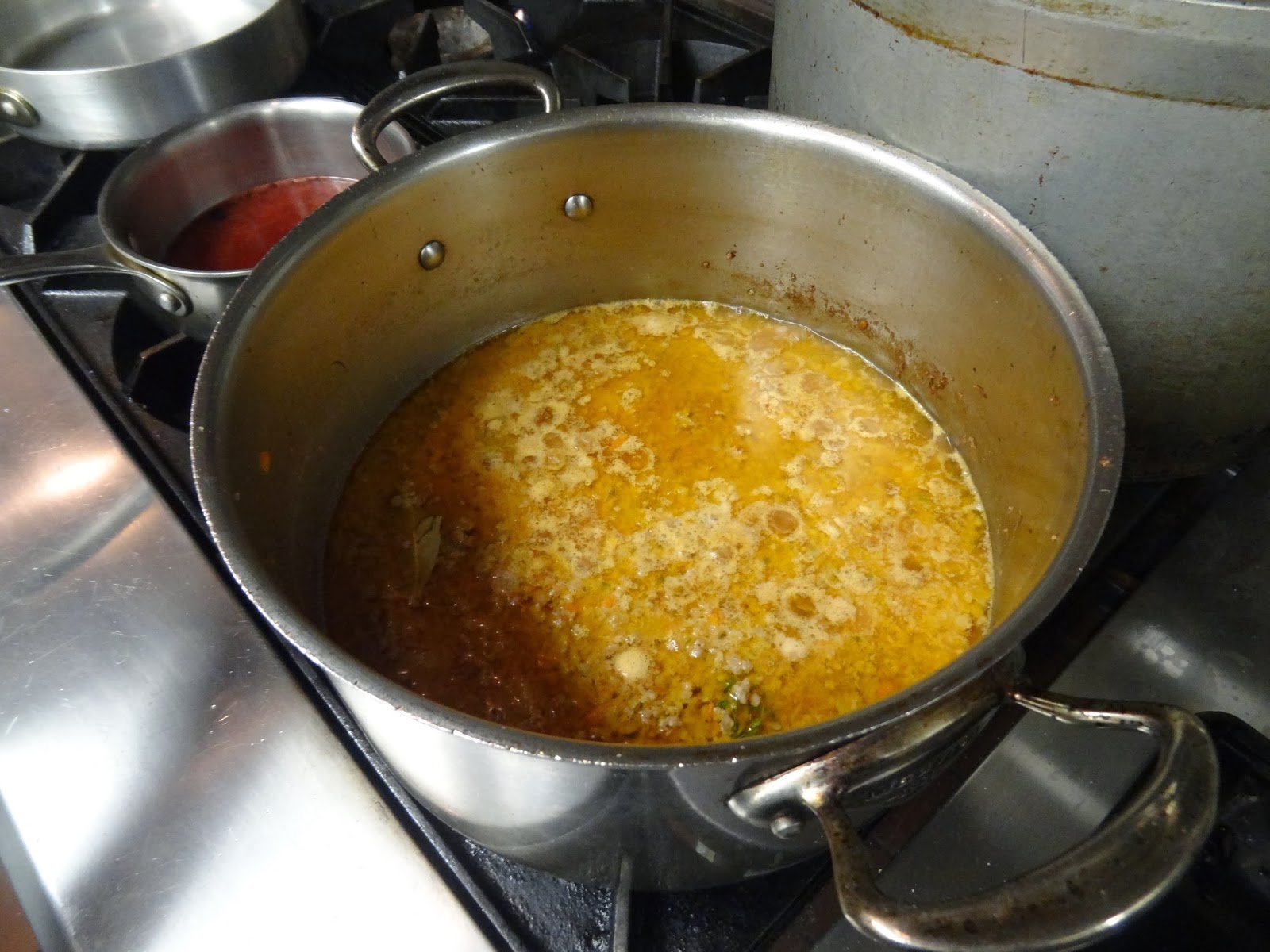 Gently simmer until the sauce thickens 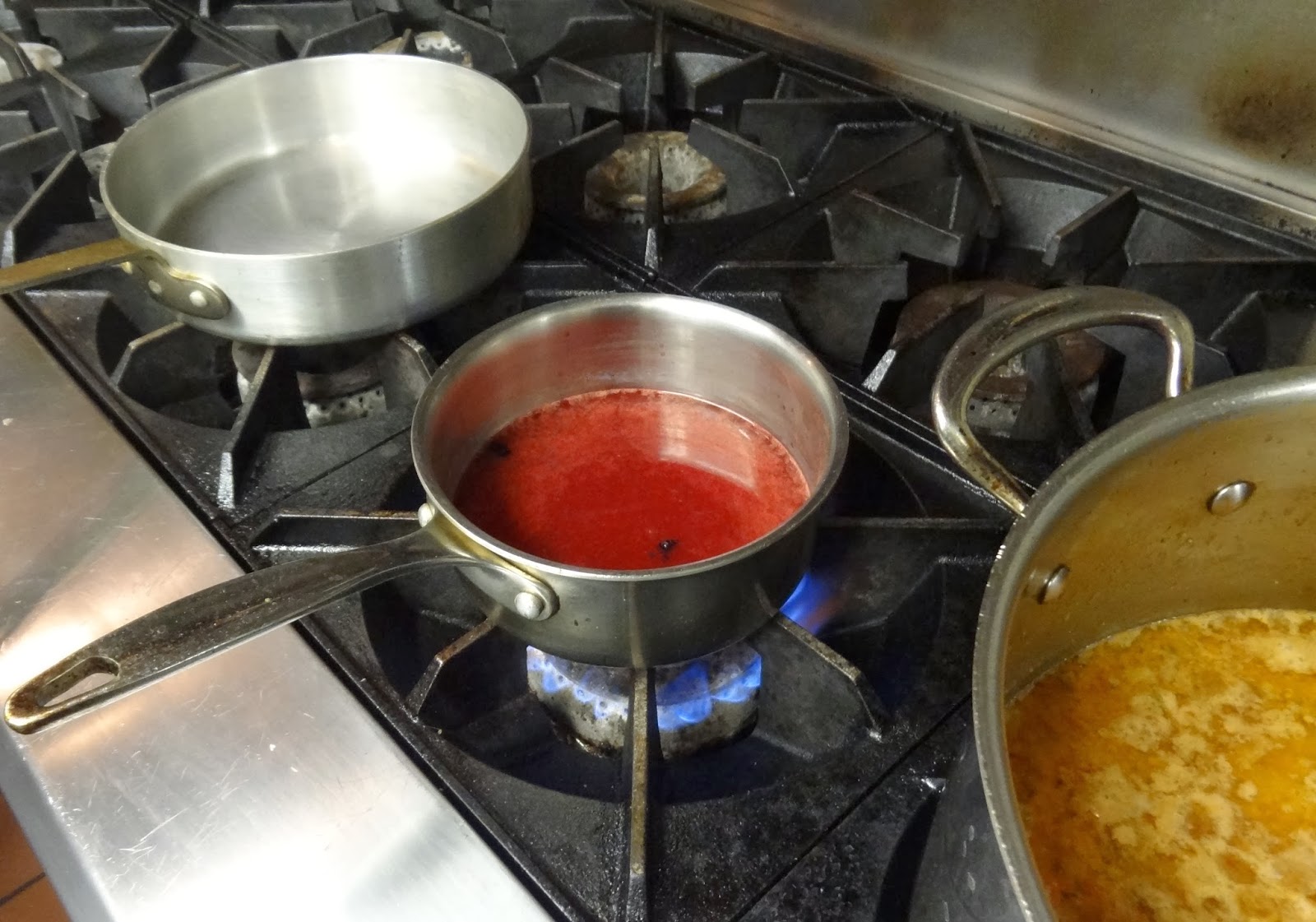 As the bolognese continues to reduce,
next was to make a blood orange sauce for dessert. 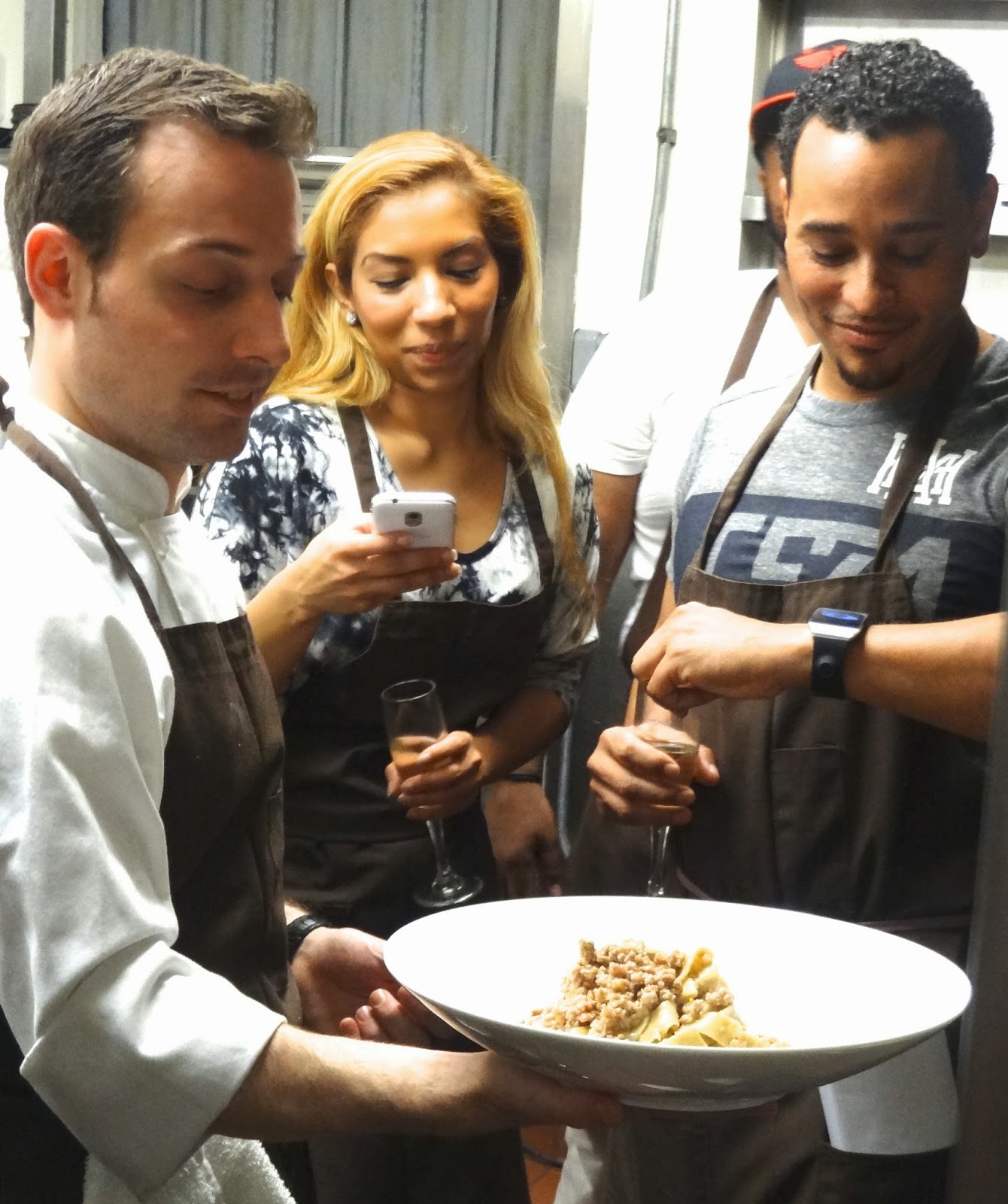 Once the bolognese was ready, Chef Christian
cooked the pasta and plated the dish. 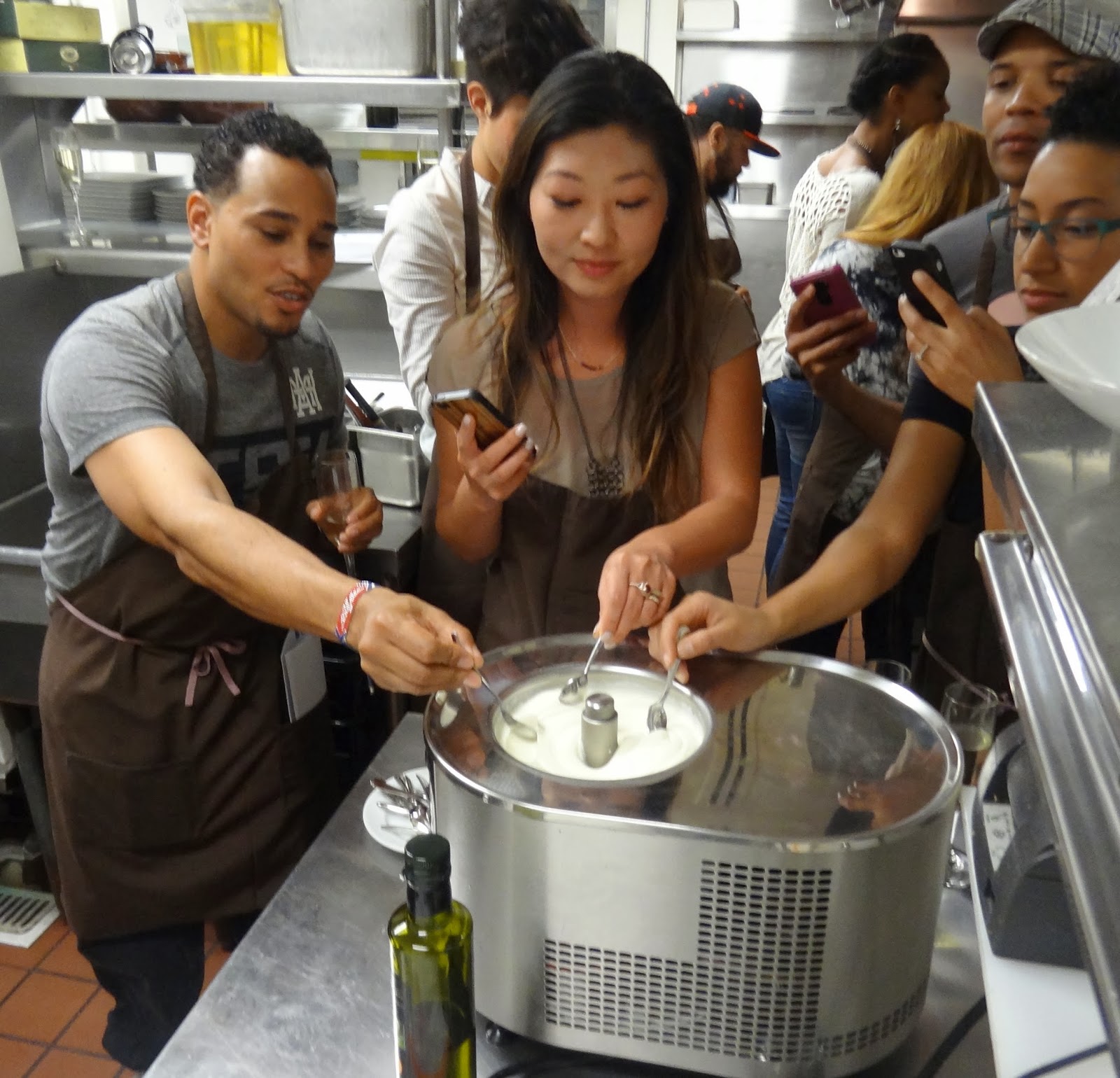 The milk gelato is ready for tasting

All of the components are now completed... 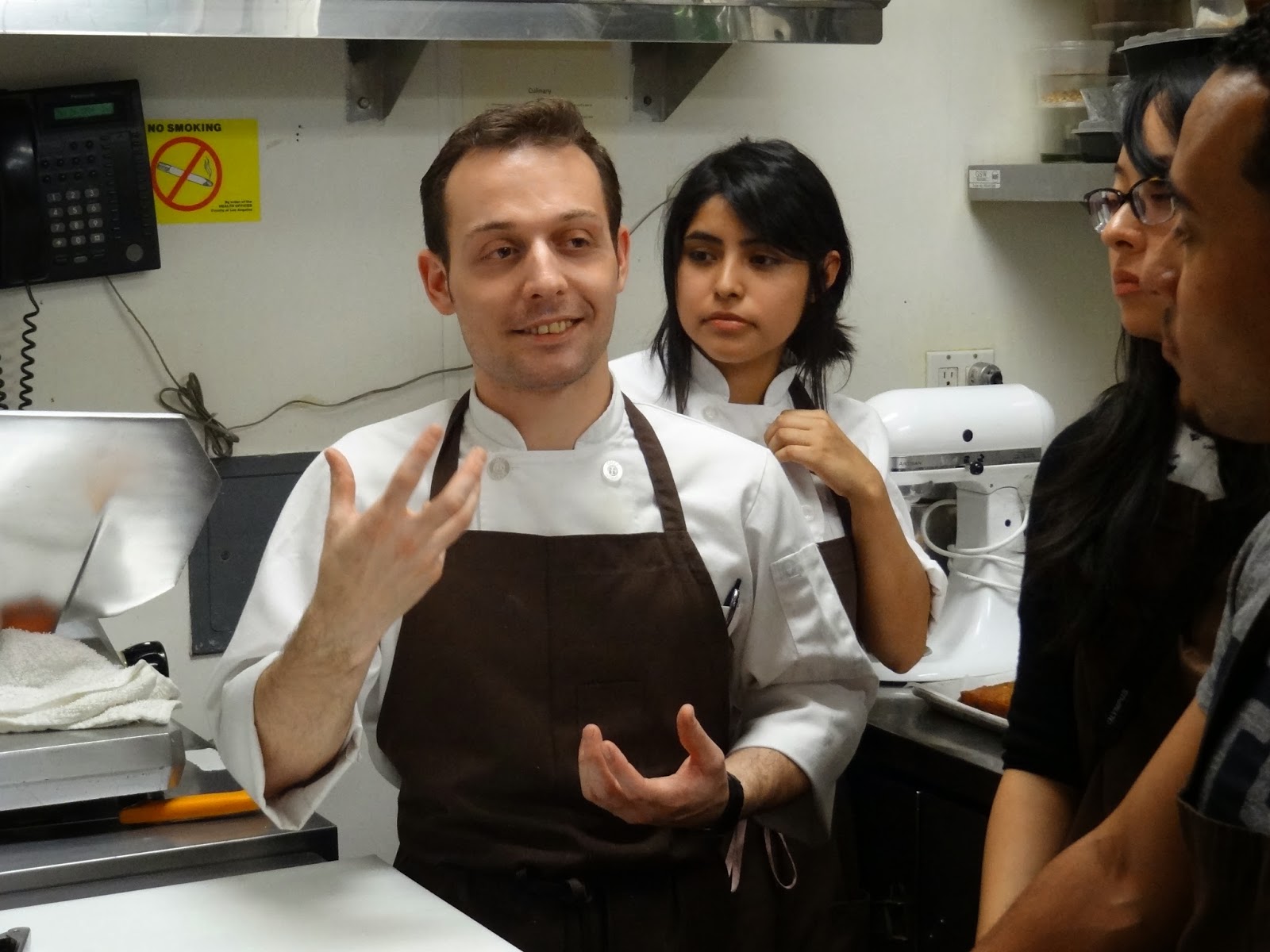 Chef Christian sharing some of his food knowledge

I've worked with different restaurateurs and chefs,
in different kitchens, with all kinds of cuisines.
The ones you can truly learn from are the ones who are
passionate about food and willing to SHARE their knowledge.
Chef Christian is one of the them...

I'm always interested in learning more about food and
preparation.  I was able to pick up a handful of tips from the chef.

This cooking class is for anyone from a novice in the kitchen
to someone who just loves to eat.  The chef and the staff are
welcoming and very knowledgeable.  The dishes selected
are ones that you can make at home, recipes were supplied.

The chef did mention that each class will be a different menu,
classes will be announced on their Facebook page.

it was time to take off our aprons and
take our seats at the patio table. 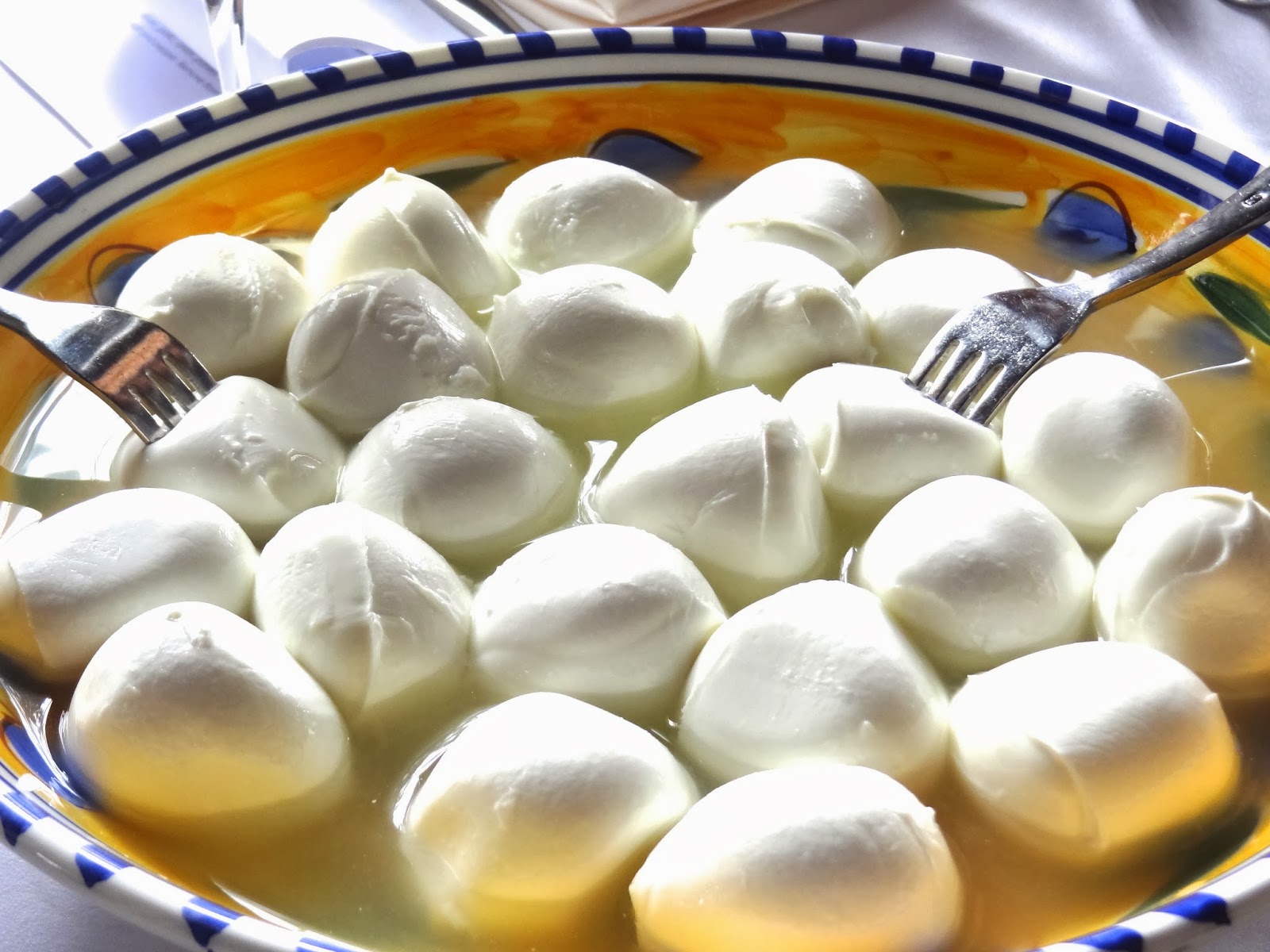 We were lucky that one of the restaurant partners
returned from Italy with some freshly made mozzarella
the day before.  Mozzarella Di Bufala with olive oil and
fresh ground pepper is awesome and this was REALLY good! 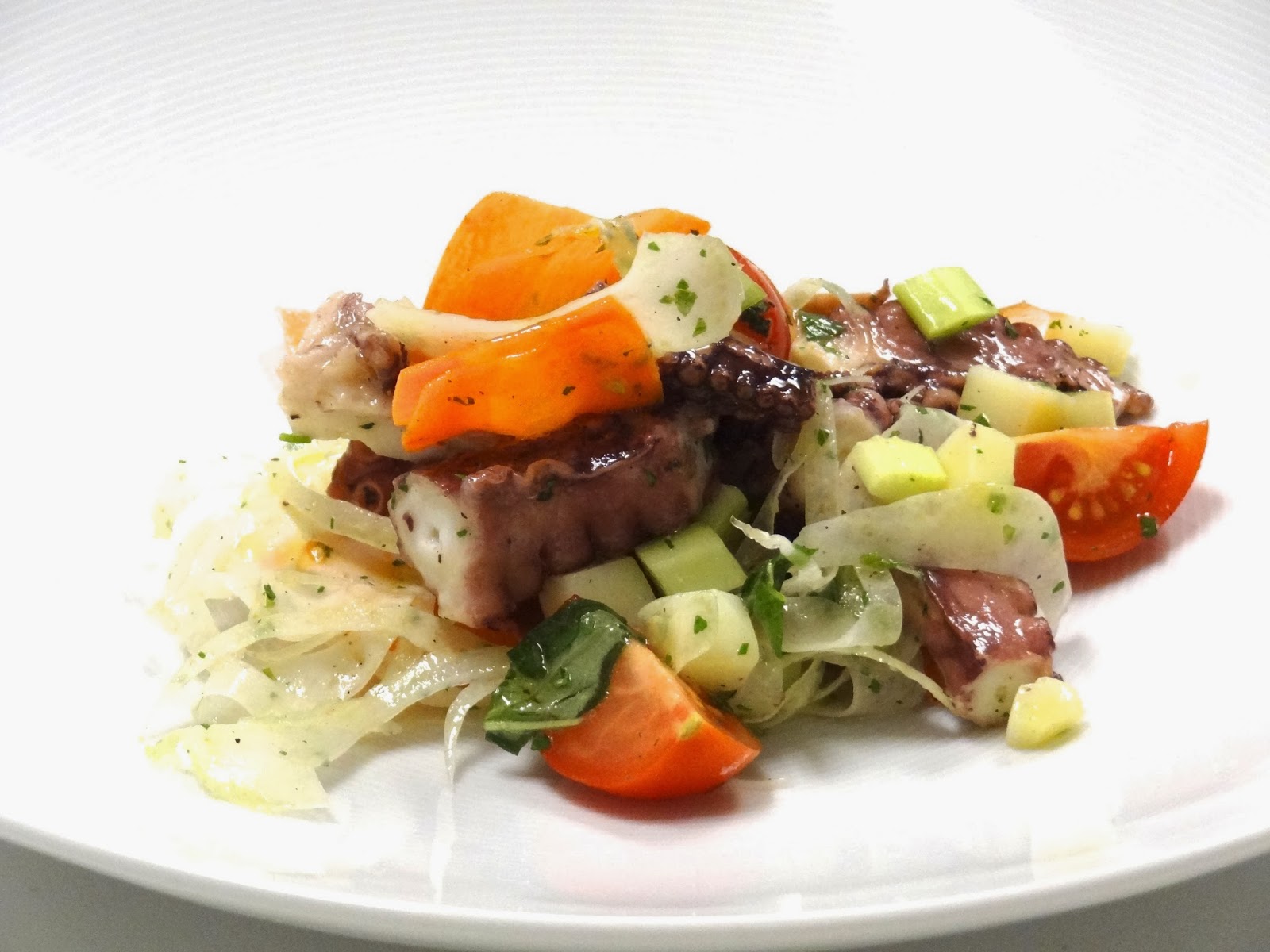 I've had a salad similar to this before, but
the octopus was not even close to being this tender. 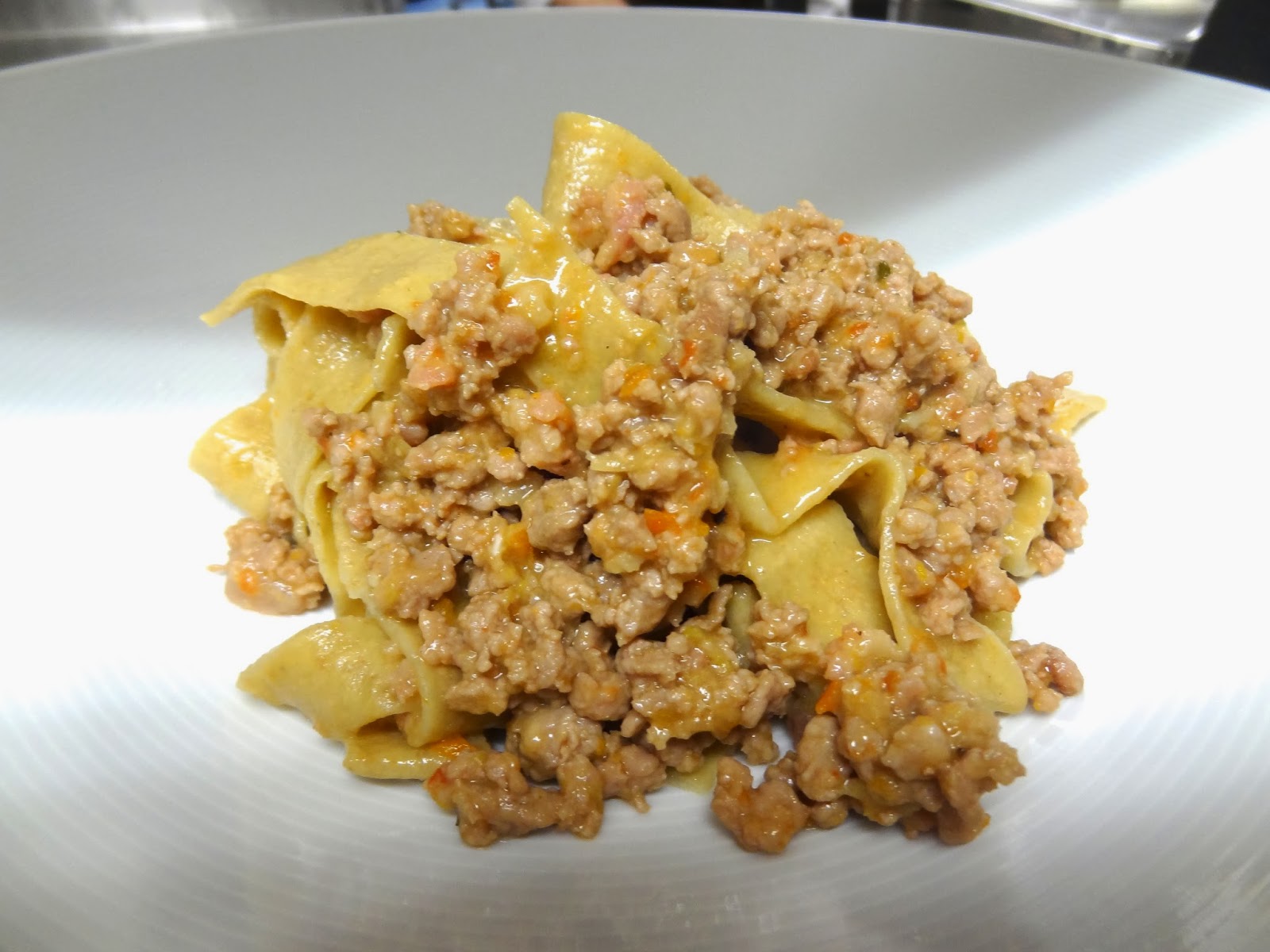 A simple, yet flavorful, sauce that went
well with the hand-made pasta.
The chef used a semolina flour from Italy
that made the difference in flavor. 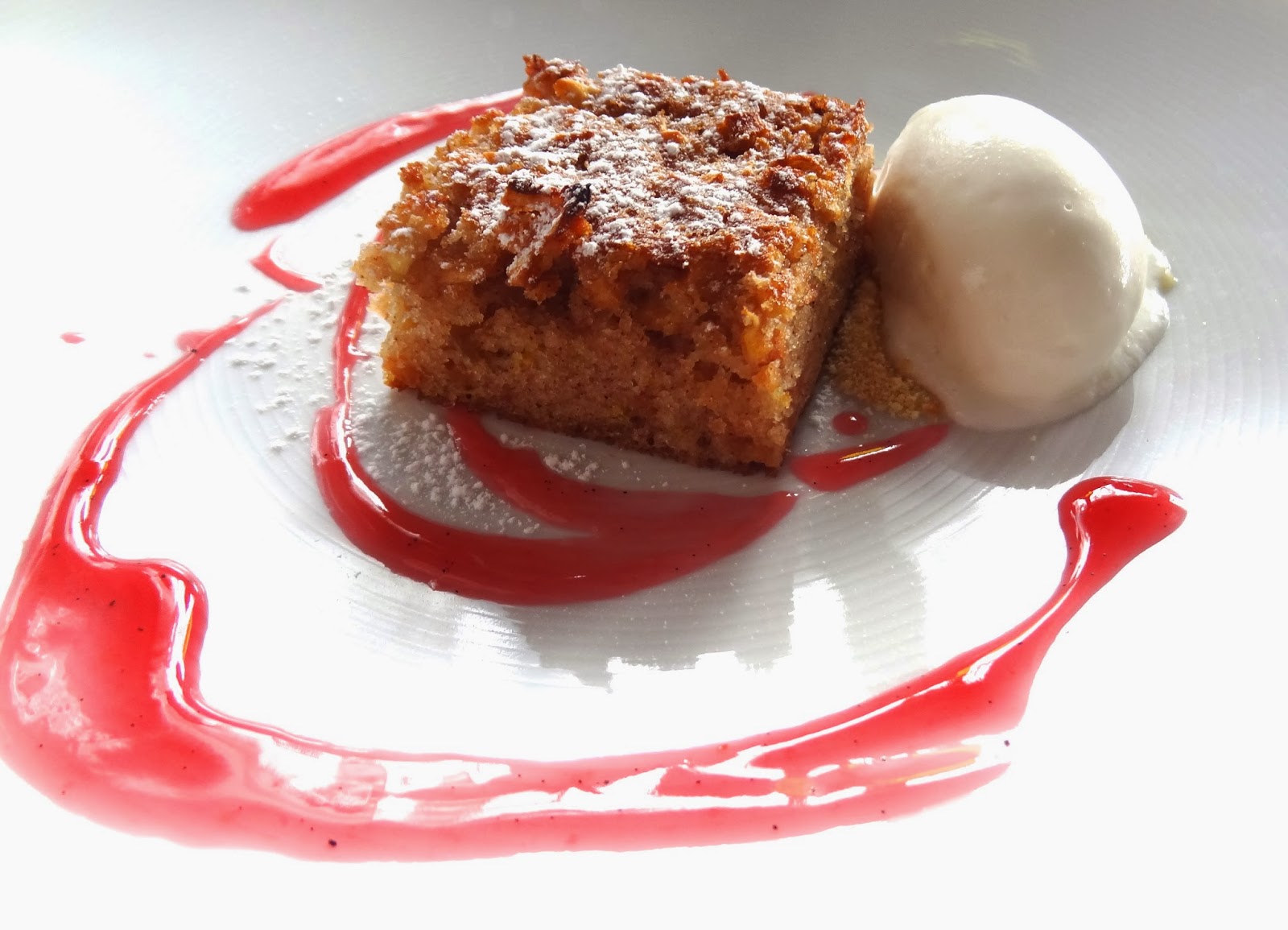 Not sure if I've had an apple tart that I'll remember
for awhile (and got the recipe too), it was nice with
the blood orange sauce and the milk gelato.

It was a nice way to spend Grammy Sunday without
thinking about serving up to 3,000 people.  Met some
new food people, met a couple of people whom I follow on
social media but have never met IRL, had some wine,
good food, and learned a few things too...
I'd say it was a Good Day!

Cooking Classes:  One Sunday a month
See their Facebook page for details.