The Earl has Arrived!

I used to do a lot of traveling, one of the places that I was fortunate to visit was Orlando for both business and pleasure.  One of the places I enjoyed visiting in Orlando was Earl of Sandwich.  The night before my first visit to the Earl, I had a really nice Caprese salad, made with sliced fresh buffalo mozzarella, tomatoes, and basil, seasoned with salt and olive oil.

When I arrived at the Orlando Earl, all I thought of was last night's Caprese salad and I ordered their Caprese sandwich.  With a drizzle of balsamic vinegar and pressed like a panini sandwich, I really enjoyed it.

I was excited to find out that Earl of Sandwich had opened at Downtown Disney® in Anaheim.  While I surprised my nieces with a holiday trip to Disneyland in December, I got to have another Earl sandwich. 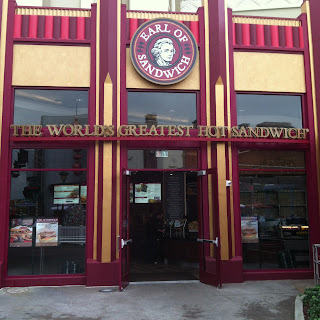 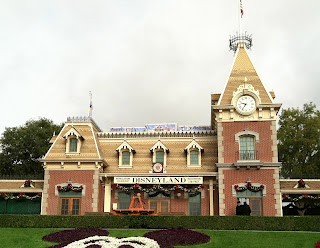 Not too far from the Main Entrance
of Disneyland 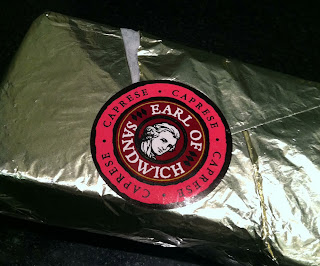 The Earl of Sandwich has a selection of both
hot and cold sandwiches, wraps, and salads. 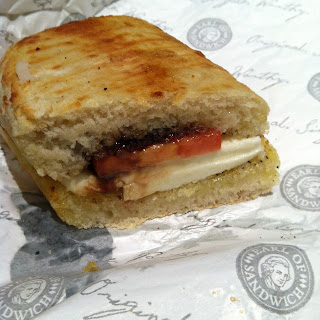 (Not a bad price for a sandwich at Downtown Disney®) 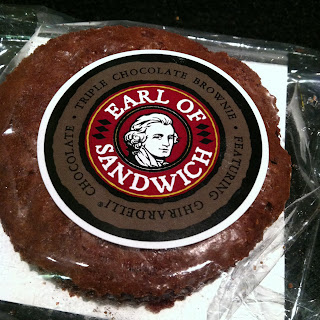 I was bummed that they were out of the
Triple Chocolate Brownie Bites
$3.99

BUT, the brownie was satisfying
on the drive home.

Culinary Cara said…
You ordered the same thing I get whenever I go there! I'd definitely like to know how they make their brownies :) Love those things
April 29, 2013 at 9:23 PM