After a wonderful evening at the Hawai'i Food and Wine Festival, not sure if I can top Day 4, but we'll see... Still on Pacific Daylight Time, I got up early and was hungry. 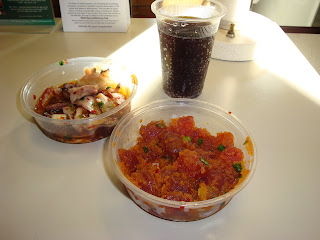 A favorite place of mine for poke...

After breakfast, I wanted to go somewhere before meeting up with my auntie and uncle for lunch. So I headed to Ko Olina to see Aulani, the new Disney resort, since I'm still a shareholder...

It was early Sunday morning, so didn't take too long to get out to Ko Olina, just had to remember to stay within the speed limit. 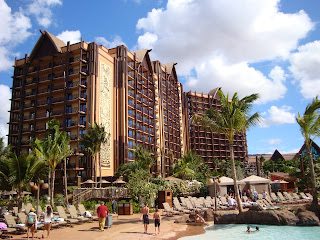 The parking shouldn't have surprised me...
Self Parking: $10 for the 1st hour
and $5 for every hour after that.
If you spend $35 or more, then
your parking is FREE 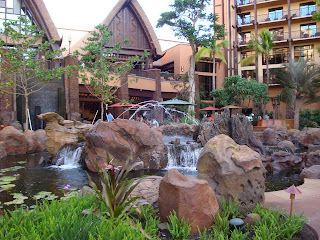 Behind the lobby of the resort

The character breakfast is behind the waterfall

The interior reminded me of the
Grand Californian Hotel
at Disneyland 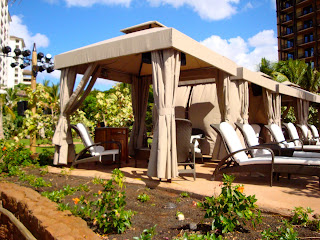 I think I prefer that resort over this one 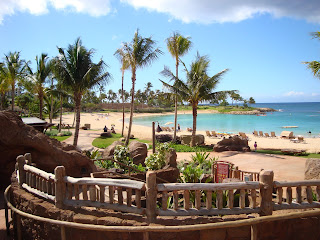 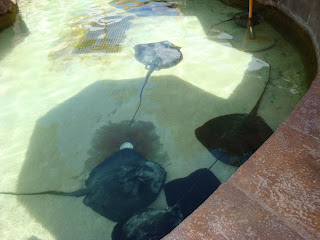 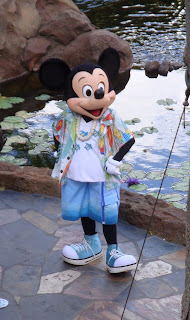 Still don't think Mickey remembers me
from working at the Disney studios... 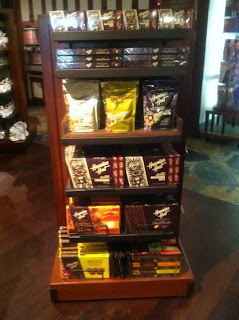 Now it's time to head back to town and pick up my auntie and uncle for lunch. We headed to a family favorite restaurant on King Street. 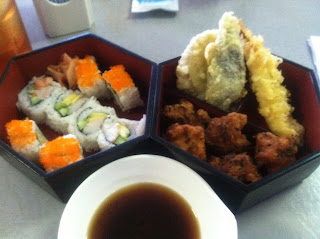 Gyutaku is a family favorite for good Japanese food. They don't try to be fancy or fusion, just old skool and the kind I remember growing up.

Some last minute business came up, so ended up getting work done and there went the afternoon. Didn't feel like going out, so headed for Rainbow Drive In on Kapahulu Avenue. I realized that today was their 50th Anniversary! 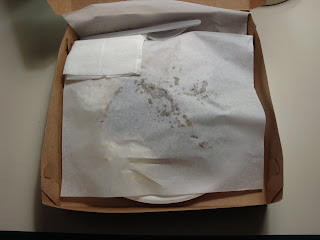 Wondered what I ordered? 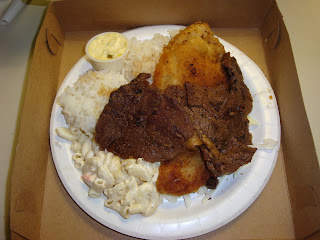 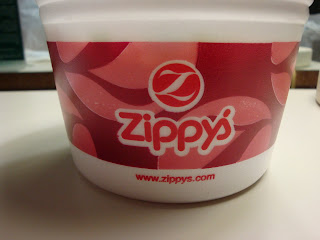 Before heading back, had to make one more stop

Those who know me,
it took 4 days for me to stop at Zippy's.

Usually it's one of my first stops... 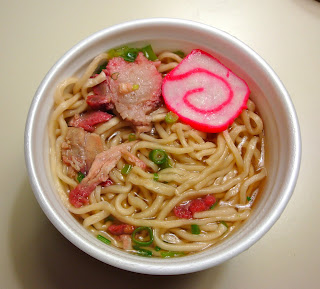 Day 5 was a good day, saw my family and it couldn't have gotten any better...