After a crazy day, boarded a Hawaiian Air flight to Honolulu aboard the New A330. I haven't been on an Airbus 330 before and it was pretty comfortable, fell asleep so didn't get to use much of the inflight entertainment system. 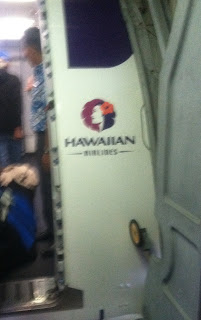 As I was waiting in baggage claim, decided to check-in on Facebook. While I was on the rental car shuttle, received a text from an old friend inviting me to hangout with them at a nearby restaurant, he saw that I arrived at the Honolulu airport. But before I did, needed to stop off at Palace Saimin and meet up with a foodie friend @onokinegrindz. 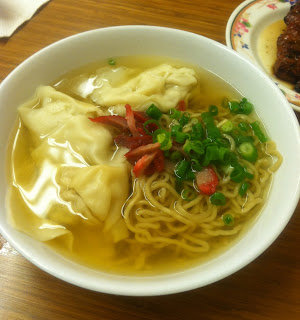 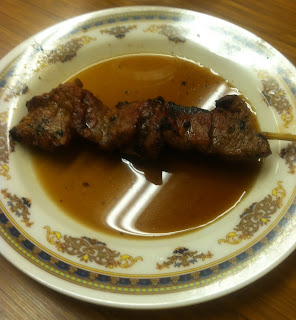 Can't have saimin without a beef stick or two

Palace Saimin is one of those places that only serves one thing
and does it well,
just like when I was a kid...

Now it's off to meet up with my old friends!
Just have to remember what the rental car looks like... 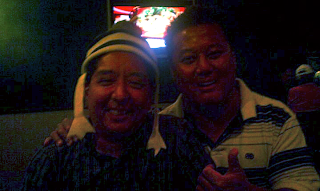 Wearing a chicken hat with my friend Ward*
The hat is from the server who went to Octoberfest
Not sure why I was wearing it...

It was good seeing Fongie and Ward. It was 10 years ago this week
that my sister and brother-in-law got married. Fongie helped out my
sister get in touch with the right people for her wedding in Ko Olina.

Will see more of these guys later in the trip.