July 16, 2011
Carmageddon 2011
Saturday, July 16th
West Los Angeles
Day 1
What was I thinking by agreeing to meet my client in West LA on Carmageddon? Well, Duty Calls, so we met inside the Hot Zone. At least we could meet in the morning and avoid most of the mess. 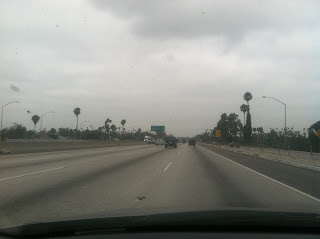 10 Freeway heading West
7:30 AM
On my way to the meeting site, my business partner called, he's on the 405 heading to WLA and says no traffic and will be early. He took the 405 so he could say he drove on Carmageddon. I too am making good time, no traffic. 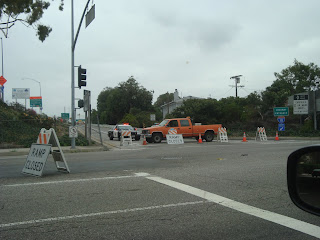 Freeway Closures in WLA
8:40 AM 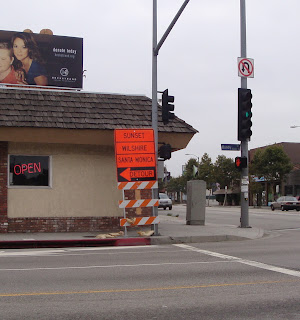 Lots of Detours on the Westside
8:35 AM
Arrived at the meeting site in plenty of time. Had a good 3+ hour meeting and now it was time to eat before heading home. As I drive away, I'm thinking, there's no traffic. Where did everyone go? 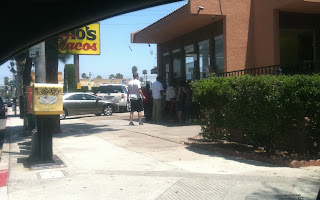 Tito's Tacos at 1 PM
Just South of the 405 Closure
When was the last time you saw Tito's this empty on a Saturday at lunch?
NEVER!
Can you say Twilight Zone?
Inside there wasn't a line at all and was the shortest wait EVER! 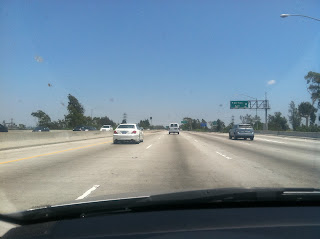 Heading Back to the World Headquarters
10 Freeway East
1:15 PM
OK, this is scary. Where is everyone? 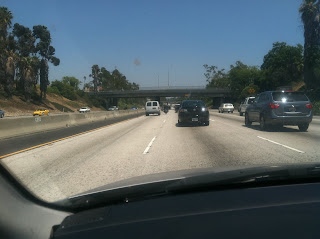 Traffic Slowing
Did I speak too soon?
No, CHP pulled a car over on the shoulder. Guess it caused a lot of interest, since there wasn't much going on otherwise. BTW, a lot of CHP (California Highway Patrol) visible today, had to keep it under 80. Hard when there's no traffic... 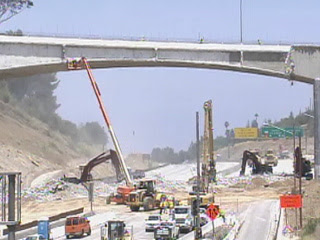 Reason for the 405 Shutdown
They're tearing out half of the Mulholland overpass
Half a million cars, trucks, and buses will be detoured during this 53 hour closure.
Am I going to venture out to the Hot Zone again tomorrow? No, I lucked out today. I've never seen the freeways in Los Angeles this empty, except on a holiday. Reminds me of the 1984 Olympics, people listened, worked off hours, and/or left town. AND what I've saw of the 405 this morning, haven't seen it this empty since I drove in Vice President Al Gore's motorcade to the airport. Well, I guess that was different, since the CHP and Secret Service shut it down...
We Get To Do It Again Next Summer Too...
Lord help us...
Photos by Jay Terauchi
(c) Kahuna of the Kitchen
10 Freeway 405 Freeway Carmageddon Jay Terauchi Kahuna of the Kitchen Tito's Tacos West Los Angeles