For most people, the difference between prawns and shrimp are too close to distinguish between them. Shrimp have small side flaps that overlap on the first through third abdominal segments and prawns have first and second anterior segments that are closely the same size. They're pretty much the same... 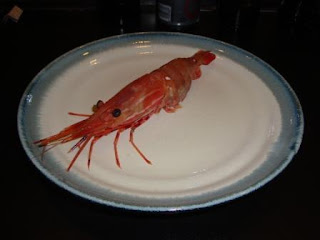 Those of us who live on the West Coast are fortunate to have spot prawns right in our backyard, they're shipped all over the world. They have a very sweet flavor, hence why the Japanese call them "amaebi" or sweet shrimp. 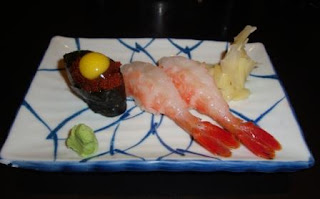 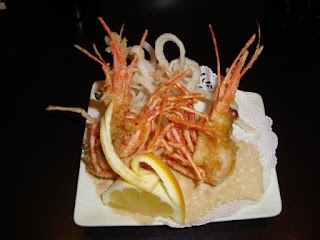 A lot of these spot prawns are caught from Santa Barbara down to San Diego, but the West Coast is a great breeding area for them. They're kept alive in cooled oxygenated tanks and most are sold alive. Once they die, an enzyme spreads through the body and the meat becomes mushy. Others are frozen and shipped to be enjoyed all over the world.

If you have the opportunity to try California spot prawns, it will have a sweet flavor to it and worth the extra cost. I really like them sautéed in a pan with some olive oil, a dash of garlic, lemon juice, and salt.

California has some of the best spot prawns in the world. Ten years ago when I was in Japan, they told me that they had the world's best amaebi and wanted to serve it to me. I laughed when I found out they were from Santa Barbara.

So, regardless if you have shrimp fried, boiled, grilled, served with cocktail sauce, or in a stir fry, Happy National Shrimp Day!